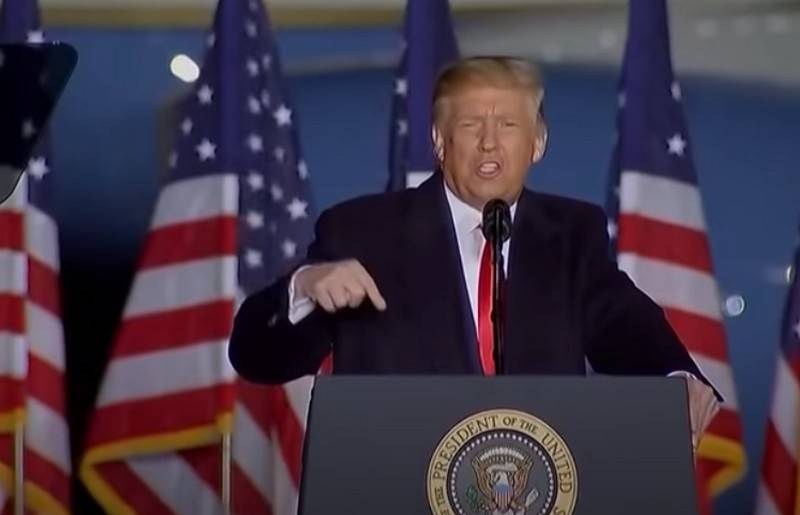 US President Donald Trump claims the Russian hypersonic missile is based on technologies allegedly stolen by the Russians from the administration of his predecessor, Barack Obama. He stated this at a campaign rally in Minnesota.


Trump, speaking at the rally, responded to accusations that he had previously disclosed classified information about the latest weaponsdeveloped in the USA. According to him, Russia received this information from the administration of US President Barack Obama, and he (Trump) only announced that the United States has super-modern weapons.

Trump announced the creation of a "super-duper-rocket" back in mid-May, adding that the American rocket was "the fastest in the world." Then he argued that the United States has weapons that "Russia and China will envy."

They don't know what we have, but they know it's something that no one has ever heard of
- he explained.
Ctrl Enter
Noticed oshЫbku Highlight text and press. Ctrl + Enter
We are
Interview of Vladimir Putin with Radio Europe-1 and TF1Yuri Drozdov: Russia prepared the role of the sacrificial calf
89 comments
Information
Dear reader, to leave comments on the publication, you must to register.