Overview of the Ukrainian group of forces in Donbass: forces, means, costs 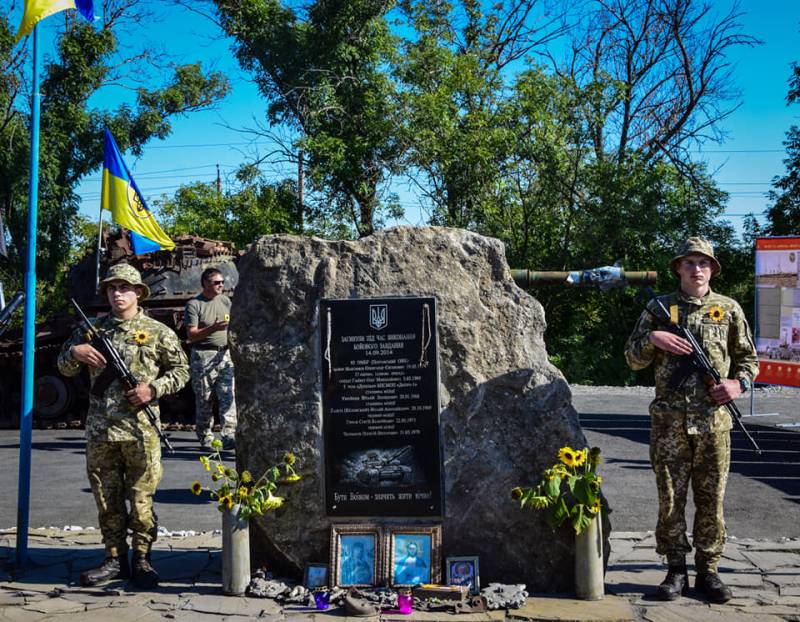 It is difficult to understand why exactly Ukraine needs to keep a large grouping of troops along the line of contact with the Donbass republics, regularly shell their cities and towns, and organize sabotage and reconnaissance groups. She hardly needs the return of Donbass, because these are additional problems for her, which the country already has enough. There is no reason to expect any aggressive offensive actions from the LPNR either, because the republics have too modest opportunities for this, although they are quite sufficient for solving defensive tasks.

The armed forces of the DPR and LPR are opposed, respectively, by two Ukrainian operational-tactical groups (OTG). These are OTG "East" and "North". Now military actions against the republics of Donbass are called "Operation of the Joint Forces". Earlier, when punitive measures were called "Anti-terrorist operation", OTGs "Donetsk" and "Lugansk" were present here.

I would like to note that the data on the Ukrainian contingent in the Donbas are approximate, but give a general idea of ​​the forces concentrated here and their capabilities. Information on the number of troops and the availability of weapons in them was taken for 2017. Since the sides have not taken active offensive actions since then, it can be assumed that the numbers have not changed significantly.

OTG "Vostok" has about 20 thousand "sabers". Tank the troops consist of about 300 units of armored vehicles, most of which are T-64. There are also several modern modifications. The group is equipped with 800 armored vehicles. These are mainly BMP-1, BMP-2, BTR-70, BTR-80 and BRDM-2.

Self-propelled and towed artillery, numbering about a thousand barrels, consists of 2S1 and 2S3 self-propelled howitzers, approximately a battalion of D30 towed howitzers, 2A36 Hyacinth self-propelled guns, Msta-B howitzers, and M-12 Rapier anti-tank guns. There are also about 200 multiple launch rocket systems in stock. Among the Marines, there is a platoon armed with ATGMs. 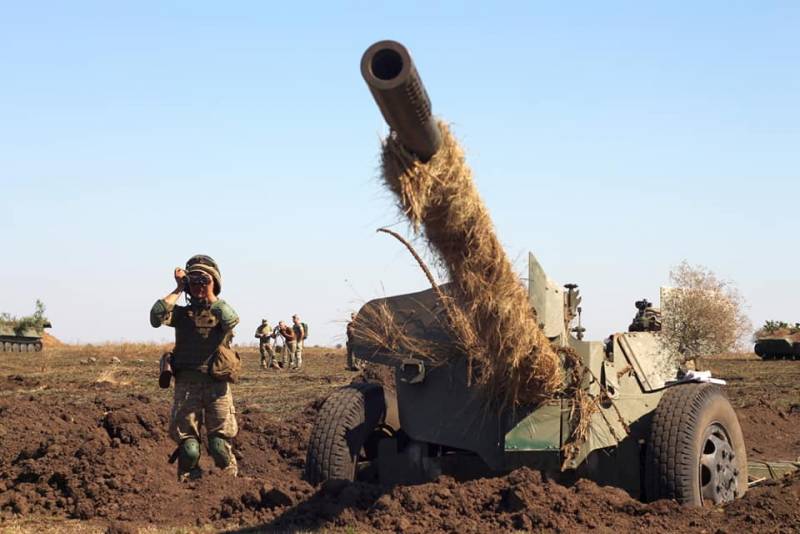 The Vostok group is equipped with air defense systems in abundance. There is everything you need - from MANPADS and ZU-23-2 to the S-300 and Buk-M1 complexes.

The OTG "Sever" has about 17 thousand servicemen. She is armed with 250 tanks. For the most part, these are also T-64s, but T-72s are also present. The rest of the armament is about the same as that of the Vostok group. True, the equipment of the MLRS is a little weaker - there are about 120 of them in stock.

In addition to the two OTGs, there is also the JFO headquarters, which is located in Kramatorsk. There is about a division of 203-mm ACS 2S7 "Pion", about three divisions of the MLRS "Smerch", approximately five launchers for ballistic missiles "Tochka-U".

Although manned aviation it has not been used in the conflict since 2014, it should also be taken into account. Of the army aviation, the Kramatorsk headquarters has about three dozen attack and transport helicopters. There are also combat aircraft of the Air Force of the Armed Forces of Ukraine Su-25, Su-24, Su-27, MiG-29 and training L-39 Albatross.

Let us consider in more detail some of the units of the Armed Forces of Ukraine, which are located in the territory of Donbass, indicating where exactly they operate. Since the divisions rotate periodically, the data may not be very accurate.

The 30th and 14th mechanized brigades are stationed in the Luhansk region. The positions of the 30th OMBR are located near the town of Zolote. She has been here for about six months. It will soon have to be replaced by the 72nd OMBR, which is now undergoing "combat coordination" at the "Shirokiy Lan" training ground in the Nikolaev region. It is possible that the rotation will be delayed due to the unfavorable epidemiological situation. The 14th brigade operates in the area of ​​the village of Zhelobok. 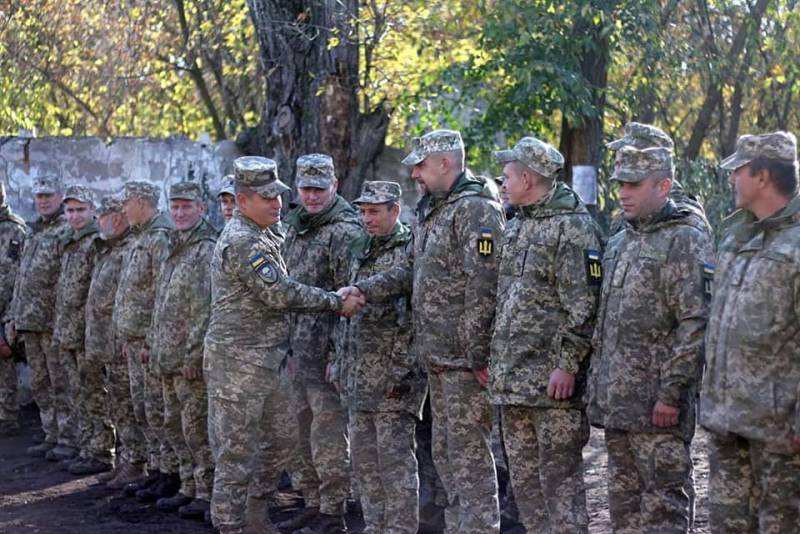 The 25th separate airborne brigade is also deployed in the Luhansk region.

They are also assisted by soldiers of the Special Operations Forces (MTR), carrying out sabotage and reconnaissance actions.

I will name a couple more units of the Ukrainian security forces operating on the territory of the DPR, in particular, in the area of ​​the Azov Sea coast. This is the 36th separate marine brigade and the notorious Azov regiment (an extremist organization banned in the Russian Federation). By the way, these units, to put it mildly, do not get along very well with each other. 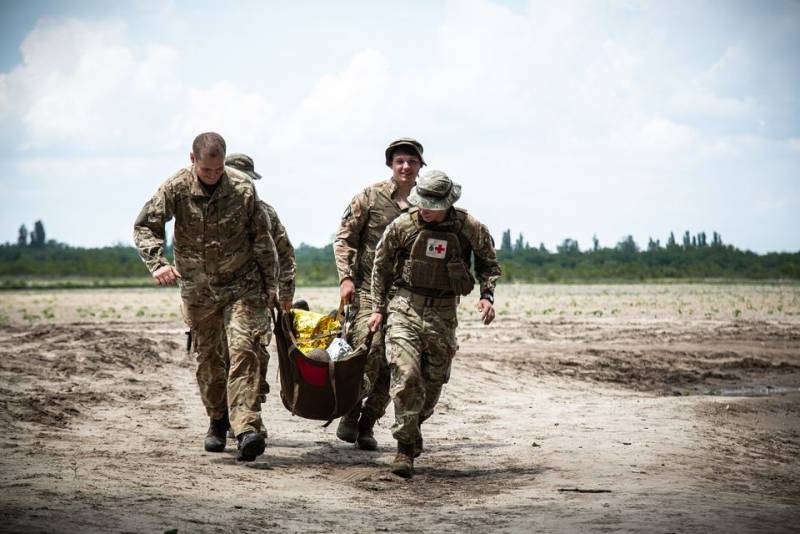 Local residents often inform the LPNR military intelligence services about the deployment of the Armed Forces of Ukraine units in the Donbas, many of whom consider the Ukrainian troops to be occupational.

The grouping of Ukrainian troops held along the line of contact requires huge expenditures from the state budget. Since 2014, at least $ 10 billion has been spent - according to the most conservative estimates, excluding related costs, which are also quite a few. The continued retention of the Armed Forces of Ukraine and the NSU, which are impressive in terms of their numbers, means that some Ukrainian forces continue to make money on this, as well as that an external directive is being worked out.

Ctrl Enter
Noticed oshЫbku Highlight text and press. Ctrl + Enter
We are
Summary of the week from voenkor Mag about events in the DNI and LC 21.04.18 - 27.04.18Summary of events in the DPR and LPR for 14.04.18 - 20.04.18 from the military commissar "Mag"
50 comments
Information
Dear reader, to leave comments on the publication, you must to register.