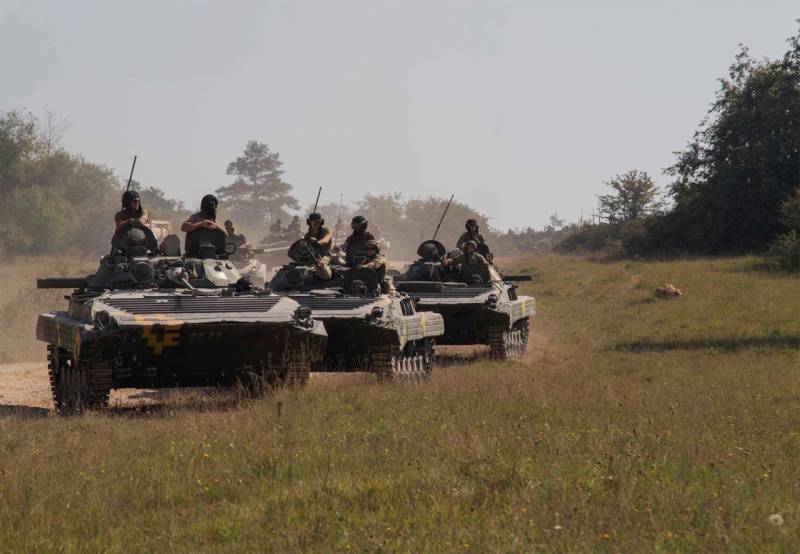 The Ukrainian military department reports on the participation of military personnel of the country's armed forces in international exercises that are taking place in Germany. We are talking about maneuvers called Combined Resolve XIV. These are maneuvers on the territory of the training center and the Hohenfels training ground (federal state of Bavaria).


On behalf of Ukraine, servicemen of the 28th separate mechanized brigade, which has a very loud name: "named after the Knights of the Winter Campaign", take part in the exercises on the territory of Bavaria. In addition to the Ukrainian and German military, contingents from the United States, Macedonia, Bulgaria, Italy, Slovenia, Romania, France, Lithuania participate in the maneuvers.

Attention is drawn to the stage of the exercises, where, as stated, “training took place between the crews of the BMP-2 of the Armed Forces of Ukraine and tanks M1A1 Abrams ". They did not dare to use the Ukrainian contingent in isolation. Instead, several BMP-2 BMP-28 of the aforementioned XNUMXth Omb "named after the Knights of the Northern Expedition" were included in the tank battalion of the US Army. 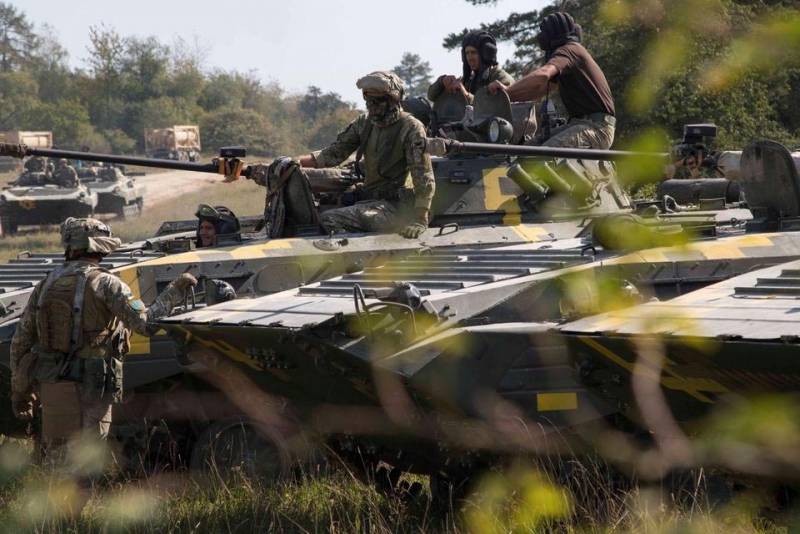 From the message of the Ministry of Defense of Ukraine:

During the active phase, our unit will carry out reconnaissance missions, defensive combat, participate in offensive actions, etc.
According to the latest information, the Ukrainian crews of the BMP-2 were first entrusted with covering, due to the forest plantation, the road along which the US Army Abrams convoy was moving to the firing range. At the same time, the wait for the passage of American tanks was somewhat delayed. 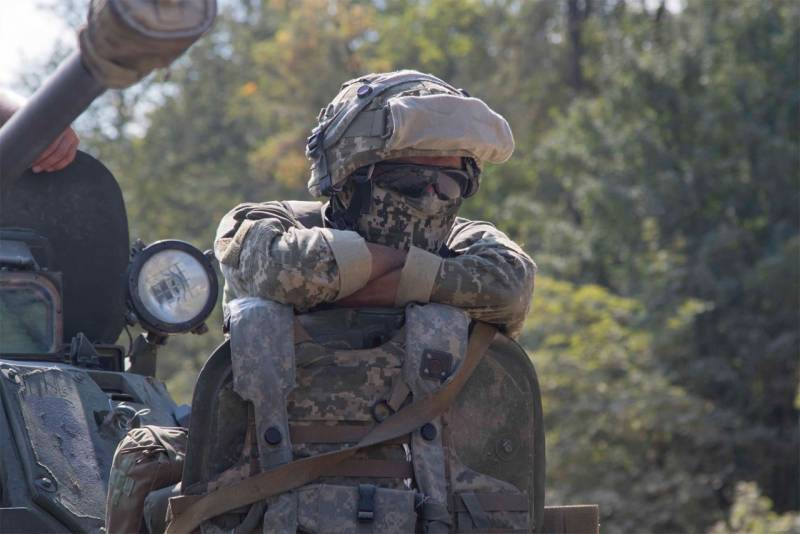 In this regard, it was not possible to verify the declared interaction of the tanks of the US Army and the Ukrainian BMP-2, by and large. The tanks arrived at the training ground and started practicing practical shooting, including night shooting. The "Knights of the Northern Expedition" only had to watch the actions of the American military. 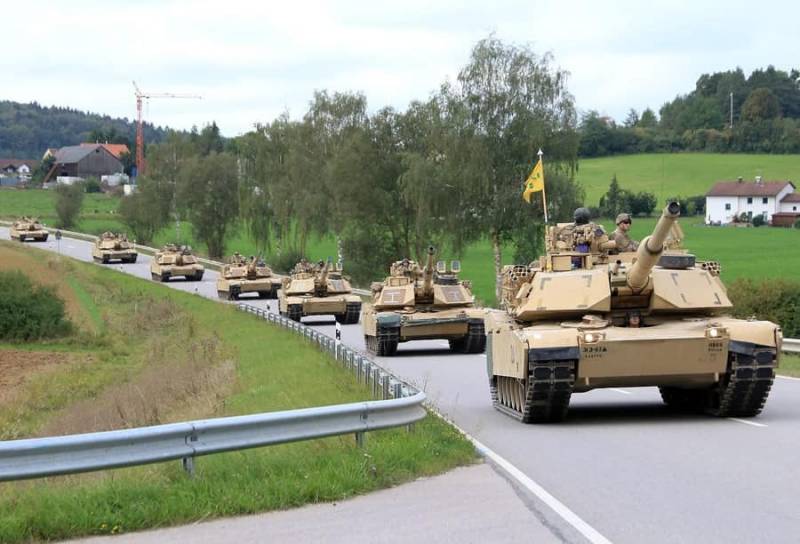 Photos used:
Ministry of Defense of Ukraine, Facebook / 2nd Brigade of the US Ground Forces

Ctrl Enter
Noticed oshЫbku Highlight text and press. Ctrl + Enter
We are
Summary of the week from voenkor Mag about events in the DNI and LC 21.04.18 - 27.04.18Reports from the militia of New Russia for 1 September 2014 of the year
50 comments
Information
Dear reader, to leave comments on the publication, you must to register.