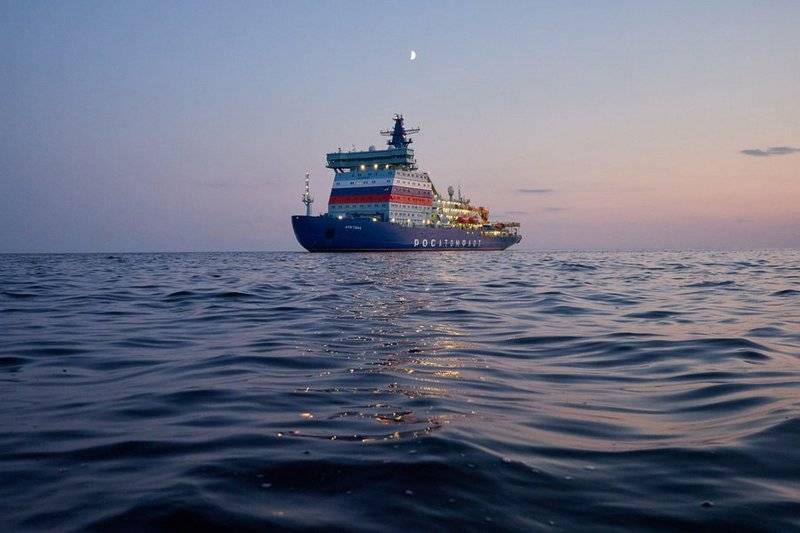 The lead universal nuclear-powered icebreaker of project 22220 "Arktika" has completed the second stage of sea trials, the vessel is fully ready to sail to Murmansk. This was reported by the press service of the Baltic Shipyard.


The second stage of sea trials of the icebreaker took place from June 23 to September 16 in the Gulf of Finland and the Baltic Sea. During the tests, the operation of the mechanisms and equipment of the "Arctic" was checked, the electric power system was tested in sea conditions and the maneuvering characteristics of the vessel at various draft options.

The sea trials program has been completed in full. Shipbuilders, contractors and delivery crews have done a lot. We are satisfied with the results. Nuclear icebreaker "Arktika" is ready to sail to Murmansk
- said the general director of FSUE Atomflot Mustafa Kashka.

At present, the icebreaker is at the outfitting wall of the Baltic Shipyard shipyard, from where it will leave on September 22 and begin its transition to Murmansk. The transition is planned to take about 2 weeks. The delivery of the icebreaker to the customer is scheduled for November 8 this year.

Ctrl Enter
Noticed oshЫbku Highlight text and press. Ctrl + Enter
We are
The main nuclear icebreaker of the 22220 Arctic project is ready for sea trialsLaid the keel of the first Soviet-era icebreaker with a capacity of 25 megawatts
73 comments
Information
Dear reader, to leave comments on the publication, you must to register.