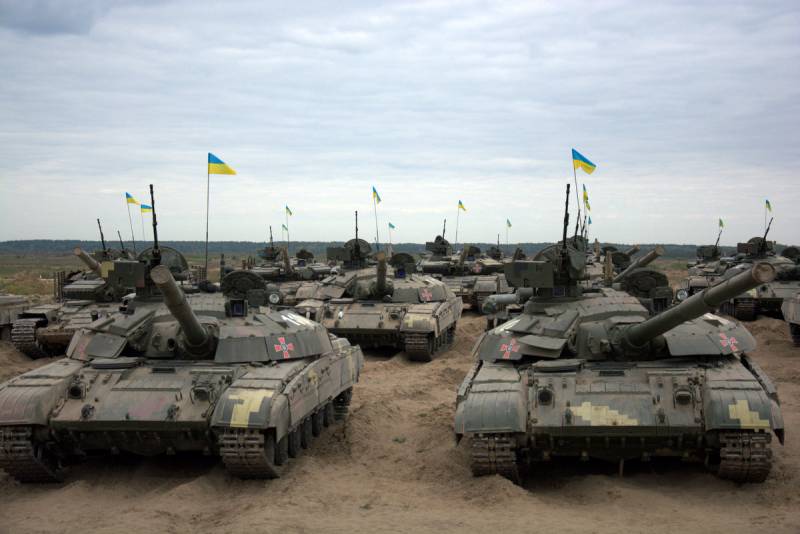 Kharkiv Armored Plant (KHBTZ) and State Enterprise Malyshev Plant (ZIM) begin the implementation of a joint program for the modernization of the main combat tank T-64BM2. This was stated today by the director of KHBTZ Vyacheslav Strelets during a visit to the enterprise of the head of the Kharkiv Regional State Administration Aleksey Kucher.


He also said that at the moment the enterprise has received an application from the Ministry of Defense of Ukraine for the overhaul of 13 pieces of equipment. Now there is a process of preparation for the execution of this task.

Conducted design work, processing of the body. A more powerful engine will be installed - the car will become more modern.
- said the director of the defense plant.

The amount of the signed contract is 136 million hryvnias, which is more than 360 million rubles.

According to the head of the enterprise, 398 people work at the plant today. On average, their wages are about 19 thousand hryvnia, which is equivalent to 49-50 thousand rubles. The Kharkov Armored Plant intends to complete 2020 with a profit.

The T-64BM is the main battle tank of the Ukrainian Armed Forces. It was created by modernizing the Soviet-made T-64BV tank.

Ctrl Enter
Noticed oshЫbku Highlight text and press. Ctrl + Enter
We are
Summary of the week from voenkor Mag about events in the DNI and LC 21.04.18 - 27.04.18Summary of events in the DPR and LPR for 14.04.18 - 20.04.18 from the military commissar "Mag"
47 comments
Information
Dear reader, to leave comments on the publication, you must to register.