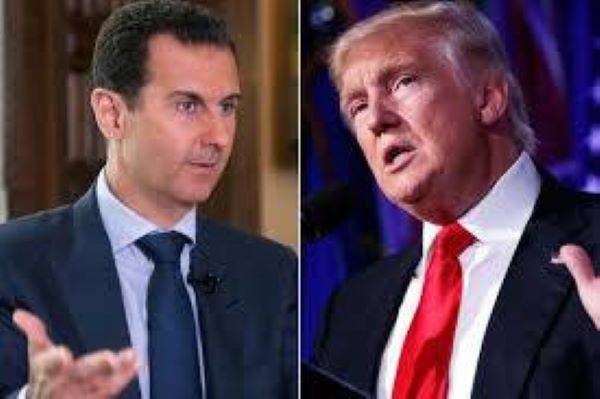 The head of state is perhaps the most dangerous profession in the world. Pharaohs and sultans, kings, emperors and presidents at all times were poisoned, drowned, beaten with snuff boxes in the temple, blown up or simply shot. Meanwhile, a direct attempt on the life of a legitimate ruler inside the country, and even more so from outside, was never considered the norm.

However, the XNUMXst century has come, and after a dubious victory in the Cold War, someone stubbornly wants to consider the world unipolar. And to the one who climbed this peak, as if everything is possible.

You can effectively, and with the use of an international, seemingly court, deal with the dictator of Iraq, give up the Libyan leader to the crowd, organize an attempt on the life of a reputable Iranian general.

In such a context, Donald Trump's admission that he planned to "eliminate" the president of Syria (still independent) is hardly surprising. However, on the eve of the presidential elections, this kind of "recognition" was also hardly planned. It's just that Trump was let down by the newsmen again. 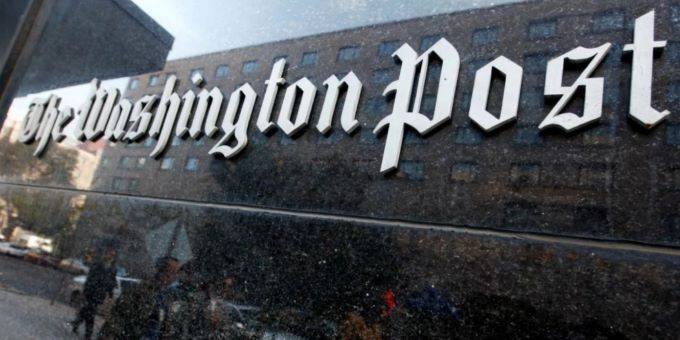 Unsurprisingly, it turned out to be a journalist from The Washington Post, the very newspaper that once unearthed Minister McNamara's Vietnamese dossier, and then the Watergate case, which cost Richard Nixon the presidency. At the beginning of September, the website published excerpts from a book by WP journalist Bob Woodward.

The excerpts are sensational, but for some reason they have not become a sensation in today's America. This is despite the fact that they contain direct quotes from Trump's telephone conversations with Defense Secretary James Mattis, where he was asked to "finish off" Bashar al-Assad. This, as pointed out by Bob Woodward, and then confirmed by Donald Trump himself, happened in 2017. 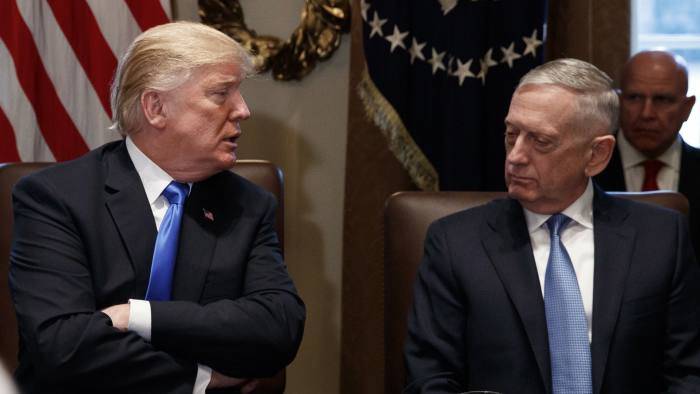 The new American leader then discussed with the head of the military department the very possibility of eliminating the president of Syria. Moreover, it is by no means a theoretical possibility, but a very specific one, as evidenced not only by the notes of Bob Woodward, but also by the latest statements by Donald Trump made on September 15.

“I would eliminate him (Assad). I had everything ready, but Mattis didn’t want to do it, ”Trump said, calling the former head of the Pentagon“ a terrible general ”who did a bad job, and at the same time“ a bad leader ”. It should be understood that the owner of the White House himself has no doubts that he is a good leader.

The head of the Pentagon three years ago had the intelligence and self-control to actually release the president's proposal on the brakes. He told his subordinates: “We will not do anything like that. We will be more balanced. " Although, as the US President now claims, Mattis simply refused to do so.

However, today the American leader went even further, answering a categorical “no” to the question of whether he regretted the missed opportunity to destroy the President of Syria. But back in 2018, the White House declared no less categorically that the idea of ​​eliminating Assad was not even discussed. Donald Trump then simply denied:

I have heard somewhere where it is said about the assassination of President Assad by the United States. This is a complete fiction. No, they didn't even think about it.

By right of the strong?

Washington is now likely to justify the president's cannibalistic statements by the fact that they never believed in the legitimacy of Bashar al-Assad. I wonder if they believe in this notorious legitimacy today, after the Russians have seriously and permanently settled in Syria? And also the Iranians and the Turks, whom Bashar al-Assad himself is not a hindrance to.

We will keep silent here about the terrible consequences of the assassination of President Assad for Syria itself, for the Middle East as a whole, no matter how despised the sheikhs and emirs of the countries that have conspired with Israel.

We only note that Trump's dashing plans became known very in time. After all, on September 4, the president on his Twitter page made something like a warning to Russia and Iran, which may "commit a humanitarian error." This will happen if Bashar al-Assad is allowed to launch an offensive against the province of Idlib, which with such difficulty was turned into a de-escalation zone.

Is it necessary here to prove that Washington was implicitly hinting about a kind of gift to Europe from several hundred thousand new migrants? Completely forgetting that in the event of Assad's assassination, it would be no longer about hundreds of thousands, but about millions of refugees.

In addition, I will limit myself to commenting on how all this will come back to haunt the United States, first of all, to the applicant for a second term in the presidential chair. It is impossible not to remind that Woodward's book will be out soon, the Trump administration was informed about this from the Washington Post. And even asked for an interview, but received a tough refusal.

It took The Washington Post ten days to prepare an adequate response. Let's pay tribute to Trump's entourage, where they decided not to wag, but once again play for their leader the “tough guy” card, a kind of cowboy in the presidential chair. 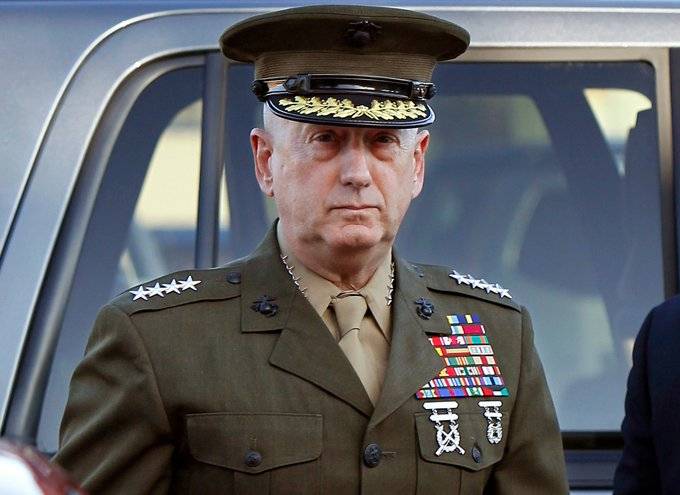 "Bad" General James Matthews looks pretty good
So, he is decisive, he is not afraid of dangerous consequences, and he simply dismisses the “bad generals” (see photo). Besides, what is so terrible about the attempt on the life of a foreign leader who stubbornly refuses to act according to the standards prescribed to him from overseas? Ignores the opposition, and just ruthlessly "wets" terrorists.

This is how many, even very many, look at everything overseas. For those who voted for “their boyfriend” Trump four years ago, who, as we have noted more than once, now has more barrels than heads, the willingness to pull the Colt out of the holster at the right time is the best characteristic of the chosen one.

Another thing is surprising: why Trump's “puncture” so far practically does not want to take advantage of his democratic competitors. It is possible that, being stuck in their all-encompassing tolerance on the basis of national or gender (sexual) characteristics, they remembered that for them the division into “clean” and “unclean” has also long become the norm.

Here are just the criteria for separation are completely different.

Ctrl Enter
Noticed oshЫbku Highlight text and press. Ctrl + Enter
We are
Results of the week. "God forbid to see Russian revolt, senseless and merciless!"Syria: Americans scare themselves, and Asma Asad buys chairs
33 comments
Information
Dear reader, to leave comments on the publication, you must to register.