Item about the Navalny case. Russia awaiting an answer 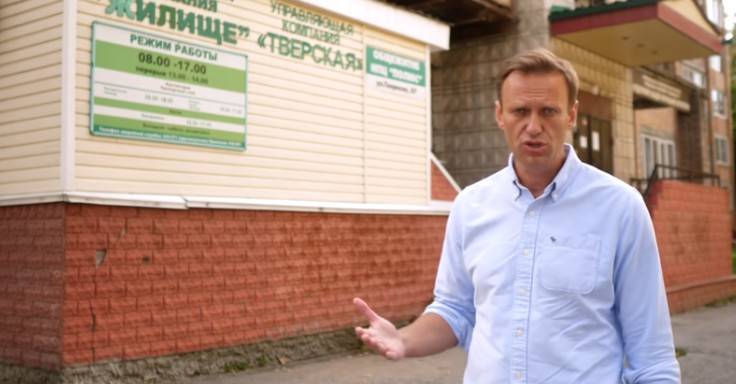 Today, September 17, the European Parliament will consider a resolution that includes a clause on the Navalny case. It would seem, how can a case be considered without at least some evidence? However, it is already clear: MEPs do not need proof. The resolution will be adopted!


In principle, the scheme by which Europe will operate has been known since the London poisoning. Imitation of ebullient activity and dragging out time until the next sanctions for Russia are adopted. And then quietly, without noise, the conversations and angry statements of politicians will stop. The Russians will also stop poking the Europeans into the inconsistencies of the case. But the goal will be achieved.

Our Foreign Ministry is well aware of the situation. At least the questions raised by Vladimir Chizhov, Russia's Permanent Representative to the European Union, point to this. And, according to Vladimir Chizhov, the understanding that Russia will not receive a formal answer testifies precisely to this.

While not experts in toxicology, we feel it is necessary to draw attention to the many inconsistencies in this case. In the context of the debate in the European Parliament on this topic, we call on EU officials and MEPs to look at some of our questions.

A few questions from the recent past

Despite the fact that a lot has been written about the Alexei Navalny case, I think it is worth looking at the past events again. Alas, a person quickly forgets even what happened yesterday. Especially when events are moving fast enough.

Remember how this campaign started? I am about the statement of German Chancellor Angela Merkel.

According to information received from the military, traces of the Novichok chemical warfare agent were found in Navalny's samples, and this is a crime against fundamental Western values.
What happens next? And then there is an instant reaction from Washington and Brussels. Americans and NATO members quickly agreed with Merkel's views. Why? Yes, simply because this opinion was not prepared in Berlin, Merkel simply became an ordinary repeater. This was the trigger that launched the entire campaign.

So, the first thing that is hushed up today and that was discarded in the first seconds of the start of the campaign is the merit of Russian, more precisely, Omsk, doctors in stabilizing Navalny and making it possible to transport him. In the West, they simply "forgot" this fact, as well as the 10-hour rest of the pilots before the flight to Germany.

But our native liberal-patriotic media worked rudely. They do not like our plebeian reader. Remember what the oppositionists were talking about? About the quality of medical care and training in Omsk, about Russian medicine in general, about the closed nature of Russian medicine and the concealment of Navalny's diagnosis. Instead of saying thank you to Omsk residents for their quality work, they were actually accused of committing a crime!

What happens next? Then heavy pieces enter the battle. Merkel and Macron declare the need to conduct a serious investigation into the "case of the poisoning of Navalny." And the Russian president says the same in an interview with Giuseppe Conti, the chairman of the Italian Council of Ministers.

And this is where the inconsistencies began. The Omsk people immediately presented the results of their research and Navalny's treatment methods to the German doctors. It was even proposed to provide Alexey's biomaterials to verify the conclusions of the Omsk doctors.

That is, we have a classic medical approach to treating a patient. You continue treatment, which means that you will need to know about all the activities that have already been carried out. So what? The Germans give up everything and keep their research secret. And our free media for some reason forget about their own claims to doctors about voicing a patient's diagnosis.

It becomes clear that Navalny is just a pawn in a completely different game. Navalny is just an excuse to erect further obstacles to the completion of the SP-2 construction. But that's not all. Given the zeal with which Merkel defended the construction of the SP-2 and how quickly she changed her own opinion, the political significance of Germany in international relations became clear. Just one of Washington's vassals, who is sometimes allowed to frolic on the lawn.

Make a monster at any cost

The West has found itself in a rather difficult position from the point of view of formal logic. It is stupid to talk about poisoners from the FSB or other Russian special services. It is impossible to come up with a more or less plausible explanation of the poisoning taking into account Russia's actions. And the task has been set by Washington and it must be fulfilled.

It was here that the nuances of European politics were revealed, which were carefully hidden from the inhabitants. Remember democratic values, the presumption of innocence, the rule of law? About all that nonsense that we have been hearing for many years as the ultimate goal of the "struggle for European Russia"?

In this case, the West has shown its true colors. The very "animal grin of capitalism" that was often mentioned by Soviet ideologists and in which few people believed. Now it became clear that all these “values”, “gains of democracy” and other ideological tinsel are just words. Words that are easily forgotten if the US ruling elite needs it.

We need to make monsters. At any cost, without regard to any conventions, decency and truth. The question immediately arises: why? Such actions undermine even the best international relations. And the restoration of such relations in the future requires a rather serious work of politicians and diplomats.

It seems to me that the West is not thinking about this issue today. More precisely, this issue is not on the agenda at all. Redistribution of the world political map dictates completely different formats of relations between countries. The world is becoming at least bipolar again. Moreover, this division will be quite tough.

This raises another (for some unexpected) question. Do I need to finish building the SP-2? Exactly. The issue with this gas pipeline is resolved only with the consent of both parties. Russia needs to sell gas, Europe needs to buy cheap gas. So why are we so fixated on our own "Wishlist"? Why do we have this obsessive belief in the divinity of natural gas for our economy?

There is an excellent example of sanctions against our country, which made our industry and agriculture develop at an accelerated pace. We relish the successes of our agricultural enterprises and at the same time are afraid of losing part of our gas money.

But the Germans, whose economy will become non-competitive in the absence of cheap Russian gas, are not afraid. And they blackmail us. It's time for a tough policy. Time to show your teeth. Time to understand the term "soft power politics". This is not putting a slide of cotton wool on those who smiled at us. This is pouring a pile of cement.

Some people remember from childhood their own feelings when in contact with such a slide. As long as you walk this slide gently and unhurriedly, it is truly enjoyable and safe. But as soon as you hit the hill, you immediately get a "concrete wall" and the possibility of breaking your own arm.

Questions that will make Europeans think

I'll just quote from the post TASS the document that was sent to the European Parliament by our mission to the European Union. It seems to me that the questions are posed extremely succinctly and diplomatically correctly:

"Is there any rational sense for the Russian authorities in the poisoning of Alexei Navalny with a military nerve agent falling under the Convention on the Prohibition of Chemical weapons, in a Russian city with a population of half a million people, in order to then make every effort to rescue him and send him for treatment to Germany, so that this "Novichok" can be identified there? What is the point of the Russian authorities hounding Navalny, given that his level of popularity is barely 2%, according to a July poll by the Levada Center, an independent non-governmental sociological organization (which has the status of a foreign agent in Russia. - TASS note)? " This is how the first two questions of the Russian side are formulated.
"Why are the German authorities showing such resistance in response to a request to provide the competent authorities of the Russian Federation with the results of toxicological analyzes carried out in a specialized laboratory of the German Armed Forces, or simply publish them, if Berlin is so sure that Mr. Navalny was poisoned?" - asked about the mission, recalling that the official request of the Prosecutor General's Office of the Russian Federation was sent to the leadership of the Federal Republic of Germany on August 27, and after numerous delays the German authorities responded with a complete refusal, citing "confidentiality of information."
... As the Permanent Mission pointed out in their fourth question, demanding from Russia "a thorough and transparent investigation", Western politicians repeat that "all the evidence is somewhere in Siberia." "Then, is it a coincidence that some of the people who accompanied Navalny during his trip to Siberia quickly left Russia and flew to Germany immediately after the incident?" - noted Russian diplomats.
And so on.

The questions have been voiced. Most likely, we will not get any answers. Sanctions will be announced. Moreover, yesterday the head of the European Parliament commission already announced these sanctions. "The entire democratic world" will again punish barbaric Russia for violating human rights, developing chemical weapons, etc.

How will we react? Should we release the brakes again? It's hard to predict Russia's reaction. However, the cancellation of the visit of our Foreign Minister to Germany, planned a year ago, speaks volumes. Maybe we have already poured a "pile of cement"? We will look at the development of the situation in the coming days ...

Ctrl Enter
Noticed oshЫbku Highlight text and press. Ctrl + Enter
We are
Situational analysis of the death of the MH17 flight (Malaysian Boeing 777), made on the basis of engineering analysis from 15.08.2014Results of the week. "God forbid to see Russian revolt, senseless and merciless!"
102 comments
Information
Dear reader, to leave comments on the publication, you must to register.