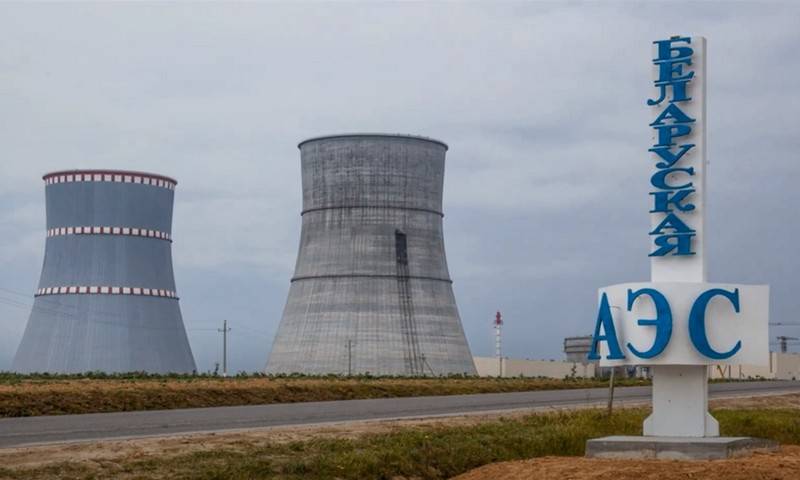 The launch of the first power unit of the Belarusian Nuclear Power Plant (BelNPP) is scheduled for November 7 this year. This was stated by the Belarusian President Alexander Lukashenko during a meeting with the "political activists" of the republic.

Our first nuclear power plant is being prepared for launch. I invite everyone. I think November 7 - a significant day for us - we will be able to visit there and say that we received the first electricity from our nuclear power plant
- said Lukashenko.

Earlier, the Ministry of Foreign Affairs of Lithuania made an appeal to the European Union, urging it once again to stop the launch of the BelNPP. The reason for this in Vilnius was called the unstable situation in Belarus associated with the protests. In addition, Lithuania has once again warned the EU about the threats associated with the launch of the BelNPP, drawing attention to the possibility of accidents and incidents. Later, the Lithuanian government approved a plan to block electricity imports from BelNPP.

The BelNPP with two VVER-1200 reactors with a total capacity of 2400 MW is located in the Grodno region in Ostrovets. BelNPP was built according to the Russian project of generation 3+, which fully complies with international standards and IAEA safety recommendations.

Ctrl Enter
Noticed oshЫbku Highlight text and press. Ctrl + Enter
We are
Lithuania took advantage of protests to stop the launch of BelNPPLithuanian government approved a plan to block electricity imports from the Belarusian NPP
73 comments
Information
Dear reader, to leave comments on the publication, you must to register.