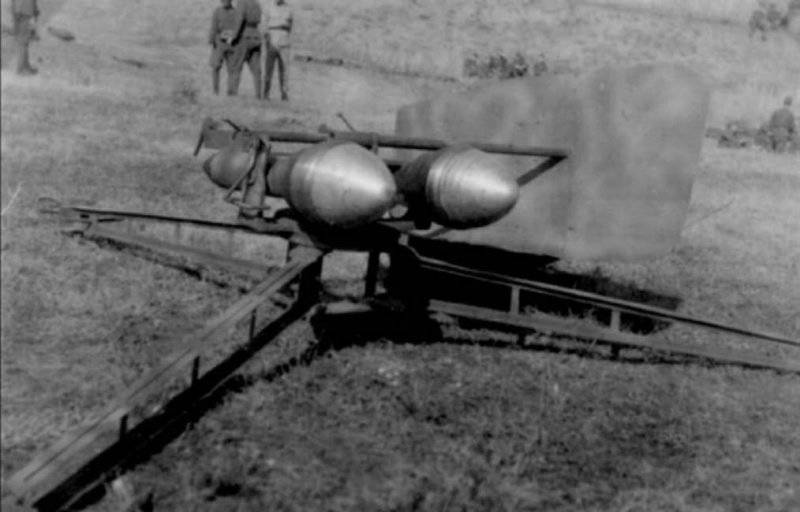 During the Second World War developed various types of weapons and equipment and countermeasures. In the Soviet Union, attempts began to create anti-tank grenade launchers or rocket launchers, but the attempts of Soviet designers to succeed in creating this weapons no success. Success was achieved by the Americans and the Germans, and, as it turned out, the Hungarian designers. 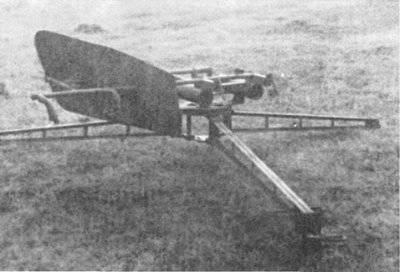 In 1944, it was adopted by the Hungarian forces, the Buzoganyveto anti-tank rocket launcher, which was used to defend the Hungarian capital at the end of 1944. The first mention of this type of weaponry came in 1943. The working title obtained at creation is “44M dupla páncéltörövetö”. The idea used to create the rocket launcher is about the same as that of the Soviet designers - two rocket launchers with a gunner on the side, which is separated from them by a special shield. The main purpose of the Hungarian "Buzoganyveto" - the fight against tank equipment and fortifications.

The implementation of anti-tank weapons was very different. This was reflected in the use of cumulative missiles. The warhead of one rocket had a diameter of 21.5 centimeters and carried 4.2 kilograms of explosives. The armor penetration of the 300 mm missile, which, with a reserve, was enough to destroy any existing tank at that time. To ensure the flight of the rocket, an engine with a diameter of 10 centimeters was used, at the end of which a nozzle with inclined channels was made, through which gases escaped and gave rotation to the rocket projectile. The flight speed was relatively small 200 km / h (according to other data 200 m / s). The range of destruction was decent at that time - from 300 to 1200 meters with a launch angle of 40 degrees. It was quite real to destroy / disable a tank at that distance, if not from the first, then from the second shot exactly. And although the rocket could overcome a greater distance, to 2-x kilometers, we were not talking about a controlled defeat of the enemy’s equipment. 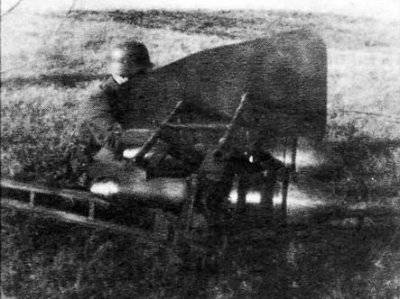 According to reports, no more than 700 units of Buzoganyveto rocket launchers were released. In 1944, they successfully passed their baptism of fire against Soviet tanks. The anti-tank rocket launcher was used as a portable launcher consisting of two parallel-mounted missiles on a turntable at a distance of 35-40 centimeters from each other and an 5 mm shield on the left side of the unit. The turntable stood on 4's artillery-type sliding supports. There were plans to install anti-tank rocket launchers on the trucks and roofs of obsolete tanks (thus increasing their effective power), but the rapid advance of the Red Army did not allow Hungarian designers to implement promising solutions. At one time, an anti-tank rocket launcher was tested on two captured Soviet heavy tanks, the EC-2. Its frontal armor in 120 mm was successfully stitched with a rocket fired from a distance of 200 meters.

The further fate of this rather good anti-tank rocket launcher is unknown. After the release of the 700 serial rocket launchers, similar equipment was not produced in Hungary. And after the victory of the Soviet Union in the Great Patriotic War, Hungary came under Soviet jurisdiction and used Soviet weapons and military equipment in service with its own army. 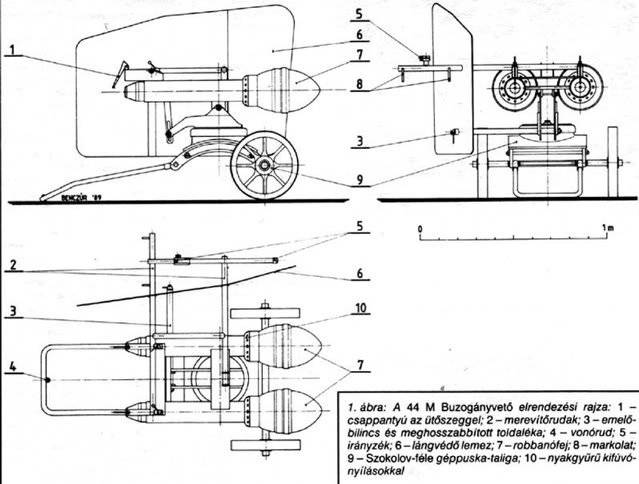