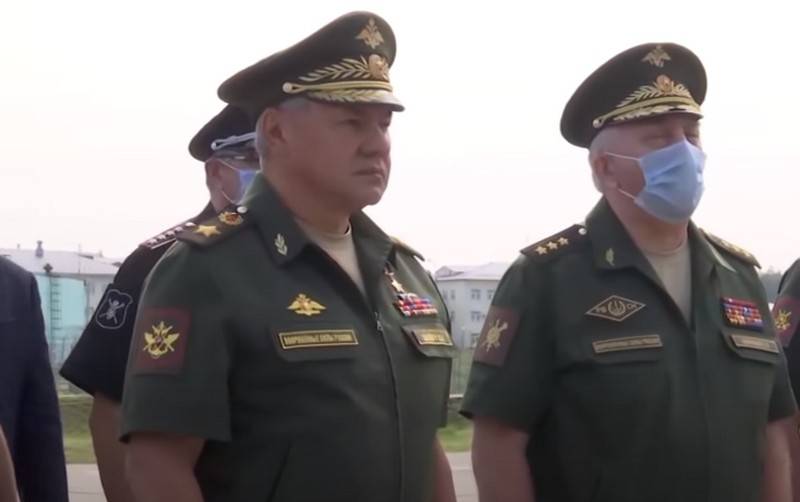 A delegation from the Russian Ministry of Defense headed by Minister Sergei Shoigu arrived in Minsk on a working visit. This was reported by the press service of the military department.


As stated in the Russian Ministry of Defense, the main purpose of the visit is to discuss bilateral military cooperation between Russia and Belarus. A day earlier, Russian paratroopers from the 76th Guards Airborne Assault Division of the Russian Airborne Forces arrived in Belarus to participate in the Slavic Brotherhood-2020 exercise, which will be held in the Brest Region.

A Russian military delegation headed by Defense Minister of the Russian Federation General of the Army Sergei Shoigu arrived in Minsk on a working visit. The purpose of the visit is to discuss issues of bilateral military cooperation between Belarus and Russia
- said in a statement.

It should be reminded that on September 14, Belarus President Alexander Lukashenko visited Russia and met with Russian leader Vladimir Putin in Sochi. This was the first meeting of the presidents of the two countries after the presidential elections in Belarus on August 9 this year. The main results of the negotiations were the allocation of a state loan to Minsk for $ 1,5 billion and the withdrawal from the Russian-Belarusian border with the direction to the places of permanent deployment of the reserve of Russian law enforcement officers, created at the request of Lukashenko in case of an emergency.

Ctrl Enter
Noticed oshЫbku Highlight text and press. Ctrl + Enter
We are
Report on the results of the survey-2013 "Evaluation of state political figures"Russia is taken to the Golden Billion
52 comments
Information
Dear reader, to leave comments on the publication, you must to register.