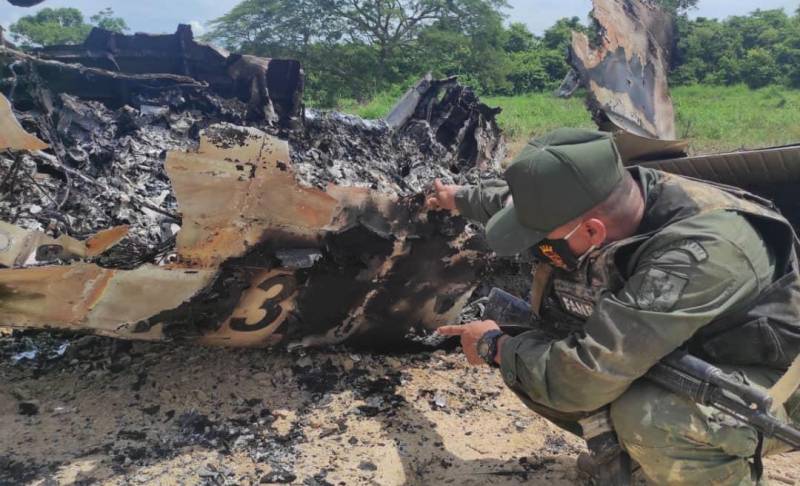 There are reports from Venezuela that the air defense systems of this Latin American state shot down an unknown plane. The information is confirmed by the Minister of Defense of the country Nestor Reverol.


The minister notes that the air defense command found an aircraft entering Venezuelan airspace using radars, which was moving without coordination with ground services.

Further, there was an activation of special CODAI protocols, which are spelled out in the law.
As a result, the plane was shot down by air defense systems. What kind of complexes were used for this is not reported.

At the same time, the official Caracas is confirmed by the information that appeared on social networks that the plane that entered the Venezuelan airspace in the state of Zulia had an American registration number.

Nestor Reverol announced that the plane with the American registration number was carrying illegal substances - drugs. 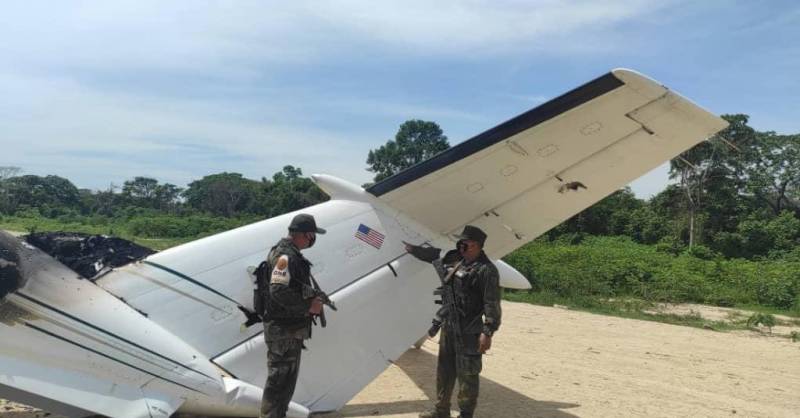 The photo released by the Venezuelan Defense Ministry shows the American flag on the tail of a downed plane.

The front of the plane was completely burned out: 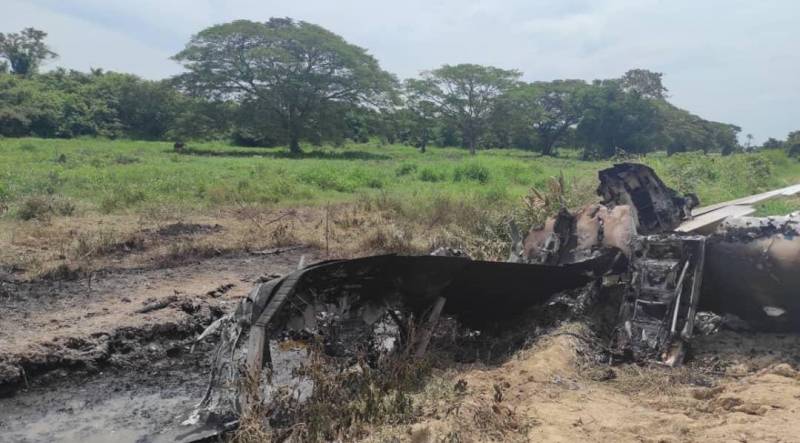 The fate of the crew is not reported.

There are no comments from the United States on the situation with the downed plane at this hour.

Ctrl Enter
Noticed oshЫbku Highlight text and press. Ctrl + Enter
We are
Reports from the militia of New Russia for 27-28 September 2014 of the yearInterview of Vladimir Putin with Radio Europe-1 and TF1
126 comments
Information
Dear reader, to leave comments on the publication, you must to register.