"Slavic Brotherhood-2020". Not all brothers participate in the teachings 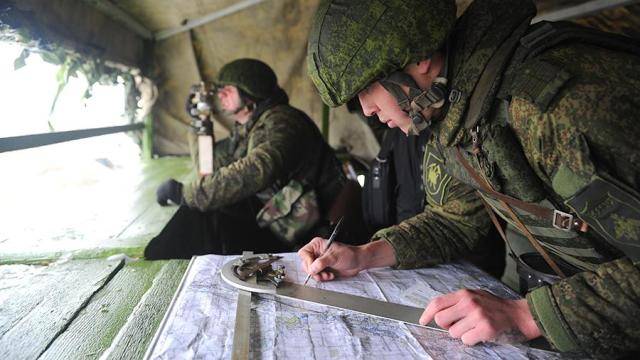 Belgrade's refusal to participate in military maneuvers starting in Belarus with a more than eloquent name, which followed, almost at the last minute, left an extremely unpleasant aftertaste, but in no case could disrupt this event. After all, in any case, its main characters are not Serbs, but Russians and Belarusians.


According to the Ministry of Defense of Belarus, yesterday the long-awaited guests have already arrived at the Brestsky training ground - the soldiers of the 76th Guards Airborne Assault Division of the Airborne Forces of the Russian Armed Forces. According to available data, 300 paratroopers and about 70 units of military equipment are participating in the exercises from the Russian side. The composition of representatives of the host side is more numerous: Belarus is represented by servicemen of the 38th separate guards air assault brigade of special operations forces, and in total they will employ up to one and a half thousand personnel and over 150 units of various military equipment, including and Aviation.

So far, the first phase of the maneuvers is unfolding on Brestskoye, which includes the coordination of units that will have to act together. According to the plan of the exercises, the second, main part of them will take place a little later, from September 21 to 23. At this stage, the "winged infantry" will have no time to get bored and relaxed: its fighters will have to practice night marches and attacks, practical airborne assault and forcing water obstacles. The final chord of joint training will be combat shooting. All these actions will unfold both at the training ground that serves as the main base for maneuvers, and at other locations in the Brest region, in particular, on the section of the Mukhavets River.

By and large, the legend of the exercise is the joint implementation by the forces of the Russian and Belarusian contingents of a lightning counter-terrorist operation and the development of joint special actions in the most complicated conditions. Because of this, skepticism, already expressed by some about the really small forces involved in the maneuvers, is hardly appropriate in relation to their tasks. Still, it will not be large-scale military operations that are actually carried out by massive army groupings that will be practiced, but targeted actions of ideally matched teams of war professionals.

The specific details of the combat training tasks to be performed by the paratroopers (and to be extremely specific, the representatives of the elite airborne units of both countries), of course, are not subject to disclosure. However, some have already seen a certain "subtext" even in the initial phase of the maneuvers. The Pskov paratroopers arrived in Belarus at the same time it became known about the disbandment and redeployment to the places of permanent service of the reserve of Russian "siloviks", created on the border with this country at the request of its President Alexander Lukashenko.

Perhaps those who see a transparent hint in this are not so wrong: if necessary, the assistance promised at one time by Vladimir Putin will be provided in the shortest possible time and, if not the largest, but more than sufficient forces to resolve the crisis situation. Perhaps there is some truth in this, perhaps not. Do not forget that the "Slavic Brotherhood-2020" was launched in full accordance with the Plan of International Activities of the two countries and the decision on the place and time of its holding was made almost a year ago, in October 2019.

As for the reduced number of participants, we can only regret that for some government leaders the words about brotherhood are empty sounds.

Ctrl Enter
Noticed oshЫbku Highlight text and press. Ctrl + Enter
We are
Friendship with Minsk on gasMilitary reform as an integral part of the security concept of the Russian Federation: Systematic dynamic assessment
113 comments
Information
Dear reader, to leave comments on the publication, you must to register.