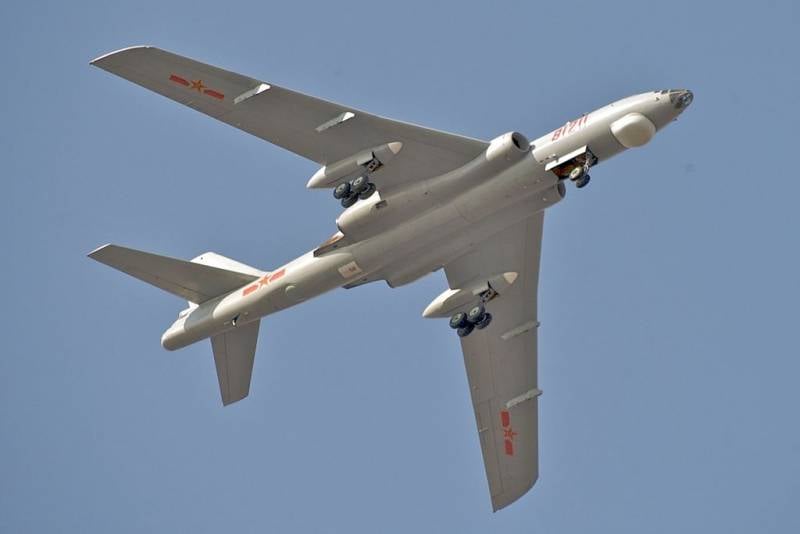 The Chinese People's Liberation Army (PLA) is deploying several H-6 strategic bombers closer to the Indian border. This is taking place amid deteriorating relations between the two countries and the aggravation of the situation in the border area.

In total, the Chinese military has 270 H-6 strategic bombers. Most of them are located in the eastern coast of the country.

Since the H-6s carry cruise missiles, their deployment in the border zone could provide the PRC with a significant advantage over the Indian army in the event of an armed conflict.

These aircraft are armed with a relatively new CJ-20 cruise missile with a range of 2 kilometers. Its warhead has a mass of half a ton. In addition, China has YJ-63 cruise missiles, which are capable of covering distances ten times less than the CJ-20. But since this ammunition weighs much less, the bomber is able to take on board more of these missiles.

India has long been thinking about purchasing modernized versions of the Russian Tu-22M3 strategic bombers, which are superior in flight characteristics to the H-6.

In addition, New Delhi contracted the S-400 air defense system from Russia. India also does not exclude the possibility of purchasing Su-35 and MiG-35 fighters.

Ctrl Enter
Noticed oshЫbku Highlight text and press. Ctrl + Enter
We are
China's cyber capabilities began to threaten the US militaryThe Dangerous Future of US Strategic Forces (PetroleumWorld, Venezuela)
56 comments
Information
Dear reader, to leave comments on the publication, you must to register.