Don't make the crisis an icon 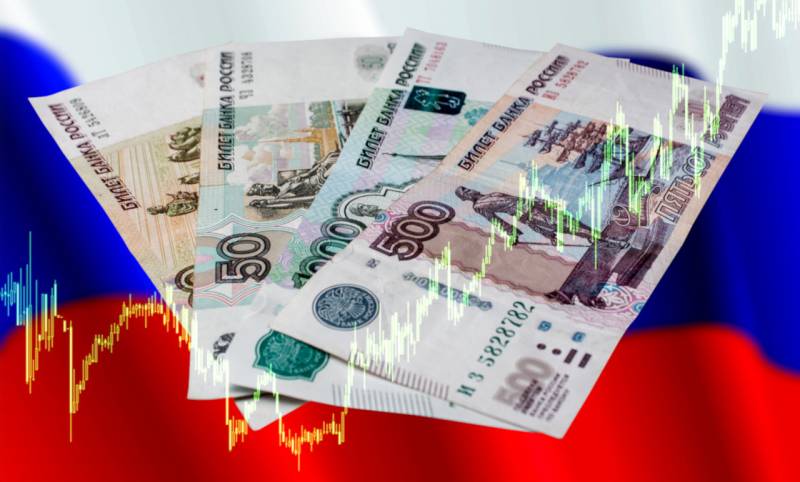 What predictions do Russians believe in? Alas, as a rule, they are negative, and certainly most of them do not believe in official forecasts. Although some of them, of course, are positive, I really want to believe. So, if not long ago they predicted a 5% decline, now we need to wait for a pullback of only 3,9%.

Such, perhaps the first in recent months, an encouraging forecast comes from the walls of the Ministry of Economic Development, where under any leaders they were not inclined to pessimism. However, the new head of this department, Maxim Reshetnikov, who replaced Elvira Nabiullina, Andrei Belousov, Alexei Ulyukaev (a noble inmate) and Maxim Oreshkin, seems to have surpassed everyone in terms of confidence in the future. 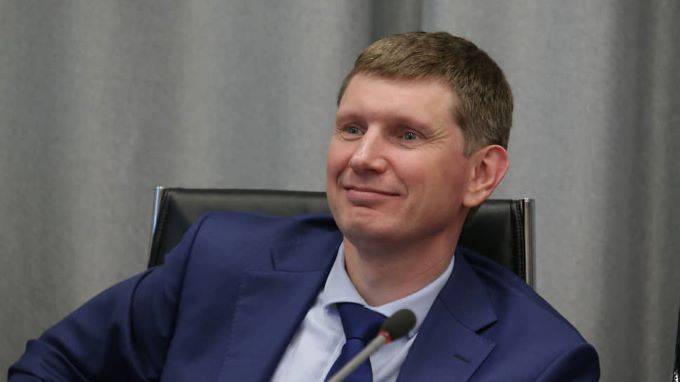 However, in order to change the forecasted decline rate, which will be fixed at the end of the year, from 5% to 3,9%, excessive efforts from Russian officials were clearly not required. The fact is that oil prices, contrary to all forecasts, including those from the Ministry of Economic Development, have consolidated above $ 40 per barrel.

And this is almost a quarter better than the marks that OPEC and the Russian Ministry of Energy outlined for themselves back in the spring. To write off another 0,1 percent is already a matter of technology. If only it was beautiful and more beautiful than that of developed countries, one of which, Germany, the Russian economy, as we are assured, has already left behind.

In fact, if Germany nevertheless decides to leave itself without Nord Stream 2, it may roll back from its current sixth place in the list of leaders in the world economy. But Russia's progress in this regard is somehow not very inspiring.

The feeling remains that our economy has lost less than others only because of its special structure, when in principle there is nothing to lose, except for an oil needle. Everything else, for example, the defense industry, space, metallurgy, the nuclear industry and the remnants of mechanical engineering, did not even slow down. Even at the time of the heroic (without a hint of irony) fight against the coronavirus.

There are a couple more nuances. Firstly, in Russia the service sector was not so badly affected, it was too underdeveloped to fall significantly, and the blow to tourism was less noticeable - the domestic one even grew significantly. Secondly, the transport sector has also suffered less than abroad due to the fact that it is focused mainly on its own market plus the EAEU countries.

Well, numerous assembly plants, which had to be slowed down due to a sharp drop in demand, are now making up for losses with surprising ease. Despite the fact that the demand, if it returned, it would only be for a short time out of quarantine. It is possible that work is in progress at the warehouse, counting on a strong surge in demand later.

However, by all indications, we should already forget about the recession. Unless, of course, a second powerful wave of the pandemic occurs and a new quarantine is required. The Ministry of Economic Development believes that in the next three years the Russian economy will grow above 3%.

But this is not the only optimism of Mr. Reshetnikov and his subordinates. They practically have no doubt that the real disposable income of citizens will decrease by only 3%, although it was assumed 3,8%. Strange numbers considering that the number of unemployed has increased sharply, for most of whom incomes have simply dropped significantly.

However, according to this indicator, the Economic Ministry categorically does not want to recognize the reality, speaking of 5,7%, just like in May. The forecast of the Ministry of Economic Development for oil, which is actually prescribed to cost $ 41,8 per barrel, is also quite optimistic. However, it is prescribed solely to make it easier for officials to make their calculations.

However, the most surprising thing begins when the Ministry of Economic Development begins to make forecasts for the ruble exchange rate, for which, in fact, they are not responsible. Neither by law, nor in terms of the ability to somehow influence him.

Not paying any attention to the statements of the heads of the Ministry of Finance and the Central Bank that a too strong ruble is now unprofitable for our economy, Mr. Reshetnikov's department is simply waiting for the ruble to strengthen to 71,2 rubles / dollar. Against the euro, the ruble should strengthen to about 82-84 rubles, although given the prospect of a complete failure of the dollar, it could be even more.

It is characteristic that both the Central Bank of the Russian Federation and the Ministry of Finance now prefer to remain silent about the fate of the ruble, realizing that for a number of reasons, everything can change very much at any moment. Meanwhile, there are those who want to express their real concern for the fate of our "oil" and "wood".

And they are not just anywhere, but in the upper house of the Russian parliament. So, Senator Kalashnikov, the representative of the Bryansk region in the Federation Council, does not predict anything good for the ruble. He is a member of the Liberal Democratic Party, and accordingly, he is not at all obliged to radiate duty optimism, following the example of the head of the Ministry of Economic Development. 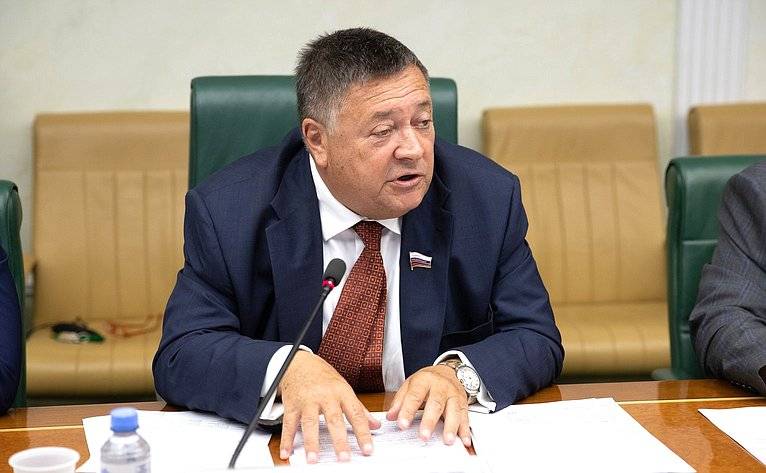 It was Sergei Kalashnikov who was perhaps the first among those who are invested with real power to make a terrible prediction that by the end of the year the euro could rise in price to 100 rubles. From the lips of the Deputy Chairman of the Federation Council Committee on Economic Policy, such an assumption simply cannot but be heard. Moreover, the senator directly linked his forecast with the Navalny case.

The Western media's pressure on Russia on this topic continues to grow, despite all the contradictions in the testimony and assessment of events. In this regard, the prospect of another tightening of sanctions cannot be ruled out, which was pointed out by the respected legislator from the Bryansk region.

According to Sergei Kalashnikov, the possible sharp weakening of the Russian currency is almost entirely due to external aspects. According to him, quoted by the circulation "Moskovsky Komsomolets",

We are talking about the risks of introducing new sanctions against our country, associated with the reaction of the West to the recent events around Alexei Navalny and Belarus.

"Therefore, work is underway to lower the ruble exchange rate," Sergei Kalashnikov has no doubts. The authors fully agree with him. From the point of view of liberal economists, who have been running the show for many years, "the weaker the ruble, the more the state has revenues from foreign exchange exports, the easier it is to cover the budget deficit."

Meanwhile, the position of the Russian financial authorities also speaks in favor of the fact that the senator's extremely negative forecast may well come true. The Ministry of Finance and the Central Bank, both through the lips of their leaders and in official releases and documents, regularly make it clear that an excessively strong ruble is now unprofitable for our economy. 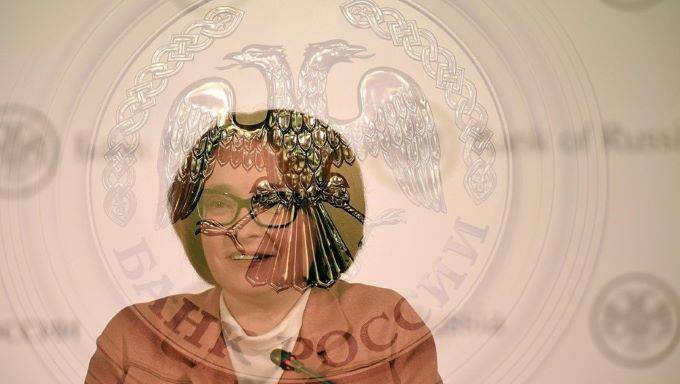 Let's not hide our doubts that defining the ruble as “too strong” looks like a clear stretch. Let's just note that the next devaluation of the national currency may turn out to be much more dangerous than the current stagnation in the economy.

It is no coincidence that the same Sergey Kalashnikov drew attention to the fact that the strengthening of the euro will inevitably lead to an increase in the price of food, "since the percentage of imported products on the shelves of our stores is high." And to warm up the economy in a stable ruble and low inflation can be done at the expense of completely different means.

And in the first place should be both large-scale borrowings and the printing of an emergency reserve, which was created precisely to deal with all kinds of crises. The pose of the "dog in the manger", which the Board of Directors of the Central Bank of the Russian Federation occupies with enviable persistence, should now be regarded as an open challenge.

You cannot spend anything from the reserves on retirement, on investments too, but on investments in the securities of competitors who continue to put pressure on us with sanctions "for no reason" is possible.

Ctrl Enter
Noticed oshЫbku Highlight text and press. Ctrl + Enter
We are
Project "ZZ". Poet under arrest, liberals at gunpoint?At the bottom
41 comment
Information
Dear reader, to leave comments on the publication, you must to register.