A strike on the anti-missile barrier of the Leningrad and Pskov regions or another round of alarmism? What the RIA FAN expert missed 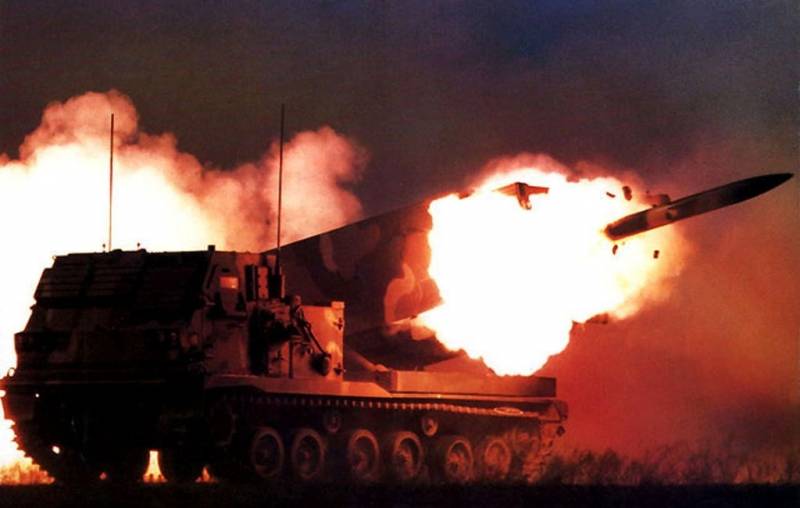 As you know, the operational transfer of the 1st rocket artillery division of the 41st field artillery brigade of the US Army from the place of permanent deployment in the German Grafenwehr (the operational headquarters of the 7th Joint Multinational Force Training Center, as well as a training camp and tank the US Army training ground in the European conventional theater of operations) to the key training ground of the Estonian army (Estonian Defense Forces) near the town of Tapa for conducting an artillery operational-tactical exercise "Rail Gunner Rush" was met with a very harsh accusatory rhetoric of the Russian Embassy in the United States, which caught the Pentagon as a whole and the command The US Army in Europe, in particular, in the deliberate provocation of operational and tactical tension in the Baltic conventional theater of operations.


In the context of permanent operational-strategic "sparring" between the Russian Armed Forces and the NATO Joint Forces in various strategic directions, as well as incessant incidents with the forced pushing of the RC-135V / W "Rivet Joint" strategic radio-electronic and electronic reconnaissance aircraft from the north-western and south-western the borders of our state by the crews of the Su-30SM and Su-35S multipurpose fighters, a similar reaction of the Russian embassy in the United States to the transfer of a key rocket artillery unit of the US Army in Europe to Estonia can be considered as a completely ordinary episode of the eternal diplomatic dive between Moscow and Washington. Meanwhile, observers and journalists of numerous domestic news and military analytical publications went all out in search of the spectrum of threats that arose for the strategically important naval infrastructure of the Baltic fleet The Russian Navy, anti-aircraft missile divisions and regiments of the 2nd Air Defense Division of the 1st Leningrad Air Defense Command, as well as for units of the Special Forces and missile forces and artillery of Russia deployed in the western regions of the Western Military District.

Is the anti-missile "umbrella" of the Western Military District ready to repel hypothetical attacks by high-precision rocket artillery of the US Army?

In particular, the military observer of the Federal News Agency (riafan.ru / RIA FAN) Alexei Sukonin came to the conclusion that even the episodic (for the purpose of firing) deployment of the 1st ReADn of the 41st PA Brigade of the US Army near the Estonian Tapa provides the Pentagon with the periodic establishment of conditional fire control of such strategically important objects as the 76th Guards Airborne Assault Division, the 2nd Separate Special Forces Brigade, and the 15th Army Brigade. aviation and the headquarters of the Western Military District, stationed in the Pskov and Leningrad regions, which is due to the presence in the above unit of the 41st brigade of 227-mm high-precision multiple launch rocket systems M270 MLRS, the transport and launch box trusses of which are constructively adapted to the use of not only regular uncontrolled rockets of the M28A2 type with a range of 45 km, but also operational-tactical ballistic missiles MGM-164B (ATACMS Block IIA) with a range of about 300 km. The expert said this in his analytical review "The United States has deployed missiles capable of reaching St. Petersburg in Estonia."

Moreover, the software of the combat information and control systems of the M270A1 launchers of the "graphener" unit was updated to the "Software Edition v7.11b" version, the software add-ons of which ensure the integration of the above-mentioned guided missiles M30A1 / M31A1 GUMLRS, and also include specialized applications -simulators for virtual training of MLRS MLRS combat crews to carry out fire work in close to combat tactical conditions using virtual templates of the entire range of unguided and guided missiles, as well as ballistic missiles.

Consequently, the presence in MLRS MLRS ammunition of long-range guided missiles of the M30A1 / M31A1 G / GUMLRS family, as well as OTBR of the ATACMS and Deep Strike / PrSM families, really allows the 1st Rocket Artillery Division to “reach” the above strategically important objects of the Baltic Fleet. MFA and Special Forces of Russia, stationed in the Leningrad and Pskov regions, which makes the concern expressed by Mr. Sukonin quite justified. On the other hand, the RIA FAN expert did not take into account the fact that the strategic objects of the Russian Armed Forces listed by him are covered by the most powerful echeloned anti-missile "umbrella" of the Leningrad zone of restriction and denial of access and A2 / AD maneuver.

So, for example, on the Baltic air route, the western regions of the Leningrad region are covered by at least 12-14 anti-aircraft missile divisions S-400 "Triumph", deployed near Zelenogorsk, Gostilitsy, Ulyanovka and Stekolny and are part of five anti-aircraft missile regiments 2- 92st Air Defense Division of the Russian Aerospace Forces. Attached to these anti-aircraft missile divisions, the 6N72E illumination and guidance radars (RPN) have a total target channel of 84-5 simultaneously intercepted targets, which provides a phased parry of a full-fledged salvo of 270 M15 MLRS MLRS batteries (180 combat vehicles) with the use of 31 M1AXNUMX guided missiles even in difficult jamming environment.

Taking into account the probability of hitting the low-maneuverable American URS M30A1 GMLRS with a 48N6DM anti-aircraft missile at 0,8-0,9, it is easy to come to the conclusion that in the event of a hypothetical attempt to deliver a massive missile and artillery strike, about a third of the missiles will be intercepted on the ascending branch of the trajectory (in the airspace of Estonia, or in the airspace of the Russian Federation over the western regions of the Leningrad region), while the remaining two thirds will be safely destroyed on the march and terminal sections of the trajectory. At the same time, batteries of Pantsir-S30 anti-aircraft missile and artillery systems and Tor-M1U self-propelled air defense systems covering the "dead zones" of anti-aircraft missiles can be used to intercept guided missiles of the M1A2 line that broke through the anti-missile barrier regiments with S-400 complexes.

As for the timely detection, "tie-in of trails" and the capture of small-sized 227-mm guided missiles M30 / 31A1 for precise auto-tracking, then for the combat crews of the S-400 "Triumph" this range of tasks should not cause significant difficulties, because the new radar illumination and guidance 92N6E (more high-energy and anti-jamming modification of the RPN 30N6E / 2 complexes S-300PM1 / 2) was equipped with a more powerful microwave klystron feeding the "emitting" array of transmitting and receiving modules of the passive HEADLIGHT, as well as a more advanced element base of the receiving path.

The above measures provided 92N6E radars with an almost 2-fold increase in the detection range of targets with an effective scattering surface of 0,05-0,1 sq. m (equivalent to 227-mm M30A1 missiles) from 100-125 to 200-250 km, as well as more effective selection of small airborne objects against the background of intense frequency-targeted noise, imitation and barrage interference. Conclusion: in the event of a hypothetical escalation of the conflict in the Baltic theater of operations, the S-400s on alert in the Leningrad region will be able to begin the process of detecting, escorting, “capturing” and intercepting M30A1 guided missiles in the very first seconds after the latter have entered their trajectory. It is also worth noting that in the course of assessing the spectrum of threats emanating from MLRS MLRS deployed to the Tapa area, the RIA FAN expert missed the fact that after the very first salvo MLRS battery positions would undergo a massive counter-battery response from the Tornado-S MLRS, as well as a strike by the Iskander-M operational-tactical ballistic missile.

Ctrl Enter
Noticed oshЫbku Highlight text and press. Ctrl + Enter
We are
Rail Baltica: one way roadSituational analysis of the death of the MH17 flight (Malaysian Boeing 777), made on the basis of engineering analysis from 15.08.2014
Military Reviewin Yandex News
Military Reviewin Google News
111 comments
Information
Dear reader, to leave comments on the publication, you must to register.