Who lives well in Russia and what to do about it? 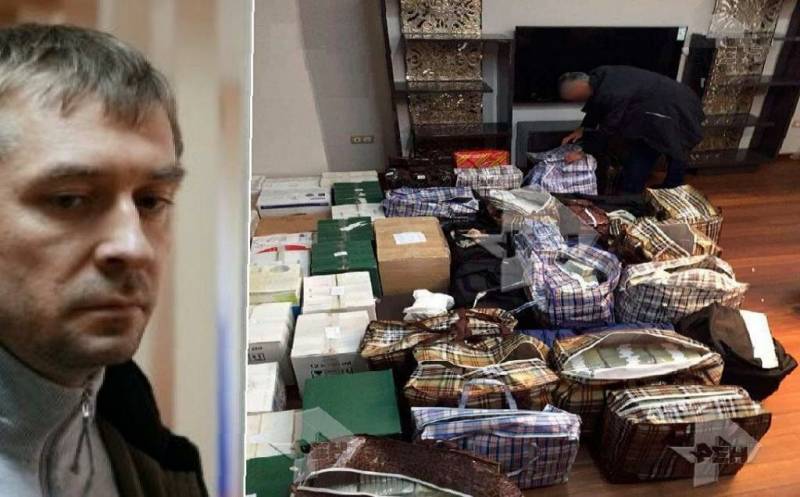 After returning to the VO website, reading the comments, I noticed that, whatever the topic under discussion, very often respected commentators find the root cause of internal problems precisely in the fact that fewer and fewer of those who are offended for the state are in power, and more and more those whose wives during searches, rounding their eyes, declare that they see dozens of boxes with currency collected by investigators from the bins of the next Zakharchenko for the first time, and before that they had not noticed these deposits of green papers with portraits of all kinds of presidents.


And reading our comments with you, I wanted to invite you to sort out the eternal questions together: "who is to blame?" and "what to do?" Anticipating calls for the return of SMERSH, Stalin and Beria, I want to say that you have to be realistic, and, no matter how much you want, you need to understand that at this historical stage, the implementation of such wishes is impossible due to objective reasons. (Because the same Zakharchenko, well, will never come out with a proposal to create a punitive body that will come to him in the first place. How to understand this clarification, think for yourself.)

I want to make a reservation right away that in order not to confuse you with references to the Budget Code, government decrees, orders of the Ministry of Finance and various international standards, so beloved by us recently, I will try not to overload readers with unnecessary information and try to highlight only the essence. So, if I miss something, do not disclose the details of the discussion topics, I ask you not to throw stones strongly.

So, to understand what the modern system of financial control has come to: after 2016, the main control body, the Federal Service for Financial and Budgetary Supervision (Rosfinnadzor), was abolished in the country. This is the same KRU, those same "The auditor is coming to us!" The only global system with a vertical structure, covering all subjects of the Russian Federation. This service operated independently of the heads of the subjects, municipalities, ministers and directors of state-owned enterprises. It was she who was the main instrument of subsequent external control. That is, these were the very people who came for audits, raised documents on the perfect facts of economic life and turned out even state-owned companies, even the governors' finance departments.

Moreover, Rosfinnadzor had the right to conduct inspections regardless of departmental subordination (and the Ministry of Defense, and the executive branch, and state employees, and state companies). All regional administrations were subordinate not to local authorities, but only to a superior leader. And each department was confined exclusively to the central Moscow department.

Now this structure simply does not exist. Formally, the powers of this service are distributed among other bodies, but there is one caveat: the Treasury, which has received the bulk of the functions, does not conduct subsequent inspections. Everything that, in fact, it does: preliminarily agree on contracts, documents for payment, etc. That is, if earlier the auditors came, raised the acts of completed work, for example, KS-2, went out into the field and looked at what was built, how much was built, whether it was in line with the prices, ordered technical expertise, etc., now KS-2 in the Treasury it is checked BEFORE the stage of the construction (repair) itself. And not on the subject of whether the prices are reasonably included and whether the supplier's price for components is correctly determined, but simply on the subject of whether there is money for this article or not. That's the whole oil painting.

Yes, I agree, we can say: there are counting chambers of different levels, there are control departments at governors, in ministries, but, as always, there is one "but": in their overwhelming mass, these are actually people NOT independent of the objects of control. How do we often appoint the heads of large and profitable enterprises and organizations? That's right, "by acquaintance". And who, for example, in his right mind, will let local auditors write that the roads in the city are redrawn at the expense of the budget several times, when the supervising deputy head of the region is an inviolable person (the example, of course, is completely conditional and does not contain references to any specific region)? That is why we will sit and listen to how he, with a blue eye from the TV screen, talks about how contractors are eliminating previously identified violations for their money. 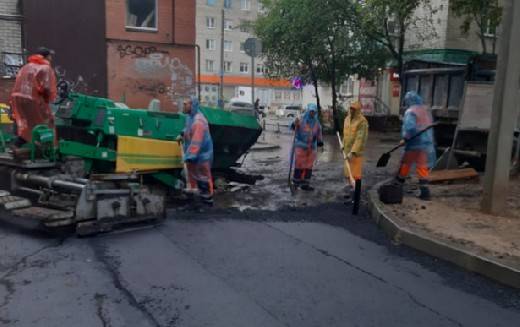 And the reason is simple: the lack of actual functional independence of controllers. Well, there is no way an auditor subordinate to the head of the region can find billions of violations committed by a company affiliated with this very head at facilities supervised by a friend of the head - the director of some department, etc.

More precisely, he can reach these violations, but as he does, he will leave with them and with a work book in his hands at best.

Moreover, the principle of functional independence in all documents, of course, is indicated as fundamental. But this is seen from above in a very simplified version: since the auditor from the finance department checks the school, then everything is fine, because he is not subordinate to the school director. And the fact that this director is a friend of the director of the department and the builders are the same companies in all schools, and in fact banal "pads", the legislators do not take into account.

And as for the auditors themselves, yes, it is almost impossible to find real specialists, but really no one in the country trains them. And just take a good accountant, financier, auditor, etc. and it is impossible to appoint him as an auditor. Because an auditor is more a state of mind, or something, this is the ability to always be under pressure, this is the ability to understand not so much purely financial issues as in people, this is the ability to always be one step ahead than those you are testing, this is the ability quickly learn to change even technological processes, because today you check the construction, tomorrow the oil workers, and the day after tomorrow a hospital or school. And do not forget that this is also a very dangerous specialty (and loyalty to someone does not always give you an indulgence), in my memory there were arson of apartments, and night chases of athletes, and poisoning with diclofenac with theft of documents, and even burned alone with his family ...

And a good, real auditor is now a huge rarity. Throughout my many years of practice, out of hundreds of full-time auditors, I have seen only three of them. And they eventually went into commerce.

I apologize if I'm tired of the text in “many letters”, but it seems to me that the topic of financial control is one of the main parts of the economic security of the state and one of the paths that we really need to go through to fight corruption. And therefore, if you are interested in this topic, I am ready to continue the story on this topic.

I understand that now I have not made even the slightest general overview, but only one of the smallest sections of the problem has highlighted, but nevertheless, in the future, you can consider more interesting topics, for example:

1. What the system of financial control sees the state in the near future.
2. What does the Accounts Chamber do and why the figures from its reports often have nothing to do with real violations.
3. Control system in the Ministry of Defense.
4. The main violations in construction and methods of their detection.
5. The main methods used by customers to "weed out" foreign bidders.
6. Spetsstroy, Volosov and Vostochny.
7. Why the results of the auditors' work are not visible.
And many others.

Ctrl Enter
Noticed oshЫbku Highlight text and press. Ctrl + Enter
We are
About Stalin and KhrushchevWhat you didn't want to know about England
166 comments
Information
Dear reader, to leave comments on the publication, you must to register.