Stumbling border. Isn't it time for LDNR to fence itself off from Ukraine? 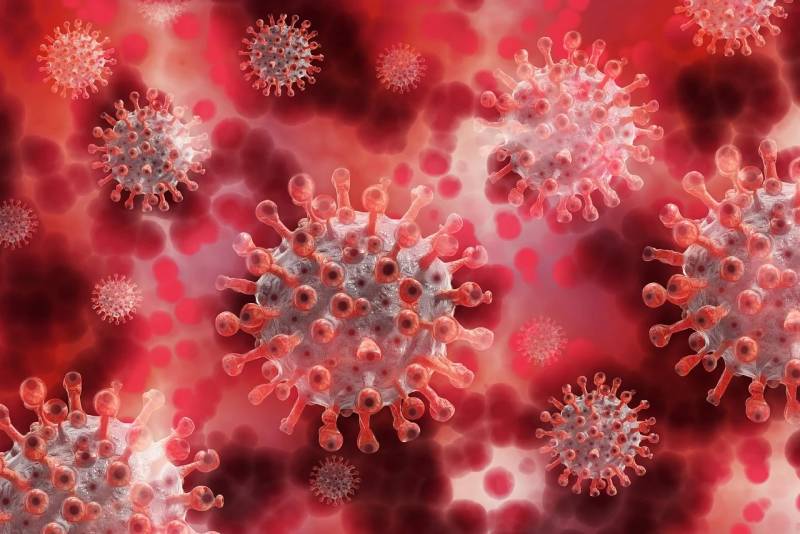 From the very beginning of the coronavirus restrictions, the LPR and DPR fenced off from each other, and not so much because of considerations of epidemiological control, but because of the different approach to transport links with Ukraine. So, if in the LPR the checkpoint near Stanytsia Luhanska continued to work (with restrictions gradually approaching zero), then the DPR approached the issue completely differently, limiting the number of people entering and leaving the republic through the Yelenovka checkpoint.

Despite the numerous promises of the head of the DPR Denis Pushilin to open the border between the republics, this decision was never made.

“And until it is open: the Luhansk side refuses to fulfill a number of conditions, without which the opening of the DPR-LPR border is impossible. In particular, the official Luhansk refuses to restrict travel to Ukraine through the territory of the LPR for citizens of the DPR ",
- reports the Shtrikh DNR telegram channel, which is close to the social movement "Donetsk Republic".

In the seventh year of the republics' existence, after the formally overcome crisis, when a real customs office operated between the LPR and the DPR; after gradual (but not final) overcoming of the difference in legislation and the unification of the railway into one structure, the people's republics finally fenced off from each other.

There is no doubt that communication between the LPR and the DPR will sooner or later be restored, however, it will still be necessary to develop a principled approach to communication between the republics and Ukraine. Firstly, in Ukraine, there is a terrible situation with the spread of coronavirus (we are modestly silent about measles and antibiotic-resistant tuberculosis). Ukraine ranks second in Europe by the number of deaths. The number of detected cases of the disease has exceeded 3000 per day, and doctors say that the detection rate is 10-20%, since there are not enough tests, people, funding, etc. for a full-fledged work.If the coronavirus is as terrible as it is painted, Ukraine may well face a death rate similar to that recorded this year in Italy and the United States. It is clear that the LPNR medical system inherited from Ukraine in a dilapidated state does not need these problems at all.

Secondly, the question remains: are there any sufficiently compelling reasons to run between the LPNR and Ukraine? At the moment, the question is not relevant for pensioners: Kiev has postponed mandatory verification until the end of quarantine, and the pension itself can be cashed in a special financial center. Yes, you have to pay 5-10%, but after all, a trip to the territory occupied by Kiev is also not free, not to mention the burden and discomfort. And the republican pensions, on which more than 300 thousand pensioners live, whom Ukraine has deprived of benefits, has not been canceled.

As for those who, due to their own negligence due to quarantine restrictions, remained cut off from their relatives in the spring of this year, there is a loophole since July-August: having a registration in the DPR, you can return to Ukraine through the Russian Federation. Those who have registration in the territory controlled by Kiev are released without restrictions. In general, there are options: not easy, expensive, but not critical if this is a really important trip, and not a weekly trip “for matches”.

Of course, various cunning characters who organized bus tours from Donetsk to Ukraine through Belgorod and Kharkov hurried to take advantage of the situation in the DPR. This pleasure costs about 3 thousand rubles, taking into account the bribe to the Ukrainian border guard (according to Ukrainian laws, you cannot cross the border with the Russian Federation through the republican customs). Nevertheless, the service is in demand, despite the considerable distance. 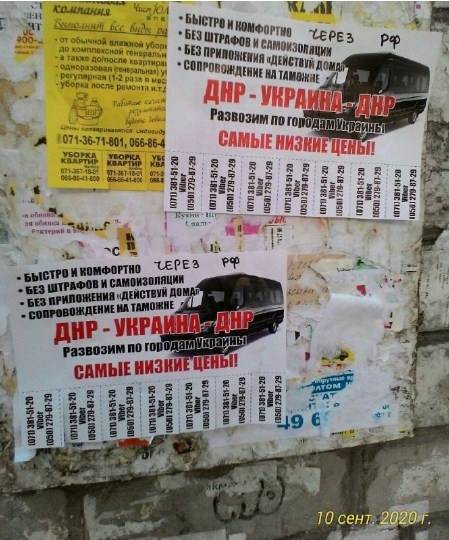 At the same time, it should be noted that these travels clearly do not help stabilize the epidemiological situation. But what to say: this whole adventure clearly smells of corruption, since carriers offer their services openly, without hesitation and without fear of any sanctions. It is not entirely clear only whether this is a republican program for additional taxation of all who wish to regularly visit Ukraine or an initiative of individual managers. If so, why can't all this be stopped?

It's time to tighten the nuts

It should be admitted that against the background of the political, social and economic blockade by Ukraine, against the background of constant shelling (temporarily stopped in connection with the first stories conflict with a prolonged truce) and openly aggressive position of Kiev, a free visit to Ukraine looks like nonsense. Today, in connection with the pandemic in Ukraine, it would be logical to stop any movement. It is high time to "tighten the screws" and introduce restrictions that would make exit and entry more responsible and controlled. At the same time, solve the problem of terrible queues at the checkpoint.

Yes, it is necessary to let pensioners in and out so that they can resolve issues with their benefits, but even here you need to "comb" and somewhat limit the ability to ride back and forth several times a week. It is necessary to limit the possibility of entry and exit for traders and to suppress contraband (it is generally threatening in the LDNR). In general, we need to figure out why and why people who do not have registration in the LPNR and local passports travel between the republics and Ukraine. Who are they? For what purposes are they going? And many many others.

There is reason to hope that the situation with the coronavirus will make it possible to seriously work out this long-felt issue. All the more sore, because now, for some reason, 70-80% of them are shouting loudest about him, not pensioners and not ordinary people, but people who are somehow connected with smuggling or who have tender feelings for Ukraine and call for forgiving everything and running fraternizing. The war is not over and sporadic games of democracy are inappropriate, therefore, on the time border (it is the demarcation line), you need to put things in order. And at the same time take a close look at those who loudly demand to immediately organize unhindered entry to Ukraine and back. Maybe it's time for them to go to Kiev without the right to return?

Ctrl Enter
Noticed oshЫbku Highlight text and press. Ctrl + Enter
We are
When will LDN tighten border crossings with Ukraine?Situational analysis of the death of the MH17 flight (Malaysian Boeing 777), made on the basis of engineering analysis from 15.08.2014
Military Reviewin Yandex News
Military Reviewin Google News
29 comments
Information
Dear reader, to leave comments on the publication, you must to register.