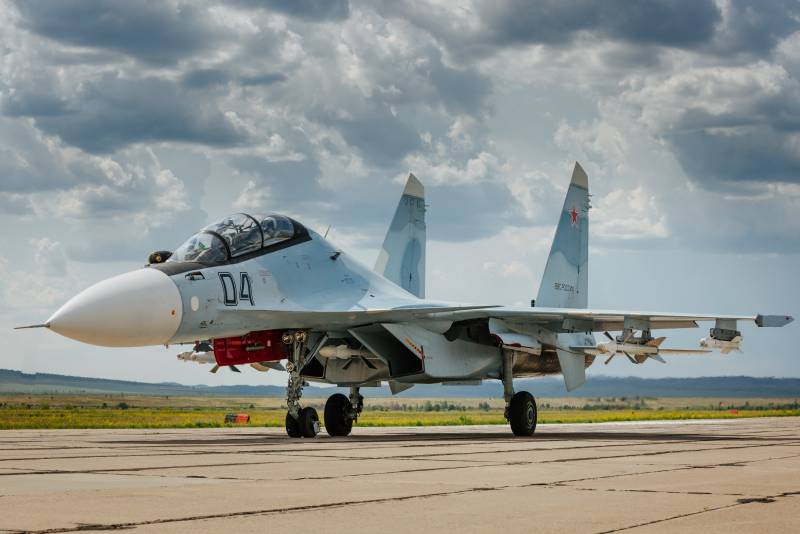 In September, Izvestia reported that the first flight of the Su-30SM2 could take place as early as 2020. In fact, this machine should become a kind of two-seat version of the Su-35S, which is now the most "advanced" fighter in the Russian Aerospace Forces.

The need for an updated car is long overdue. In recent years, the Russian Aerospace Forces have replenished with many new combat aircraft based on the Soviet Su-27 fighter, which inherited all the advantages and disadvantages from it. The main a problem now it has become that all these machines, being built on the same base, differ as much as possible in modern realities. Fighters Su-35S, Su-30SM, Su-30MK2, as well as numerous Su-27SM / SM3 have completely different sets of onboard electronics, in particular, different onboard radar stations. Their engines, based on the AL-31F, which is installed on the Su-27, are, in fact, different products created at different times and within the framework of different requirements.

Of all these machines, only two are important for the future of the Russian Aerospace Forces: the Su-30SM and the Su-35S (the rest can be considered morally obsolete). The first is equipped with two AL-31FP engines and an N0011M "Bars" radar station. The second is the more advanced AL-41F1S and the N035 Irbis radar. 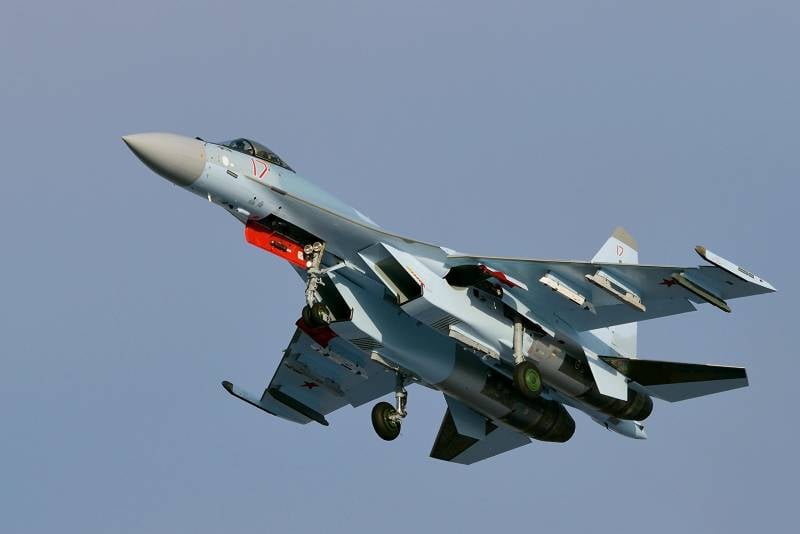 This situation is nonsense by Western standards. For example, different versions of the F-35, despite the fact that they were created for three different branches of the US armed forces, are unified by about 80 percent. The media periodically flashes information about plans for a deep modernization of these machines, but so far they have the same radar stations and one type of engine - Pratt & Whitney F135, which is a development of the F119 engine. The F-35B's propulsion system for the Marine Corps is somewhat different, due to the requirements of a short takeoff and vertical landing.

In Europe, the situation is similar. Eurofighter Typhoon and Dassault Rafale have more than one upgrade stage behind them. At the same time, the machines are maximally unified: the planned installation of a radar with an active phased antenna array of the European Common Radar System Mark 2 on the British Eurofighter Typhoon and the installation of Captor-E on the German and Spanish Typhoon is a perfectly reasonable step in the face of obsolescence of electronics. It took some time to mature, but now the modernization of the Eurofighter is really needed.

A new heart for a fighter

Needless to say, the unification of the fighter aircraft fleet (and there are many other types of combat aircraft in the Aerospace Forces, in particular, front-line bombers and attack aircraft) is one of the key requirements for the effective use of combat aircraft. aviation... This was relevant during the Second World War, during the Cold War, and has not lost its relevance in our time.

How exactly will the modernization take place and what exactly will the updated aircraft get? Work on the integration of the updated power plant on the Su-30SM2 is being carried out by the Sukhoi company, the Irkut corporation and the UEC-UMPO engine building association. The first and most important difference between the CM2 and its progenitor is the power plant. The aforementioned AL-41F1S engine from the Su-35S will be installed on the plane. Compared to the engine of the Su-30SM AL-31FP fighter jet, the thrust of the product is 16 percent higher and amounts to 14 kgf. The service life of an aircraft engine is twice as high as compared to the base product: it is four thousand hours. It is important to say that the weight and dimensions have remained the same. 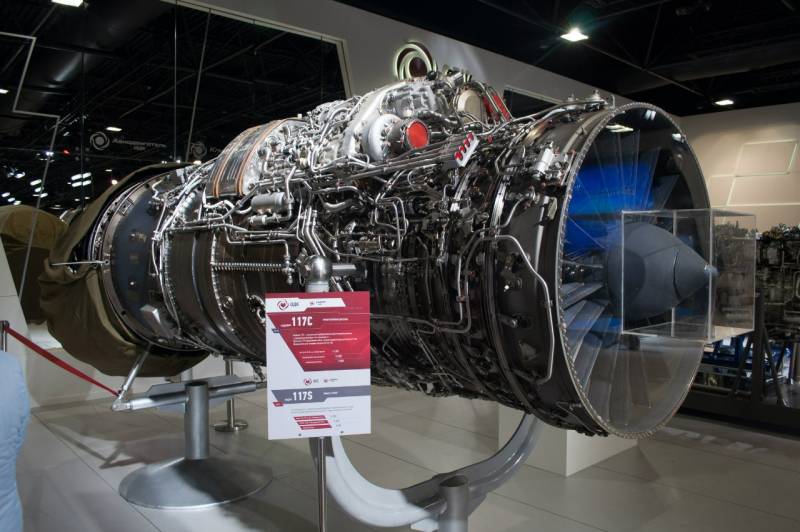 Besides reasonable unification and increased thrust, the new engine will give the aircraft a higher combat radius. It must be said that this has never been a problem for representatives of the Su-27 family, but this feature will not be superfluous either.

“A more powerful engine from a Su-35 will give a larger thrust reserve. And this means an increased amount of ammunition and equipment that the aircraft can have on board, ”Honored Test Pilot Colonel Igor Malikov told Izvestia. - Variable thrust vector gives the aircraft the ability to conduct maneuverable air combat. This is an advantageous situation for a fighter jet, but it will require appropriate electronic equipment and weapon control systems. When the fighter quickly changes its position, the instruments must confidently track the movement of targets, and the pilot must be able to use air-to-air missiles at them.

Looking to the West

Despite the criticism of the fifth generation fighters, we can confidently state that the new generation has taken place. The best illustration of this thesis is the more than 550 already built F-35s. At the same time, the fourth generation will remain the basis of fighter aviation in many countries of the world, if not all, for a long time to come. Boeing, for example, recently won a contract to supply the Air Force with the first eight F-15EX fighters.

In the case of the Su-30SM2, Russia is going the same way. Without abandoning the fifth generation, it systematically increases the capabilities of generation 4+ (+) fighters. At the same time, the modernization of the Su-30SM to a new level can become one of the foundations of the country's security: if you add up the fighters of this type, built for the Air Force and the Navy, you get more than 100 combat vehicles. That is, more than the Su-35S has been produced for all the years.

In this regard, it is appropriate to recall the previously announced plans to equip the Su-30SM with a new air-to-surface missile. Some experts have described it as "hypersonic". Its creation is carried out within the framework of the development work "Adaptation-Su". According to experts, we can talk about the Kh-32, which should be part of the arsenal of the Tu-22M3M bomber. It has a range of about 1000 kilometers and is capable of speeds up to 5,4 thousand kilometers per hour. 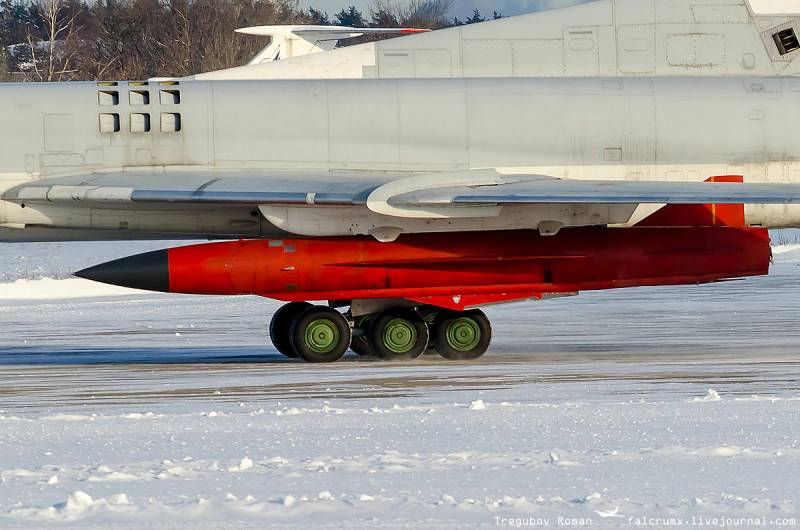 If this information is correct, then in the future the fleet and aerospace forces will be able to get at their disposal an extremely powerful aviation complex, which theoretically can be effectively used even against the largest enemy surface ships. It is pertinent to recall that the Indian Su-30MKI already possess similar qualities, which had previously received the BrahMos missile, a supersonic anti-ship missile developed jointly by the NPO Mashinostroyenia MIC and the Defense Research and Development Organization (DRDO) of the Indian Ministry of Defense.

It is clear that upgrading the Su-30SM to the Su-30SM2 is an important and correct decision. It will significantly increase the combat potential of the aircraft and will contribute to the unification of the aircraft fleet of the Russian Aerospace Forces.