Army of the USSR after the Great Patriotic War. From war to peace and back 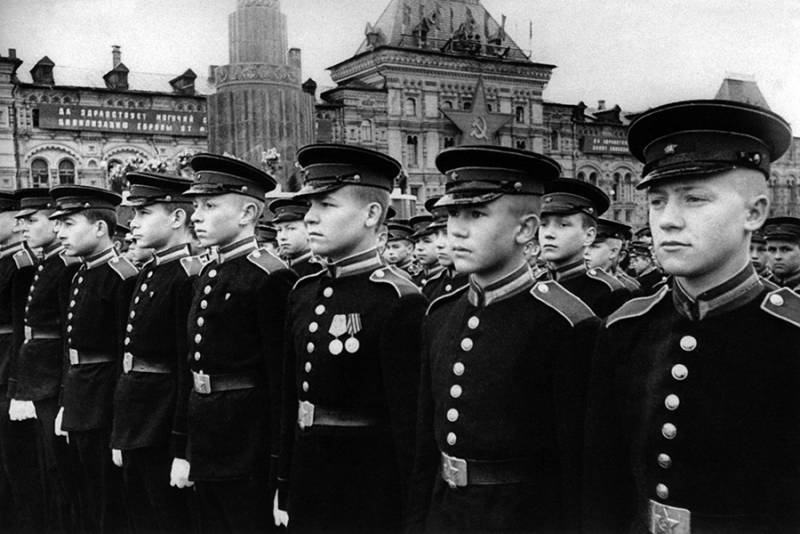 After the victorious end of the Great Patriotic War with honor and glory, the army of the Soviet Union that won it underwent very serious changes. Let's try to remember exactly how they happened and what each of their several stages was connected with.


Carefully studying that difficult time, one cannot fail to notice that with all its integrity and consistency in the main thing - the desire to create powerful armed forces capable of reliably protecting the country from any enemy, the reforms of the post-war army can be quite confidently divided into two periods. The first lasted from about 1945 to 1948, and the second from 1948 until the death of Stalin and the rise to power of Nikita Khrushchev. What is the difference between them?

In short, in my opinion, it can be reduced to the fact that if immediately after the victory there was an adaptation of the country's armed forces to peacetime, then after the "collective West", primarily the United States and Great Britain, took a course of open confrontation with our country, global goals and objectives have been changed in the most drastic way. The simplest and most convincing proof of this thesis are the indicators of the dynamics of the size of our army at that time.

As of May 1945, there were 11 million 300 thousand people in the ranks of the Red Army. By the beginning of 1948, this figure was a little over 2 million, a decrease of more than fivefold. However, at the time of Stalin's death, the Armed Forces of the USSR numbered almost 5 and a half million personnel. As you know, Joseph Vissarionovich never did anything without a reason. Consequently, the new twofold increase in the size of the army was due to something.

Let's return, however, to reforms and changes. Sometimes I will allow myself to deviate from a purely chronological order, building them according to the degree of importance and, so to speak, globality. First of all, at the end of February 1946, the Workers 'and Peasants' Red Army was renamed the Soviet Army. Someone to this day is perplexed about this: why change the name, especially after such brilliant victories? I think Stalin was well aware of the fact that the Great Patriotic War was won not only by representatives of the two "advanced" classes. He paid tribute to everyone who forged victory and gave their lives for it, regardless of their social origin, and once again emphasized that the Great Patriotic War became the crucible in which a completely new human community was finally forged - the Soviet people. Hence the change.

After the victory, fundamental changes were made in the structure of the country's armed forces, primarily in their leadership. The main bodies of wartime, the State Defense Committee and the Headquarters of the Supreme Command, were abolished already on September 4, 1945. In February 1946, the people's commissariats of defense and naval fleet were united in the People's Commissariat of the Armed Forces. A month later, like all Soviet governing bodies, it became known as the Ministry of the Armed Forces. In 1950, the USSR Military and Naval Ministries were formed again.

The number of military districts was rapidly decreasing: from 32 in October 1946 to 21 in the same year and to 16 in 1950. As mentioned above, there was a rapid demobilization, which was finally completed by 1948, when the ranks of the army left 8 and a half million people belonging to 33 draft age. At the same time, unlike Khrushchev's or "post-perestroika" barbaric reforms, the worst thing did not happen - the squandering of the "golden fund" of the armed forces, the best representatives of its command staff. The dismissal of officers with a higher military education was strictly prohibited. Moreover, in the Soviet Army titanic work unfolded not only to preserve, but also to improve the personnel potential. The war, which "devoured" straw like fire, was over for the junior command staff, and the emphasis was now placed not on the quantity, but on the quality of the training of officers.

First of all, this was expressed in the decisive rejection of all accelerated training courses for military specialists. Military schools passed to two- and then three-year terms of training young officers. At the same time, their number grew steadily: from 1946 to 1953, more than 30 higher military schools and four academies were opened in the USSR! The main emphasis was placed on training not only future commanders, but also top-class technical specialists. The Great Patriotic War was already a "war of engines", and the Kremlin was well aware that the next conflict would be a clash of even more sophisticated and sophisticated military technologies.

That is why the unprecedented re-equipment of the Soviet Army was carried out with the most modern, most advanced models of weapons and equipment. This applied to all types and types of troops, where it entered as the most advanced rifle at that time weaponand new Tanks, aircraft, artillery, radar stations and much more. The same processes were going on in the navy. It was during these years that the foundations of such future combat arms as the strategic missile forces were laid (their first unit was the Special Purpose Brigade of the Supreme High Command Reserve, created in August 1946), and anti-missile defense forces. The nuclear missile shield of the Soviet Union was created at an accelerated pace, which was destined to provide our country with the future decades of peaceful life.

The impetus given to the development of the Armed Forces of the USSR in those years was so powerful, and their potential created in a short time is so enormous that even the destructive actions of Nikita Khrushchev could not ditch the Soviet Army, under the guise of "transformations" he did everything possible to weaken it, if not destruction. However, this is already completely different история.