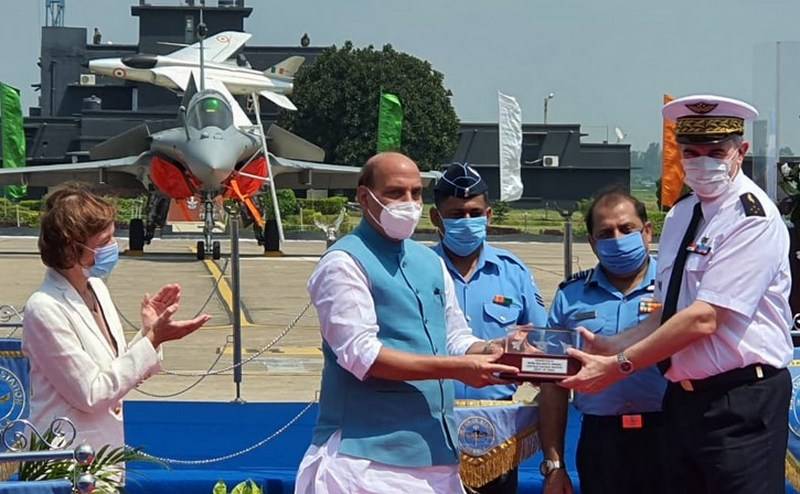 So far, the Indian Air Force has received five Rafale fighters out of 36 ordered. On July 29 of this year, three double Rafale DH and two single Rafale EH arrived at Ambala airbase, having made an independent flight from France. The fighters became part of the 2019th Squadron of the Indian Air Force, which was deployed at the Ambala airbase, restored in September 17. The squadron is to be fully equipped with 18 Rafale aircraft in February 2021. Following the 17th squadron, the Rafale fighters are to enter service with the squadron at Hasimara airbase.


To date, the French have built 10 Dassault Rafale fighters for India, five of which are in France, where they are used to train Indian pilots.

In total, under a contract signed in 2016 worth $ 8,7 billion, the Indian Air Force will receive 28 single-seat Rafale EH fighters and eight two-seat Rafale DH fighters. The delivery of all fighters was previously planned in April 2022, but the dates may be shifted due to the coronavirus pandemic.

Ctrl Enter
Noticed oshЫbku Highlight text and press. Ctrl + Enter
We are
Criticism from the Minister of War of France to the United States: NATO has a point 5, not F-35Corruption scandal around the French defense minister
Military Reviewin Yandex News
Military Reviewin Google News
16 comments
Information
Dear reader, to leave comments on the publication, you must to register.