Secret war behind enemy lines. German agents among the partisans 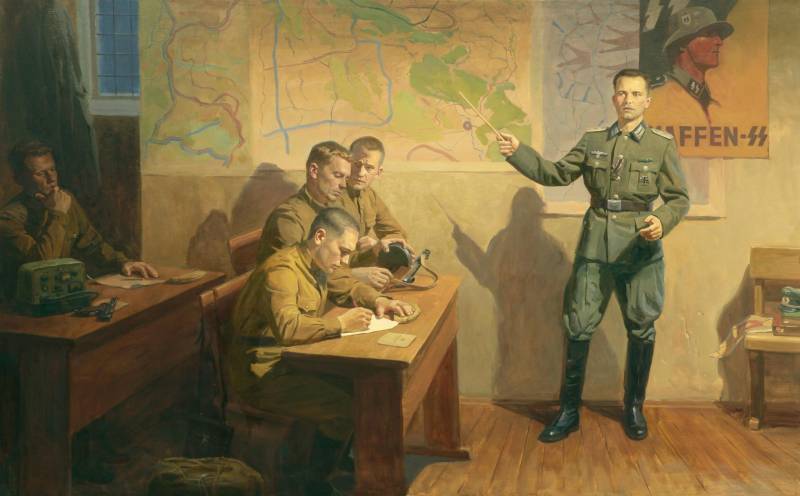 Faced with a powerful partisan movement after the attack on the Soviet Union (the first directives on the relevant issue appeared in the active army at the end of July 1941), the military leadership of Nazi Germany very quickly became convinced of the extremely low effectiveness of using conventional methods and means to fight the people's avengers. used to defeat the enemy at the front. Then other tricks were used.


Initially, the Nazis, seeing in the partisan formations only units and subunits of the Red Army that had "fought off" the main forces (as it often was), tried to act against them, using large military formations with the support of motorized groups and aviation... However, this tactic proved ineffective. Already at the end of summer - beginning of autumn 1941, attempts by army generals to "smoke" the Belarusian partisans from their bases and destroy the detachments that had settled in swamps and forests were a fiasco.

The forest will cover at least one soldier from the plane with its crowns, at least a hundred. A tank, even the lightest, is useless in the forest and in the swamp: it can only be destroyed there. In addition, the roar of engines working at the limit warns of the approach of the enemy better than any reconnaissance and gives time to retreat into the impassable jungle. But the Wehrmacht soldiers were not eager to climb into the thicket, where a bullet would come from behind every tree. All this forced the leadership of the army and special services of the Third Reich, involved in the Eastern Front and the occupied Soviet territories, to use much more sophisticated techniques.

I have already talked about the creation of false "partisan detachments", whose goal was both the physical destruction of real people's avengers and their compromise in the eyes of the local population, in a previous publication on this topic. However, it was not always possible to recruit a whole group of traitors in a particular locality. In addition, in certain cases, the work of lone agents was much more effective. It is not surprising that already in 1941 the Nazis began to develop and introduce new methods.

“It is necessary to create the most extensive network of secret agents, providing them with detailed instructions and appearances. The creation of such an organization is entrusted as a joint task to the divisions engaged in the protection of the rear of the German troops and the secret field gendarmerie. "
These are lines from a directive issued in September 1941 by the head of the rear of the Northern Front of the Nazi troops. Local units of the Abwehr (military intelligence and counterintelligence of the Third Reich), local commandant's offices, SD, as well as Gestapo officers operating in the occupied territories were engaged in similar matters. In 1942, due to the fact that the partisan movement continued to gain more and more strength, the so-called Sonderstab R (Special Headquarters "Russia") was created, which oversaw the fight against the people's avengers.

From whom exactly did the invaders recruit their agents? Several categories should be distinguished. The best candidates for open and tacit cooperation were seen by the Nazis as those who directly or indirectly suffered from the Soviet regime - both during the revolution and civil war, and afterwards. The Germans, who did not like this public very much, treated the criminal element with great distrust and disgust, trying to use it exclusively for the dirtiest and most bloody affairs.

But "representatives of the outskirts of the USSR", by which the Nazis meant primarily the inhabitants of the Baltic states, Western Ukraine and Western Belarus, were in their favor. The local nationalists generally represented a real find for the invaders, since they were eager to serve not only for selfish reasons, but also "for the idea." Also, recruiting approaches to prisoners of war, primarily to the partisans who fell into the hands of the invaders, were undertaken without fail. Here the price for "cooperation" was the life of themselves and their loved ones, as well as the end of torture and abuse.

However, the issue of material incentives for traitors by the Germans was worked out with all their inherent thoroughness and pedantry. Here is an excellent example: an order for the 28th Infantry Division of the Wehrmacht, which specifies the amount of remuneration that can be paid to representatives of the local population for fighting the partisans or for information about them: up to 100 rubles. At the same time, however, the denunciations made must have been "solid". It should also be mentioned that in the case of the local population, the overwhelming majority of the recruited targets were women. And the point here was not so much the sophistication and lack of principle of the Nazis, as the fact that there were very few men left in the occupied territories.

A special danger was posed by agents and provocateurs, not just hastily recruited from the local population through threats and primitive bribery, but persons who had undergone thorough training in special schools, which were usually run by the Abwehr or the Gestapo. It is reliably known about the training of groups of anti-partisan provocateurs in a number of similar "educational institutions" located on the territory of the occupied Baltic. They existed, however, in many other places. The Soviet counterintelligence agencies, SMERSH and the NKVD, paid increased attention to identifying and destroying such "snake nests". Often by sending in their own agents, including recruited graduates.

How did the agents of the invaders act? The ideal option was the penetration of its representatives into partisan detachments in order to transmit to the Nazis the most accurate information about their composition, number, armament, as well as the locations of partisan bases and their protection and defense systems. Also, those who embarked on the path of betrayal could be assigned the task of destroying partisan warehouses, eliminating commanders and commissars, or even poisoning all fighters. Sometimes, however, the game was played with more subtle methods: the agents sent were supposed to corrupt discipline among the people's avengers, persuade them to drunkenness, looting, disobeying orders, sowing panic rumors, and demoralizing the partisans.

Such moments were important for the German fascist invaders. This is evidenced by at least an excerpt from a special document that appeared in 1942, entitled "Special instructions for the fight against partisans", which clearly states that any raids and operations against the people's avengers without prior intelligence information about them are a matter of "absolutely ineffectual ”and you shouldn't even try to carry them out. Based on this, it can be argued that the cause of the death of the absolute majority of the partisan detachments and underground cells destroyed by the Nazis was precisely the betrayal and the activities of enemy agents.

Ctrl Enter
Noticed oshЫbku Highlight text and press. Ctrl + Enter
We are
The central body of the military control of the guerrilla movement at the Headquarters of the Supreme Command during the Great Patriotic WarPlanning of hostilities of partisans of the western regions of the RSFSR
Military Reviewin Yandex News
Military Reviewin Google News
97 comments
Information
Dear reader, to leave comments on the publication, you must to register.