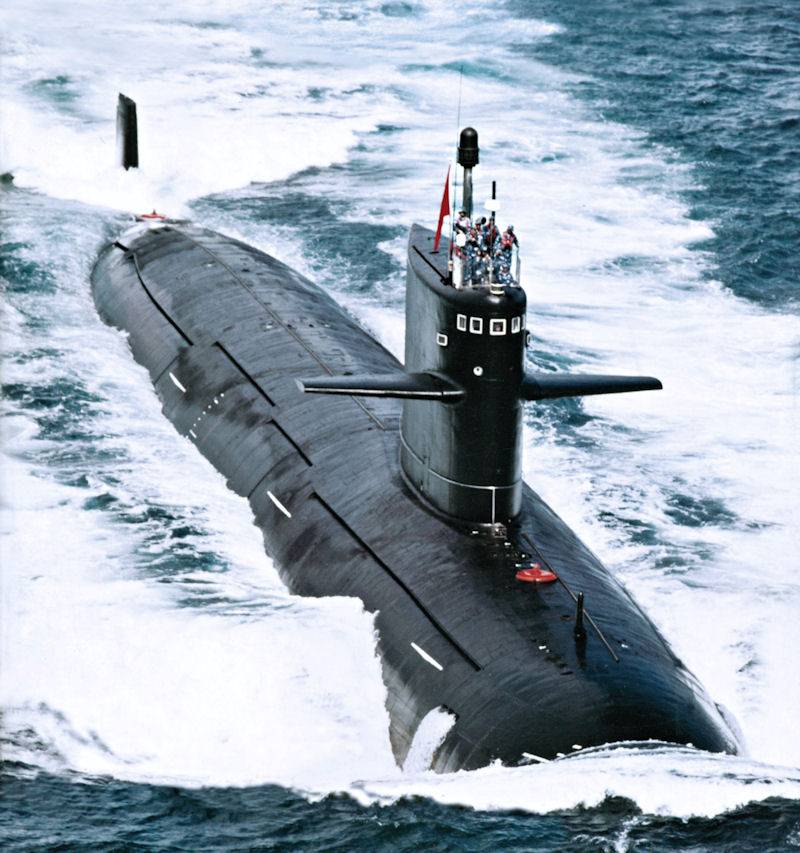 To date, the PRC has built a fairly large nuclear submarine fleet, equipped with ships of all the necessary classes. The basis of such forces at the moment are the Type 093 multipurpose nuclear submarines. There are at least six such ships in service, presumably of three modifications. Submarines of different versions are capable of fighting underwater and surface targets, as well as attacking enemy ground targets.

Project and its development

In the mid-seventies, the PRC Navy received its first nuclear submarine - it was the ship of the newest project "091" (the spelling "09-I" is also found). At the beginning of the next decade, work began on the second generation of multipurpose nuclear submarines, and later this project received the number "093" ("09-III"). Also used cipher "Shang" or Shang-class. Their goal was to search for technologies to create a more advanced hunter submarine.

The direct design of the new nuclear submarine began only in 1994 and took several years. The lead ship of the series was laid down in 2001. Due to the high complexity, the construction was delayed, and the submarine entered sea trials only in 2003. Soon after, the existence of the new project was learned abroad, and the promising submarine for a while became one of the main topics in the specialized media.

At that time, a version appeared according to which Soviet / Russian technologies were used in the new Chinese project, and the submarine was similar in design to the project 671RTM or 971. However, China always emphasizes the independent nature of its developments. 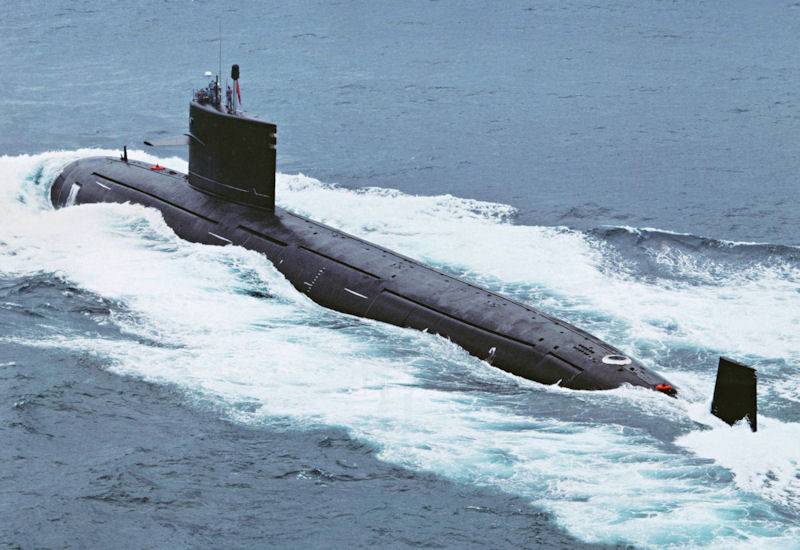 In mid-2007, Beijing officially announced the new nuclear submarine for the first time. At one of the exhibitions, some materials on the project were presented, and then a solemn ceremony of introducing the submarine into the Navy took place. Soon the fleet began to transfer the following submarines, built from the beginning of the two thousandth years.

In 2009, the third submarine of the project entered service. According to foreign data, it was built according to the updated Type 093A project. The main differences were in a wider range of missile weapons. According to the IISS reference book The Military Balance, four such ships have been built.

In recent years, there have been reports of the existence of two new variants of the old project. The nuclear submarines "093B" are distinguished by a general improvement in design and onboard equipment, but they do not fundamentally differ from previous submarines. The next project "Type 093G" provides for the use of vertical launchers for missiles of various types. There are no exact data on the construction of boats "B" and "G". According to some reports, Type 093G was brought to construction, and they changed the basic modification in production.

Nuclear submarines "Type 093" are approx. 107-110 m with a width of up to 10-11 m. The submerged displacement is estimated at 7 thousand tons. In the "G" modification, the length and displacement are increased due to the appearance of a new missile compartment. It is placed behind the wheelhouse and forms a small hump above the deck. 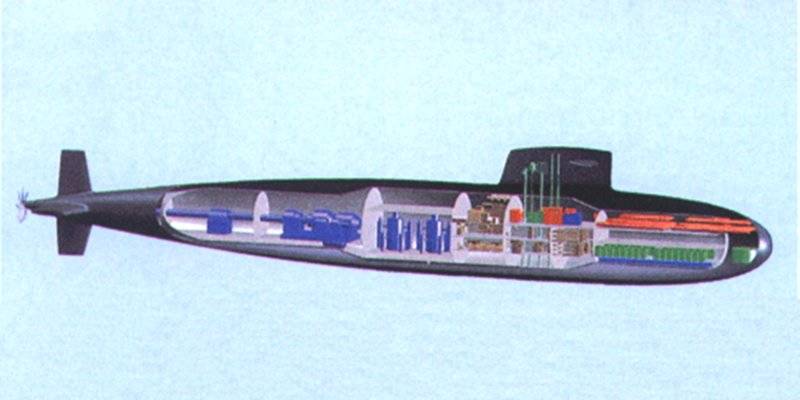 Estimated ship layout
The boats have an elongated hull with a rounded bow and tapering stern. Closer to the bow there is a wheelhouse fence with horizontal rudders. The stern carries vertical and horizontal rudders. Accurate information on architecture, type and characteristics of rugged case, etc. absent.

According to Chinese data, boats "093" are equipped with a graphite-gas reactor of unknown capacity. In foreign sources, one or two pressurized water reactors are indicated. The newer submarines differ from the previous "Type 091" by the greater safety of the power plant. A seven-blade propeller is used for propulsion. The submarine is capable of developing an underwater speed of up to 30 knots and has an unlimited cruising range.

The exact composition of the onboard equipment is classified. At the same time, it is known about the presence of a complex hydroacoustic complex with high characteristics. It includes a main station with a bow antenna and side-looking antenna canvases - three per side. Thus, the submarine "093" is capable of monitoring the front hemisphere and areas on the sides, which dramatically increases situational awareness.

In the first versions of the 093 project, the armament included only six torpedo tubes of 533 mm caliber, installed in the nose in two tiers. Early submarines could only use standard Chinese-made torpedoes. Type 093A received the YJ-82 missile system. Its rocket is launched through a torpedo tube and can hit surface targets at ranges of up to 30-35 km.

Type 093G retains torpedo tubes and also carries a versatile vertical launcher that can hold 12 different types of missiles. Anti-ship capabilities are expanded with the YJ-18 missile with a range of up to 540 km. The ability to attack ground targets has been obtained - for this, a CJ-10 cruise missile with a range of more than 1500 km is used.

The issue of noise level of submarines "093" is being actively discussed in foreign circles. In Chinese and foreign publications it is reported that the first ships of this type generated noise at a level of 90-110 dB. This corresponds to American or Soviet submarines created at the turn of the seventies and eighties - thus, the Chinese shipbuilding lagged behind the leaders for 20-25 years.

Later, the Chinese side claimed that the new boat "093G" is much quieter than the previous modifications, but without any clarifications. It is quite possible that the further development of technology and technology made it possible to bring the characteristics of the Chinese nuclear submarine to the level of newer foreign models - but not advanced and modern ones.

The core of the nuclear fleet

From 1974 to 1991, the PLA Navy received five Type 091 submarines. Two of them have now been removed from the fleet, one has become a museum. The status of the three remaining is unclear - they remain in service or have already been put into reserve. As a replacement for "091" new submarines "093" were created - six units were built. It is also known about the development of a new project "095", and the lead ship, according to various sources, is already under construction. 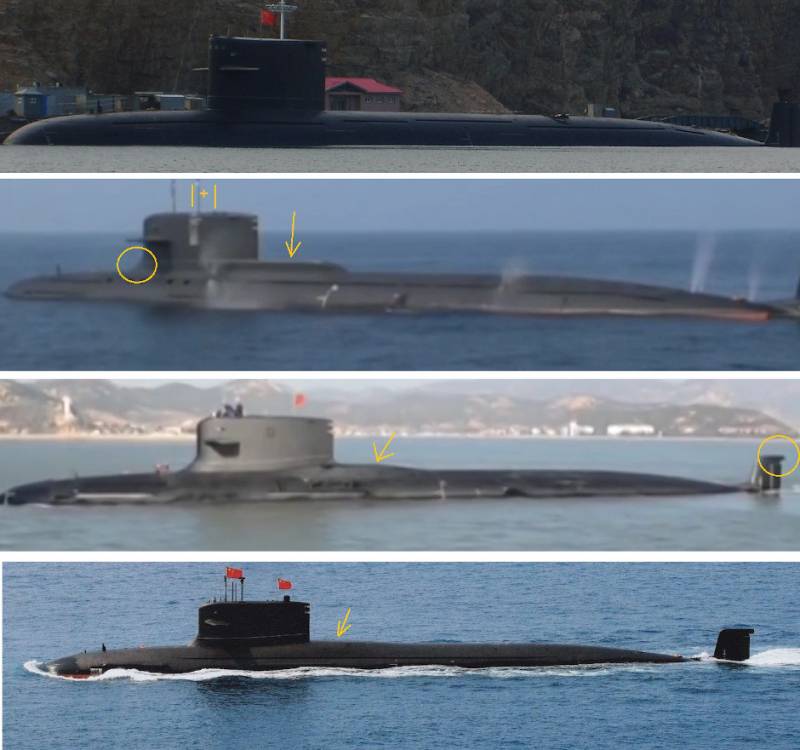 Comparison of submarines of different modifications. The later ones are distinguished by the characteristic hump of the rocket compartment.
In fact, at the moment six Type 093 pennants are the only multipurpose nuclear submarines in the Chinese fleet. Older samples are put into reserve, while newer ones have not yet appeared at all or are absent in noticeable quantities. As a result, all combat work falls on "093" with missile and torpedo armament.

Thanks to such submarines, the PLA Navy at the end of the 093s was able to organize combat duty in dangerous areas to search for and destroy enemy submarine and surface forces. The appearance of submarines "XNUMXG" in combat strength will expand the range of tasks and will allow the fleet to hit ground targets.

At the same time, it should be noted that the presence of only six multipurpose nuclear submarines seriously limits the potential of the submarine forces. Diesel-electric submarines remain the core of this component of the Navy - with known problems and limitations.

History projects of the "Type 093" family shows that the Chinese military shipbuilding is able to build nuclear submarines of different classes, incl. multipurpose ships. At the same time, large-scale and fast production is still impossible. Perhaps the new project "095" will change this situation - but such results are still far away.

Ctrl Enter
Noticed oshЫbku Highlight text and press. Ctrl + Enter
We are
PLA Navy Opportunities to Combat Carrier Strike Groups. Part 1Lady of the depths
20 comments
Information
Dear reader, to leave comments on the publication, you must to register.