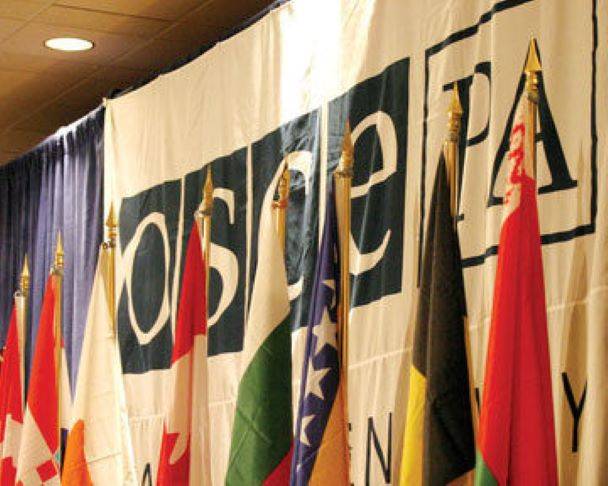 The last month of 1975 drew a strategic line under the period of tightening of the "cold war" and at the same time, as it were, summed up the Soviet Union's many years of efforts to establish a dialogue with the West. The apotheosis of these tendencies was the signing on August 1, 1975 in Helsinki by 35 states, including the USSR, the USA, Canada and Turkey, of the Act on Security and Cooperation in Europe.

The economic situation in the USSR at that time was rapidly deteriorating in combination with the world arms race, as well as the growing military and political confrontation between Moscow and Beijing. There was also a number of related factors that required a slowdown in the unwinding of the spiral.

At the same time, the West was not inclined to build up the already high tension in relations with the USSR. At that time, the notorious long-term oil and gas contracts of the first half of the 70s for the supply of Soviet oil and gas to Western Europe had already been signed.

It is they, we emphasize, that for the first time revealed the real possibility of the West to "get rid of" the maximum dependence on raw materials from the Near and Middle East. Therefore, the well-known initiatives and efforts of Brezhnev, Gromyko and Kosygin of the late 60s - mid 70s to ease tensions between the USSR and the West / Warsaw Pact and NATO were crowned with success.

This was substantively embodied in the Helsinki Act of August 1, 1975, which, among other things, proclaimed the inviolability of the post-war European borders. In addition, the priority of dialogue and compromise in relations between the Soviet and American blocs, and their respect for each other's interests, at least in Europe, was officially recognized. 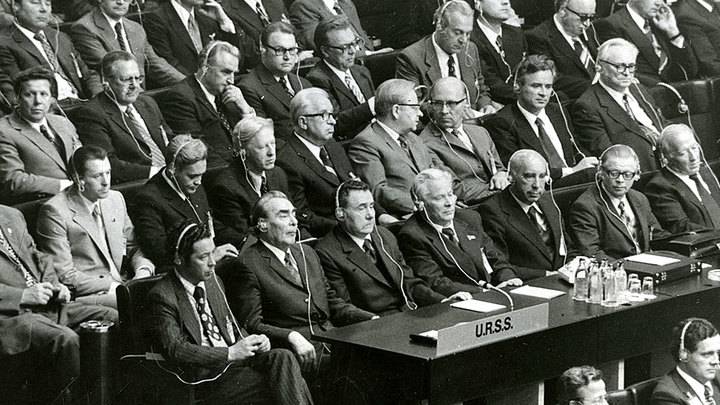 In a forgotten corner of Europe

But, as they say, not without a significant, albeit miniature fly in the ointment. For, according to the official position of Tirana - Beijing, outside the brackets of Helsinki-75 there are many unresolved interstate conflicts, which are still real. Therefore, Stalinist Albania turned out to be the only country in Europe that refused to participate in the Helsinki conference itself and in the negotiations for the preparation of this forum.

The Albanian authorities called on the East European "satellites of Moscow" to draw attention to the fact that the Soviet leadership "for the sake of the West and above all the FRG" does not seek to clarify in detail the post-war borders in Eastern Europe and demand an official ban on West German revanchism. 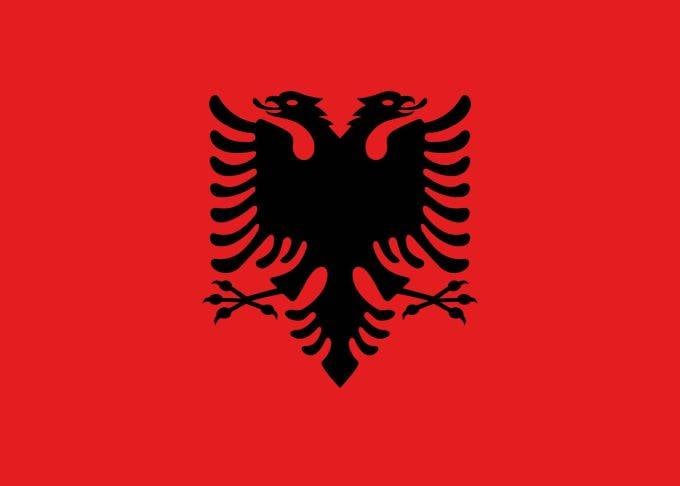 Because of such a policy, as Albanian leader Enver Hoxha believed, the prospect of implementing Bonn's revanchist claims is real in the event of the weakening of the USSR, the GDR and the Warsaw Pact.

The same position was expressed in the Stalinist and openly pro-Albanian and pro-Chinese Communist Party of Poland, which was illegal at that time. Its permanent leader Kazimierz Miyal was supported by a number of politicians from other Warsaw Pact countries who did not recognize criticism of Stalin's personality cult (for more details see: “Communists of Eastern Europe. They did not become "strange" allies ").

Tirana and Beijing reasonably appealed to the fact that, firstly, in the treaties of the early - mid-70s of the USSR, Poland, Czechoslovakia and the GDR with the FRG, the inviolability of the post-war borders of those socialist countries with West Germany was noted only in general terms. But the relevant territorial provisions of the treaties, where the new borders between these countries were fixed in detail, were not confirmed in the corresponding agreements with the FRG, at least in references to these treaties, which Albania and the PRC proposed.

Secondly, the same treaties did not contain the FRG's obligations to cancel or at least change a number of articles of its Basic Law (1949), confirming the claims to the entire former Prussia, Pomerania, Sudetenland, part of Silesia. And also to Austria and a number of regions in Western Europe that were part of Nazi Germany. The revanchist essence of these articles was also ignored in the Helsinki Act.

Article 135 is even more specific: "Shared ownership of the former land of Prussia", that is, including the regions of Poland adjacent to the Kaliningrad region and the Klaipeda-Neman region of Lithuania, "in private enterprises goes to the Federation."

But why exactly the "Basic Law" and not the Constitution? The answer can be found in the official clarification of the Federal Government Press and Information Office (1999): “We are talking about the foundations of constitutional regulation in the transition period before the reunification of Germany. This choice accentuates the geographically limited scope of the Basic Law. ”

It turns out that the absorption of the GDR and West Berlin by West Germany in 1990, as was believed in Tirana, is only a prologue opening the floodgates for the aforementioned claims when the time comes ... Because of these factors, the then treaties with the FRG were criticized, although not publicly, in Romania , Yugoslavia and the DPRK.

At the same time, China, together with Albania, officially condemned the position of the USSR and the countries under its influence on these issues. But proposals from Warsaw, Prague, Bucharest and East Berlin to listen to the arguments of Beijing and Tirana were rejected in Moscow.

In the PRC and Albania, it was reasonably believed that the border clauses of the treaties of the USSR, Poland and Czechoslovakia with the GDR (first half of the 50s) should have been noted in the aforementioned agreements with the FRG. And the forthcoming Helsinki Act 75 should have been supplemented with an appendix containing at least references to these documents, coupled with a recommendation to Bonn to revise the revanchist provisions of the Basic Law of the FRG.

"Otherwise," the People's Daily noted on August 14, 1970, "there is a betrayal of the sovereignty of the GDR and a number of other countries, stimulating revanchist claims on the part of Bonn." In the PRC in September 1970, a brochure of the Central Committee of the Communist Party and the Foreign Ministry was published in Russian with a detailed justification of these and related arguments.

Albanian and Chinese propaganda of that period argued that the then leadership of the USSR actually laid a bomb of indefinite action under the territorial integrity and sovereignty of many Eastern European countries. Moreover, it did this in favor of the desire to quickly negotiate with Bonn about the credit and technological replenishment of Soviet oil and gas supplies to the FRG and the neighboring countries of the West.

This, as Beijing remains convinced, could also call into question the sovereignty of the USSR in the Kaliningrad-Klaipeda region of the former East Prussia. Moscow has invariably ignored the position of its opponents. But after the collapse of the USSR, the liquidation of East European socialism and the Warsaw Pact, German revanchism, at least "unofficial", became, as is known, more active.

Moreover, it became more active after the official recognition by the leadership of the USSR in 1989 of the illegitimacy of the Soviet-German political agreements of 1939. By the way, this position of Moscow was officially condemned by Romania under the leadership of N. Ceausescu and Albania, which remained Stalinist until the beginning of the 90s. 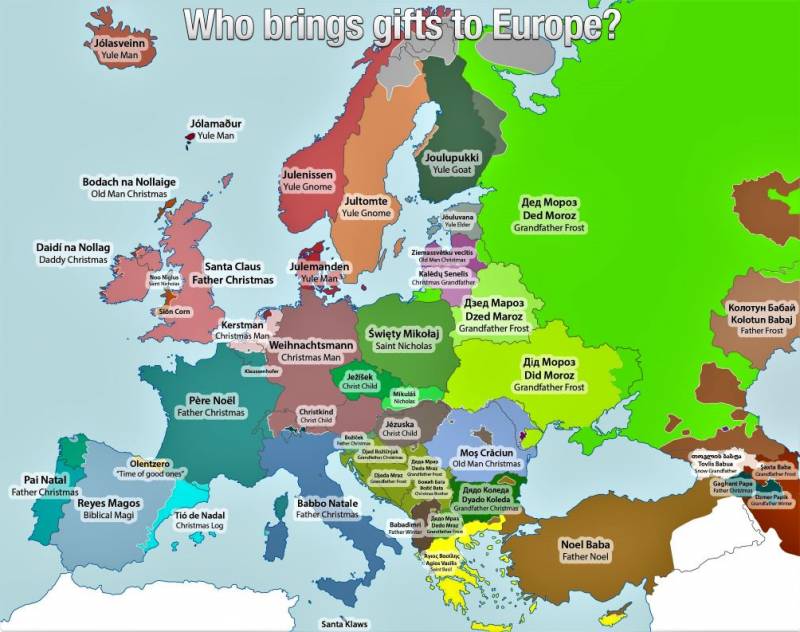 Territorial disputes in Europe are commonplace
In Albania, it was proposed to include in the agenda of Helsinki-75 a very "original" idea of ​​the then Francoist leadership of Spain - the illegal British status of Gibraltar; and also the proposal of the Republic of Cyprus on the illegitimacy of the self-styled "Turkish Republic of Northern Cyprus".

It was also proposed from Tirana to involve in Helsinki-75 a number of independent Mediterranean states adjacent to the countries participating in the meeting, that is, the countries of North Africa, as well as Syria, which have always had very strong ties with the old continent. But in vain. As a result, Albania ignored the big Helsinki meeting.

But the above-mentioned conflicts, and in Cyprus; and with Gibraltar and between Syria and Turkey, and even the Spanish-Moroccan dispute over the Spanish enclaves in Morocco, have not disappeared to this day. It seems that on this issue the special position of the then Albania was not “unfounded” and “unnecessary”?

Ctrl Enter
Noticed oshЫbku Highlight text and press. Ctrl + Enter
We are
Chernobyl notebook. Part of 3Diplomats of the People's Commissariat of Defense: on the eve and during the war
Military Reviewin Yandex News
Military Reviewin Google News
43 comments
Information
Dear reader, to leave comments on the publication, you must sign in.