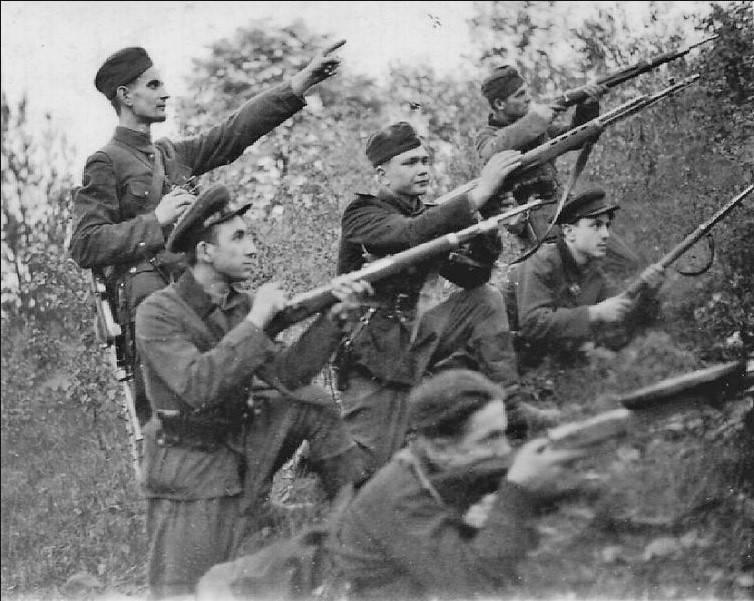 The hostilities that were fought against the Nazi occupiers on the territory of the Soviet Union they had seized have always been and still remain one of the most mysterious and dramatic chapters of the annals of the Great Patriotic War. A lot of misunderstandings and "white spots", alas, create a space for the emergence of certain innuendo and false interpretations, which must be refuted, no matter how many years have passed since those events.


One of the favorite myths of various "exposers" and "desacralizers" of the military feat of the Soviet people is the assertion that the partisan movement unfolding in the regions occupied by the Nazis was not only useless and did not make a significant contribution to the common victory, but almost harmful. They say that the fighters who called themselves the people's avengers, who fought far from the front line, were in fact the same oppressors for the local residents, like the Nazis and their accomplices who came to our land.

Allegedly, they robbed their own compatriots, condemning them to death by starvation, mocked them, raped and killed. I will not even try to argue that nothing like this happened. Unfortunately, all this happened. But those who committed these atrocities had nothing to do with the true partisan movement. On the contrary, such groups and detachments were just created by our enemies to discredit him and, ideally, complete and final destruction.

The military and political leadership of the Third Reich did not immediately realize the enormous danger to itself of the people's war that broke out in the "conquered" expanses of the USSR with uninvited guests. Somewhere the activities of underground and partisan groups were carefully prepared ahead of time, and their leadership was carried out by cadre officers of the NKVD, military intelligence, and party workers. In other places, the detachments of those who were eager to beat the enemy in his rear, arose spontaneously or were formed from soldiers and commanders of the Red Army, who could not get out of the encirclement, but add weapon did not want to.

Like streams flowing into mighty rivers, these groups, detachments, cells over time began to merge into whole formations, representing a significant threat to enemy communications and rear garrisons. The development of the partisan movement was also facilitated by the increasing assistance of the "mainland" over time. By the end of the autumn of 1942, the Wehrmacht command was forced to additionally transfer 5 divisions to carry out punitive and anti-partisan operations to the Reichskommissariats located on Soviet territory. Another 50 thousand personnel were involved in the same functions in the combat zone of the ground forces. For the Hitlerite command, the diversion of such forces from the front was, of course, unacceptable.

In the fight against the partisan movement, the invaders used various methods. As a rule, total terror, which was supposed to make the local population forget about even the weakest attempts of resistance. However, the Nazis did not take into account either the Russian character or the Soviet upbringing. In the end, their atrocities had an effect that was exactly the opposite of what was intended. After each punitive action, the number of the people's avengers and their rage towards the enemy only increased.

At a certain stage, the invaders realized that the only way to eradicate the partisan movement was to completely "cut off" it from the support of the civilian population of those territories where its formations operated. Left without food, reinforcements, messengers and scouts, the partisans were to become easy prey for the punishers. But how could this task be achieved if the fear and terror on which the stake was initially placed did not work? Alas, they were not fools in Hitler's headquarters and special services: it was they who came to the conclusion that civilians should begin to fear and hate partisans more than German soldiers and policemen.

Now it is no longer possible to establish for certain who, when and where the first false partisan detachments were created, the purpose of which was both the physical destruction of the real partisans and their maximum denigration of them in the eyes of the local population. Similar operations were carried out by local branches of the Abwehr and SD, the field gendarmerie, and the Gestapo. As a rule, former criminals, other marginal scum, who happily went to the service of the Nazis, became "human material" for such groups. Moreover, participation in this kind of "masquerade" was less dangerous and promised much more opportunities for a pleasant pastime than just serving in the police. Local nationalists, especially in the Baltic States and Western Ukraine, also served as a considerable "personnel reserve" for the Nazis.

Most often, stocks of uniforms and weapons of the Red Army captured in 1941-1942 were used to equip fake detachments. The Nazis got them, alas, a lot ... "Werewolves" were dressed in Soviet military uniforms (most often without insignia), armed and released "on the hunt." The traitors' tactics in this case were simple but effective. Entering the villages, they began to look for those who could help "find their own", that is, partisans. The trouble is, if there were those who believed them: martyrdom awaited the messengers themselves, and if they had time to tell about the location of the partisan camp, the whole detachment could have perished.

It was common for such gangs to set up a general "expropriation" in the village or village they visited, during which not only all valuable things, but also products were taken away cleanly. Violence against women was also a widespread practice of these non-humans. All those who were dissatisfied or dared to be indignant were killed on the spot. At the same time, changelings often executed local policemen or elders to maintain their own "partisan legend". The "Aryans", who did not even consider the inhabitants of the "conquered territories" completely loyal to them, as people, turned a blind eye to such things, writing off their own lackeys as "inevitable losses."

I will give just one example of the actions of such a pseudo-partisan gang operating in the Pskov region and on the territory of Belarus - the Martynovsky-Reshetnikov group, well-known to connoisseurs of this subject. They are responsible for the murder of many partisans, their surrender to punishers, mass executions of civilians, torture, humiliation and the destruction of entire settlements. Most of these non-humans were hunted down and destroyed by the partisans themselves. Only Igor Reshetnikov, who survived the war years and even managed to become an agent of American intelligence, waited for a well-deserved reckoning for 20 years: he was exposed and shot only in 1964.

Such actions were especially widespread after the decision in 1944 by the chief of the SS Heinrich Himmler to create the SS-Jagdverband fighter units. In their system, in addition to punitive detachments and pseudo-partisan groups, there were special schools for training not only saboteurs, but also agents whose purpose was to penetrate the formation of popular avengers in order to hand them over to the invaders. The Hitlerite special services used this method very actively and, unfortunately, quite successfully. However, this is already a topic for a separate story.