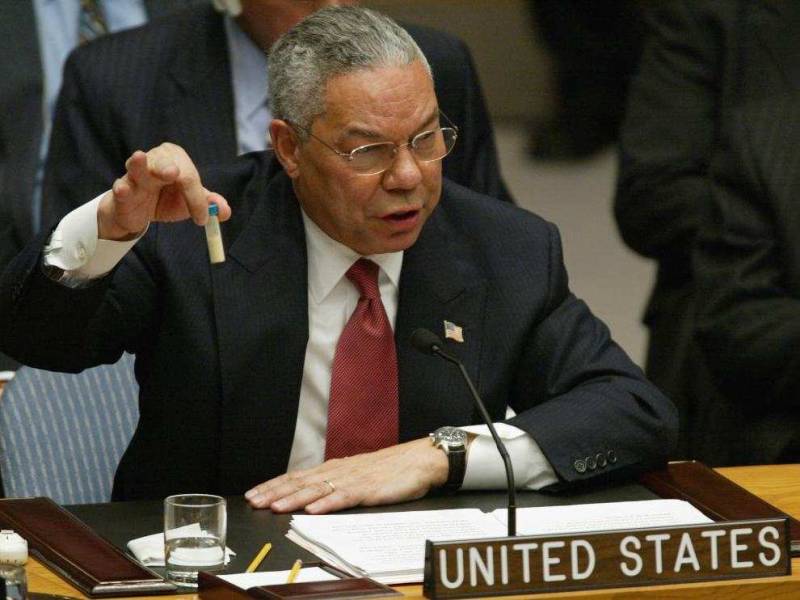 Oddly enough, but it was the democratization of Western society that led to the widespread dissemination of disinformation in the media space. Freedom of speech provided an opportunity for everyone to express their opinion, to expose it to the public. This is, of course, a great platform for inventing something that has nothing to do with reality.

Over time, the average person learns to filter information garbage and trust only trusted resources. But quite often government agencies, concerned with public support, act as generators of fakes. All unpopular decisions have to be somehow justified before the electorate. (In the case of an authoritarian regime, such a problem does not exist: the people only need aggressive propaganda.) They were not distracted by the construction of intricate disinformation in such situations. Mindful of the experience of World War II, when hatred of the Nazis in the United States was kindled, among other things, by personnel from concentration camps, modern political strategists began to sculpt fakes. One of the most famous media disinformation was newsfollowed by the invasion of Iraq by American soldiers. American PR agency Hill & Knowlton has published history how Iraqi soldiers broke into Kuwaiti clinics, retrieved babies from incubators and threw them on the concrete floor. Especially famous was the "girl Naira", an eyewitness who witnessed the atrocities of Iraqi soldiers. As a result, the public supported the outbreak of the 1991 Gulf War. Later it turned out that Naira al-Saba was the daughter of Saud bin Nasir al-Saba, the ambassador of Kuwait to the United States, and H&K completely fabricated all the evidence. Another example of a fake: in April 2014, the Ukrainian television channel Espreso.tv broadcast a report about “empty Crimean counters”, as evidenced by a photograph. The information turned out to be fake: the photo attached to the report was taken in 2012 in the United States during Hurricane Sandy - this could be identified by the Starbucks glass in the background, there was no such cafe in Crimea.

The media, as is clear from the examples above, have become the main distributors of disinformation. We can say that a certain gold standard of methods and techniques has developed, which is used by foreign propaganda as a blueprint. First of all, this is an outright lie, directed both against one's own country and other states. In addition, a specific tendentious selection of facts is possible, mixed with dissimilar opinions and facts. Authors often emphasize the data necessary at this moment, keeping silent about the really important. A ban is introduced on certain facts so that the public does not form a negative connotation of a fact or event. So, at the Nuremberg trials, as you know, it was forbidden to mention the Munich Agreement and the Molotov-Ribbentrop Pact. Of course, this cannot be called a direct lie, but it did not contribute to the formation of a complete picture of what was happening in the pre-war period. Further, in a mythical, or maybe a real textbook of practical disinformation, there is a thesis about the presentation of negative information: it is it that is assimilated by the reader and viewer in the first place. If the goal is to undermine a foreign state, then fakes that discredit the authorities and law enforcement agencies work well here. For example, the operation to deliberately poison a well-known opposition figure or a former intelligence officer looks convincing: this creates a pretext for accusation. Without presenting any facts, without cooperating with the accused, powerful public opinion can be created. The story with Alexei Navalny looks like a typical disinformation. The European establishment obviously needed to somehow react to the development of the world's first vaccine against COVID-19, and the birth of the absurd story with the Novichok poison seemed like an excellent answer. It was certainly possible to partially neutralize the wave associated with Sputnik V.

Controversial world leaders are convenient targets for masters of disinformation. They regularly exercise on Kim Jong-un, who is accused by the South Korean media of shooting officials either with anti-aircraft guns or with mortars. Later, the alleged victims appear in public quite healthy, but the story of the North Korean leader's sadism settles in the minds of the inhabitants for a long time.

Counter-fake work can be an interesting example of disinformation. For example, in 2014, students and graduates of the Mohyla School of Journalism from Kiev launched a specialized Internet resource StopFake, designed to expose fakes about the situation in Ukraine. The site quickly became popular. But citizen journalists and bloggers practiced exposing disinformation that was attributed solely to Russian manipulators. Thus, StopFake has formed and continues to form the impression that only Russia is waging an information-psychological war. Consequently, this anti-fake resource is, in addition to a revealing tool, also a propaganda tool that mimics civic journalism.

In war, all means are good

Political games with truth and lies fit perfectly into the model of military aggression. The public approval so much needed by the Western military has to be obtained through very dirty methods. The assembly point in Trnopolje in northern Bosnia since 1992 has become an excellent backdrop for the creation of perhaps the most famous photo fake of the last decades. A successful photograph of an emaciated young man behind barbed wire hit the cover of Time magazine and instantly became a news sensation. Serbs staged genocide of Bosnian Muslims! After that, calls for the punishment of cruel Serbs were heard everywhere, the memory of the atrocities of the Holocaust was so fresh. After the war, in 1997, German journalist Thomas Deichmann nevertheless discovered the forgery, though not himself:

“It all started when his wife, looking through the photos, noticed that the wire was attached to the other side of the fence. Her experience as a gardener affected. "

So the story of the Balkan concentration camp was presented in the media. Source: lv.baltnews.com 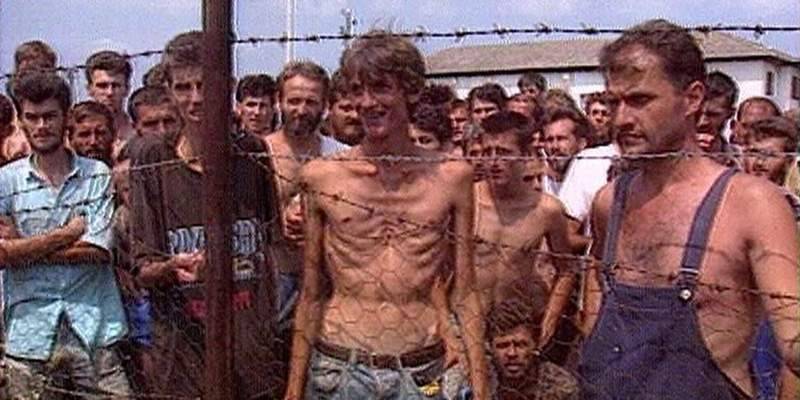 And so it was in reality. Source: warhead.ru
But history is quickly forgotten, and in 2001 Colin Powell demonstratively shakes a test tube at the UN General Assembly, which proves the need for military aggression in Iraq. Chemical weapon became a scarecrow in the Libyan conflict, when pro-Western propagandists in the person of Al-Jazeera convinced residents that Muammar Kadaffi was the second Hussein and would definitely use poisonous substances against his own people. The American CNN and the British Air Force have already shown their sanity and incorruptibility in all their glory in the Syrian conflict. They simply bombarded Syria with fakes about the mass shootings of demonstrators, the resignation and side of the opposition of important political figures. The aforementioned Qatari "Al Jazeera" and "Al Arabiya" from the United Arab Emirates even built the set for filming the fake video. Skillful counterfeiting of the streets of Syrian cities and staged atrocities by the military created the necessary information background against the regime of Bashar al-Assad. Creation of credible disinformation in video format was a response to the massive spread of high-speed Internet, mobile phones and video hosting. Spending a little on staging can mislead several million not-too-sophisticated viewers. And then it will only get worse: next in line is the DeepFake computer simulation technology, which allows even an ordinary user to create a completely new reality with world-famous characters.

Often, the instigators of disinformation themselves become victims. For example, on April 23, 2013, Syrian hackers hacked into the Associated Press's Twitter account and filled it with disinformation about the attack in the White House:

"Urgent. Two explosions in the White House. Barack Obama is injured."
The reaction with the denial was not long in coming, but the sensitive stock indices of the United States managed to sag noticeably. A trifle, of course, but the very fact of such a vulnerability of the US media space makes one think.

Finally, the most important conclusion from the theory of the great Western lie. Over the many years of the existence of such a manipulation apparatus, people have formed the opinion that no one can be trusted. And this, of course, is more dangerous than any falsification of facts and distortion of events.

Ctrl Enter
Noticed oshЫbku Highlight text and press. Ctrl + Enter
We are
The tragedy of the American army ("The Atlantic", USA)Results of the week. “Now Humpback! I said: Hunchback! ”
Military Reviewin Yandex News
Military Reviewin Google News
72 comments
Information
Dear reader, to leave comments on the publication, you must to register.