Kurchenko killed the head of the DPR Zakharchenko? A few words about the "investigation" 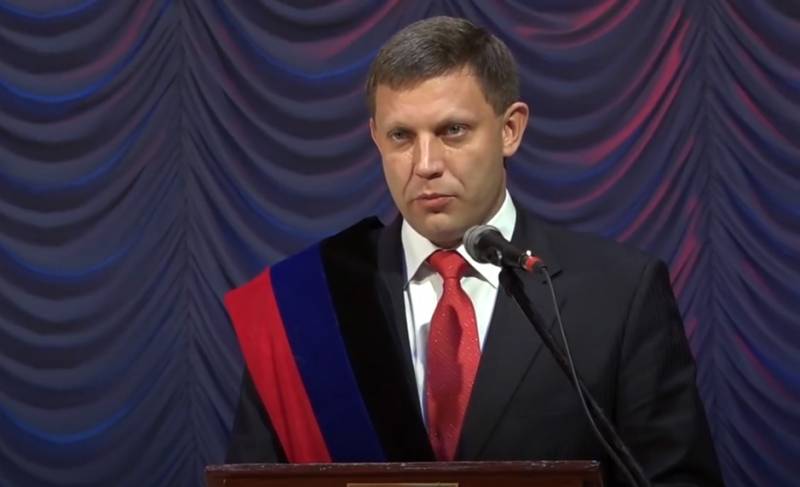 In the Donetsk segment of the Internet, the "investigation" that appeared recently on the website donbass.baza.io, devoted to the death of the first head of the DPR Alexander Zakharchenko and the role that the fugitive Ukrainian oligarch Sergei Kurchenko, who controls the notorious Vneshtorgservice CJSC, allegedly played in the tragedy, is vividly discussed.

It should be emphasized right away: Kurchenko is indeed an evil genius who caused (and, unfortunately, continues to cause) irreparable damage to the LPNR; his involvement in the murder of Zakharchenko is quite possible, although not mandatory. And, of course, one cannot but agree that Kurchenko's malicious activities would have been impossible without the help of the so-called curators, who for many years blessed the oligarch to plunder Donbass and are doing so to this day.

This is all true. But the "investigation" itself is clearly blinded on the knee and sins with a very specific presentation of information, in which the late Zakharchenko and his entourage, including even the odious Timofeyev (Tashkent), look like such heroic fighters for people's happiness, who challenged the capitalist hydra and lost. And everything was, alas, not so beautiful at all.

First of all, it should be noted that the authors of the material did not provide any documentary evidence of their hypotheses, except for the evidence of screenshots of "payments", the reliability of which raises reasonable doubts. It is also noteworthy that the sources on which the authors rely are of a specific nature: Meduza, RBC, Znak, the Ukrainian SBU, etc. Probably, if it was a real investigation or an attempt to harm Kurchenko, everything looked would be much more serious.

It is extremely doubtful that a slander of this level (published on a homemade website, and not in any serious publication) can somehow harm Sergey Kurchenko.

Who would benefit from creating and distributing this article over the networks? Only one thought comes to mind: Kazakov and Prilepin, who are now promoting their political party For Truth. Why otherwise publish on the eve of the elections a text that presents in a favorable light not only Zakharchenko, but also his retinue, to which quite a lot of space is devoted?

Do you want to know what they did together with the head of the DPR (now deceased) Prilepin and Kazakov? Read the book Some Won't Go to Hell. These are chronicles of the irresponsibility and madness of the local king. As for the late head of the DPR and his comrade-in-arms Tashkent, you can simply open dedicated LPR news and analytics until August 31, 2018. Before Zakharchenko's death, the attitude towards him and his inner circle was clearly ambiguous.

The whole thing is that external control over industrial enterprises was introduced precisely in order to stop the terrible art of Zakharchenko and Plotnitsky. Another question is that the new effective owners turned out to be no better than their predecessors. The struggle between Zakharchenko and Kurchenko really took place, but it hardly looked like a noble opposition of the people's leader to a filthy idol, as the authors of the article try to portray it. The difference between the opponents was rather in their weight category.

And Zakharchenko, and Tashkent, and the rest of the retinue of the late head of the DPR can remember a lot: the trains with coal and metal that were sent to Ukraine, and the trains themselves did not return. The rolling stock park donated to OOO Logistic Don, according to the most conservative estimates, is more than 5 billion rubles (10,2 thousand cars, diesel locomotives and electric locomotives). Extra charges on fuels and lubricants, as a result of which gasoline before the harvest campaign became more expensive than in Ukraine. The grain harvest that disappeared without a trace in the summer of 2018. Turning dozens of mines and workshops into a pile of scrap metal. And many, many crimes of the Ministry of Income and Duties, for which it would be too humane to even shoot Tashkent. It would be foolish to assert that all known and many unknown crimes were carried out without the knowledge of the head of the republic by his subordinates; it would be no less naive to blame them exclusively on Kurchenko.

The desire to whitewash the image of the late Zakharchenko is understandable (our people do not like to spit on graves) and logical (removes the collective responsibility of subordinates and associates). There is no doubt that as soon as Denis Pushilin resigns, he will soon be forgiven for all his sins, and all the dogs will be hanged on the new head of the republic. However, this tendency should not apply to everyone and certainly not to Tashkent, Kazakov and other figures who are prosperous. You can argue to the point of hoarseness about the merits and sins of Zakharchenko, but not about the vulgar swindlers who surrounded him.

And if their activities in the DPR have not yet been given a legal assessment, then this is just an annoying omission, and maybe a strategic mistake that allows today's embezzlers to believe that they will not only go unpunished, but will also be justified by publishing several unassuming articles on obscure sites.

And there will be many more similar articles. And each time they will be more fantastic and fantastic. And the partly talented Russian media professionals, who gave birth to a lot of very tenacious myths at the dawn of the formation of the LPNR, are partly to blame for this, partly the Luhansk and Donetsk authorities, who flatly refuse to speak in an adult way on serious topics.

Ctrl Enter
Noticed oshЫbku Highlight text and press. Ctrl + Enter
We are
A great interview with Sergey Lavrov: about Ukraine, Obama and IranWhat you didn't want to know about England
Military Reviewin Yandex News
Military Reviewin Google News
64 comments
Information
Dear reader, to leave comments on the publication, you must to register.