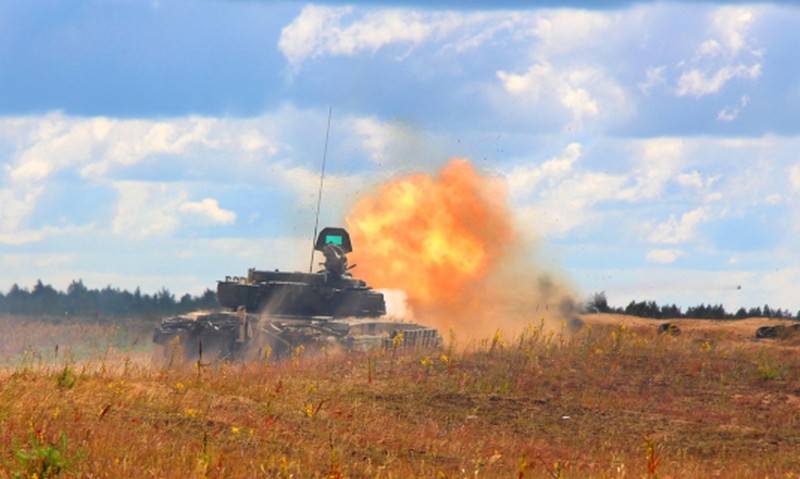 Belarusian tank crews are practicing defensive combat in the western direction as part of checking the combat readiness of the republic's armed forces. This was reported by the press service of the Ministry of Defense of Belarus.

On September 9, 10, as part of the ongoing combat readiness check at the 230th Obuz-Lesnovsky combined-arms training ground, a battalion tactical exercise with tank battalion of the 11th separate guards mechanized brigade
- said in a statement.

It is noted that the personnel of the battalion will work out a defensive battle by conducting live firing with a regular projectile.

During the check, conscripts from the reserve are called up, followed by combat coordination. The timing of the check is not named. but at the end, a command and staff exercise is planned with military command and control bodies, military units and technical support organizations.
Ctrl Enter
Noticed oshЫbku Highlight text and press. Ctrl + Enter
We are
American helicopter MD 969 launches missiles from the cockpitReports from the militia of New Russia for 1 September 2014 of the year
Military Reviewin Yandex News
Military Reviewin Google News
19 comments
Information
Dear reader, to leave comments on the publication, you must to register.