USSR and allies: at the origins of Lend-Lease 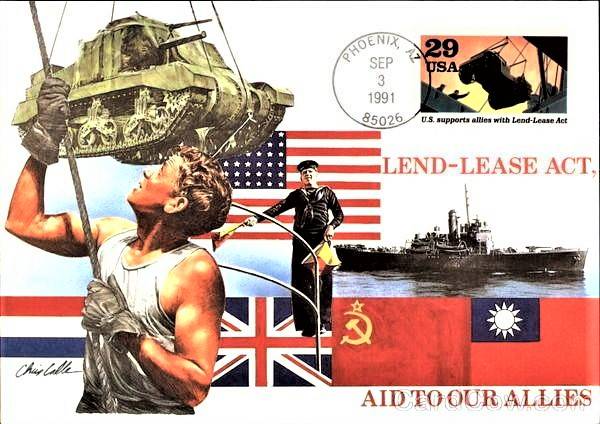 At the Tehran Conference of 1943, when after the Battle of Kursk no one had any doubts about the coming victory, Stalin found it necessary to declare to the American President Roosevelt and British Prime Minister Churchill that "without American products the war would be lost."

It is possible that this was something of a curtsey towards the allies, but the Soviet leader was never inclined to such a slyness. Most likely, Stalin remembered well the first days of the 1941 campaign, when border battles were lost almost along the entire length of the front. 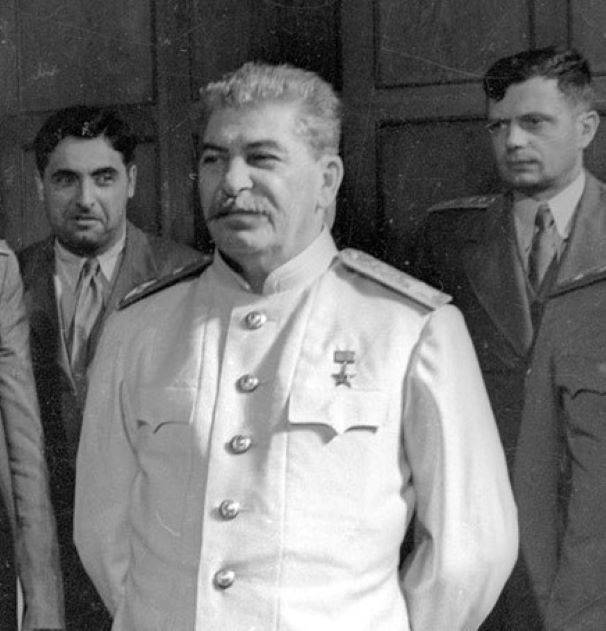 Recall that then the Southwestern and Southern fronts were still holding, but it was not completely clear whether it was worth expecting real help from the allies at all. It seems that Churchill's famous speech in support of Red Russia was perceived by the Soviet leadership to a greater extent as evidence of the considerable relief that the whole of Britain felt when Hitler turned to the East.

In addition, it was hardly worth counting on help from the British, which was really serious. They themselves could hardly hold on for a long time. But Stalin also remembered something else: in 1940-1941 the British held on not only at the expense of their indomitable will, but also largely thanks to American help. 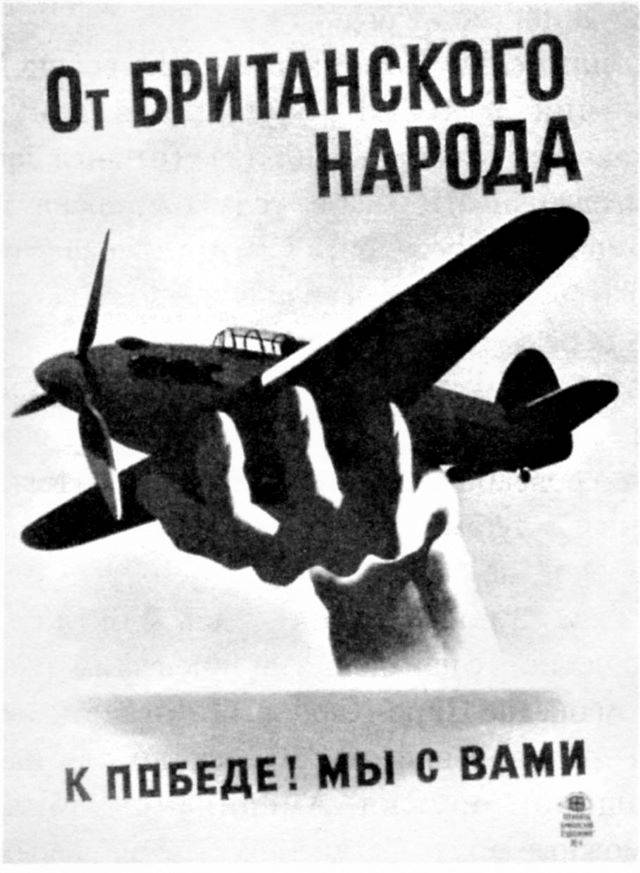 It was for the sake of Britain's help overseas that they decided to organize large-scale deliveries of weapons and equipment to Foggy Albion without entering the war, as F.D. Roosevelt had promised in his third presidential election. Not the most complicated scheme, bypassing the notorious act of neutrality, was in demand shortly after the 1940 campaign, when France fell, and the 300-strong British Expeditionary Army barely managed to escape from the encirclement near Dunkirk. 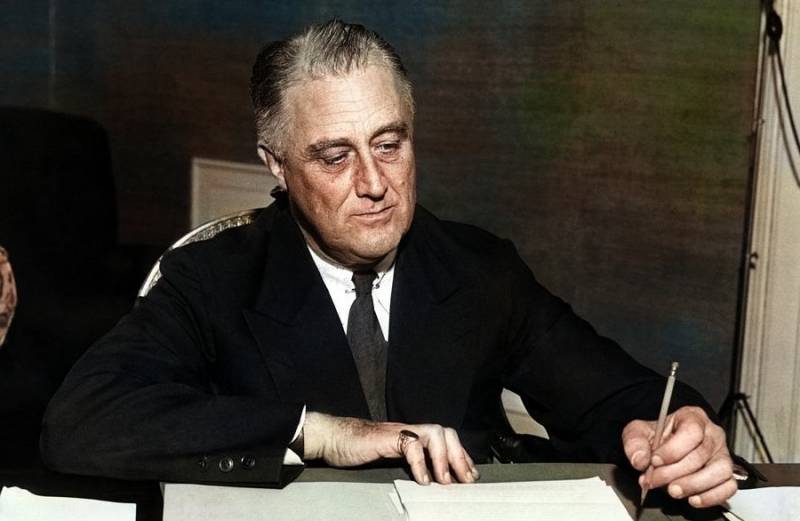 Under the program called "Lend-Lease", which combined the concepts of "lend" and "lease", a special federal law was created, which was adopted only on March 11, 1941. However, the program actually started working much earlier: American business believed Roosevelt to be ahead of the curve.

Large-scale lending to its own production from the state, which did not hesitate to get into unimaginable debts for this, also began even before the adoption of the Lend-Lease Law. Entrepreneurs had enough by-laws and decisions coming directly from the White House.

It was under lend-lease that the US military industry was very quickly promoted. And it was Lend-Lease that helped the United States, who was sufficiently prepared to enter the war in December 1941, after the Japanese attack on the US Navy base in Pearl Harbor.

Let's be considered glory after victory

However, Stalin in the summer of that same 1941, judging by all the documents and memoirs of his contemporaries, did not have complete confidence that the USSR would fall under the American aid program. Moscow well remembered how Great Britain and France evaded the idea of ​​jointly confronting Hitler after the Anschluss and on the eve of the invasion of Czechoslovakia, and in fact had no idea what to expect from the United States in such a situation.

The assessments of the prospects for US relations with a new potential ally in the person of the USSR in the press and in the American establishment are quite characteristic. We must not forget that even President Roosevelt himself did not have full confidence that he would still have to enter the war.

For newspapermen, the strongest argument in favor of the need to deal with the Nazis was the sinking of the American steamer "Robin Moore" on May 21, 1941. The Germans sent the steamer to the bottom without first taking measures to ensure the safety of passengers and crew and not paying any attention to the fact that the submarine commander knew about the American ownership of the steamer.

Characteristically, this was recognized by the Germans themselves, for some reason confident that this is how they stimulate the isolationists from the United States to impose neutrality on Roosevelt. The situation of the First World War was repeated, when the Germans actually asked for themselves, sinking the Lusitania.

The only difference is that by that time both France and Russia were fighting with the Kaiser's army, and now the Germans had already pushed the French into Vichy, and the Russians did not really want to get into the fight. However, I had to. The campaign of the German army to the East was almost unanimously regarded in the American press as just another link in the chain of quite expected events.

But the majority of politicians have cast aside any doubts that it is necessary to continue to "protect the lives of American guys." However, even in the summer of 1941, even surrounded by Roosevelt, it was quite pragmatic, and, in fact, cynically weighed how long Red Russia could hold out against Hitler's military machine: three months or even less.

Many newspapers then, not without sarcasm, quoted Hitler's minister Ribbentrop, who was sure that "Stalin's Russia will disappear from the world map in eight weeks." Nevertheless, Time magazine, in its June 30 editorial entitled “How long will Russia hold out,” felt it necessary to write:

[quote] The question of whether the battle for Russia will be the most important battle in stories humanity, it's not the German soldiers who decide. The answer to it depends on the Russians. [/ Quote]
The main thing that pleased almost everyone in the United States was that the country received another necessary pause in order to continue preparing. However, even this approach did not embarrass President Roosevelt, who immediately began to strongly insist on expanding the Lend-Lease program in favor of Russia.

How could it be otherwise, if Lend-Lease extended to everyone who "acts in the interests of the United States"? In addition to Britain, the Americans helped the Greeks, helped the Yugoslavs. A delegation, in which Harry Hopkins, at that time the personal representative of President Roosevelt, played a key role, went to Moscow with offers of assistance. 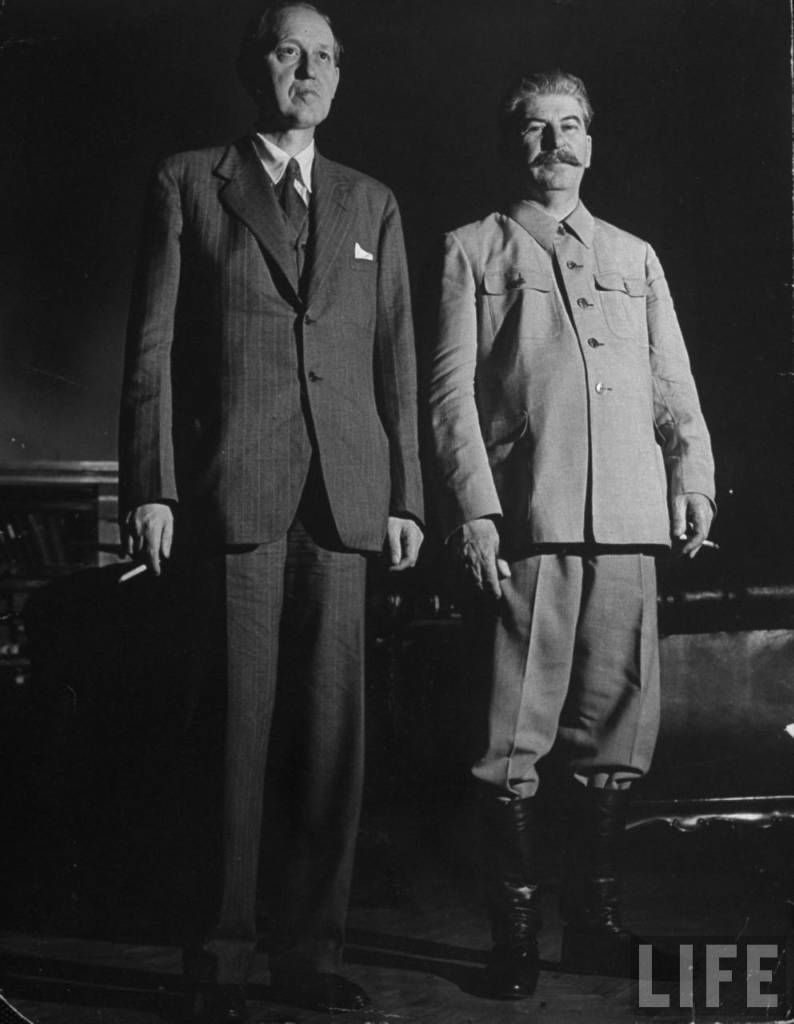 I. Stalin and G. Hopkins, Moscow, Kremlin, August 1941
Much has been written about this visit, which took place at the turn of July and August 1941, but nevertheless the author plans to supplement the memoirs of contemporaries and documentary publications with a separate essay. Here we will restrict ourselves to a statement of the fact: after three days of negotiations, Stalin was given to understand that America would do everything in order to give Russia the maximum possible.

The Soviet leadership, which felt very depressed in connection with the beginning of the second phase of the German offensive, the loss of Smolensk and the real threat of the loss of Kiev, received a kind of psychological doping. Maxim Litvinov, who had not yet returned to the post of Deputy People's Commissar for Foreign Affairs and was present at the talks as an interpreter, did not hide his joy after the third meeting: "Now we will win the war!"

A start has been made - if not actually, then legally. And already on August 11, 1941, the first convoy with cargo from the USA and Great Britain arrived at the port of Arkhangelsk, and without any resistance from the Kriegsmarine submarines. 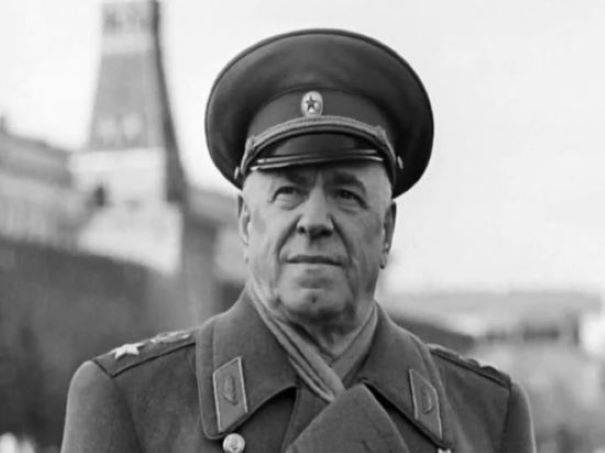 In 1963, Victory Marshal Georgy Zhukov, who was in disgrace, admitted in one of the private conversations that came under the KGB listening:

[quote] Now they say that the allies never helped us ... But it cannot be denied that the Americans drove so many materials to us, without which we could not form our reserves and could not continue the war ... We did not have explosives, gunpowder. There was nothing to equip rifle cartridges. The Americans really helped us out with gunpowder and explosives. And how much steel sheet they drove to us! How could we quickly set up production tanksif not for American steel aid? And now they present things in such a way that we had all of this in abundance. ”[/ I]

Let's be honest with ourselves

Victory in the hardest winter battle near Moscow became possible even before the really large-scale US-British military deliveries to the USSR began. The psychological effect of her was simply colossal.

Within the country, it was not just a matter of war to a victorious end, but also not least of the fact that in 1941 the "Kutuzov" option "with the abandonment of Moscow" for the sake of saving Russia was simply impossible.

But abroad, many realized that Hitler's Stalinist Russia, it seems, was too tough. However, the contribution of the allies, albeit not the most direct one, already in the next great victory of the Red Army, Stalingrad, is really difficult to overestimate.

Both in Moscow and around the world then they realized that Stalingrad marked the beginning of a radical change not only on the Soviet-German front, but throughout the entire world war. Only after Stalingrad did the prospect of the imminent opening of the Second Front in Europe become really real. 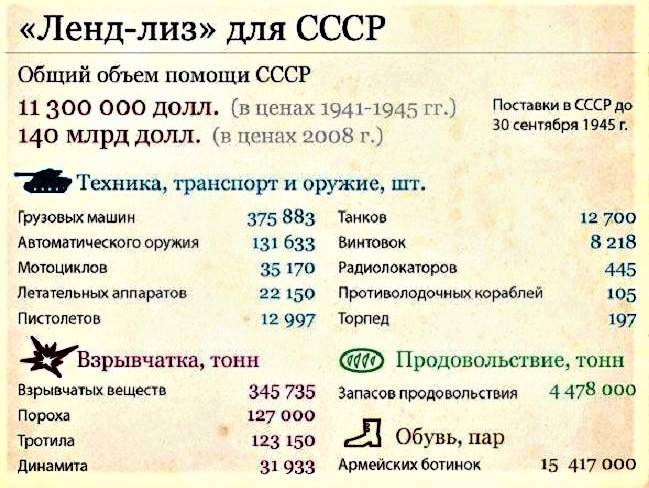 In conclusion, it should be recalled that a stable tradition of underestimating allied aid under this program has developed in Soviet historiography. This approach was most likely influenced by the Cold War factor, although supplies from the West helped, among other things, to the post-war revival of the Soviet economy.

The beginning was laid already in the first post-war publications in serious scientific journals and in the big press. In the Soviet State Planning Committee, with the help of fairly simple manipulations with numbers, they promptly deduced an estimate of the scale of Western aid at 4% compared to domestic production.

This figure was also found in the official work "The Military Economy of the USSR during the Patriotic War" by the head of the State Planning Commission and member of the Politburo Nikolai Voznesensky, who was soon repressed in the "Leningrad case". The book was published with a delay of more than 30 years, only in 1984, just between detente and perestroika, when the positive attitude towards the comrades-in-arms in the fight against Hitlerism was not very welcomed.

In the same 1984, "A Brief History of the Great Patriotic War" was published, which was an extract from the 6-volume officialdom, in which a much more objective assessment of the allied aid was given. In a short version, the case was limited to this, we admit, by no means a neutral passage:

[Quote] During the war, the USSR really received some types of weapons under Lend-Lease, as well as machinery, equipment, materials important for the national economy, in particular, steam locomotives, fuel, communications, various types of non-ferrous metals and chemicals. For example, the delivery of 401 vehicles to the USA and Great Britain was a significant help. However, in general, this assistance was not in any way significant and could not have a decisive influence on the course of the Great Patriotic War. [/ Quote]
The fact that, in addition to military equipment, weapons and ammunition, the allies supplied our country with a huge amount of non-military materials, and most importantly, food, which removed the problem of hunger for the army and for a significant part of the rear, was practically not taken into account. And in statistics it was not always taken into account.

Yes, in the first weeks of the war, the Soviet leadership could not count on any real help from the allies. However, the very fact that it will be, even later than was necessary for the Red Army, played a role in the fact that it was able to withstand in 1941 and especially in 1942.

Ctrl Enter
Noticed oshЫbku Highlight text and press. Ctrl + Enter
We are
Chernobyl notebook. Part of 3Diplomats of the People's Commissariat of Defense: on the eve and during the war
Military Reviewin Yandex News
Military Reviewin Google News
199 comments
Information
Dear reader, to leave comments on the publication, you must to register.