US global missile defense system. Not so global? 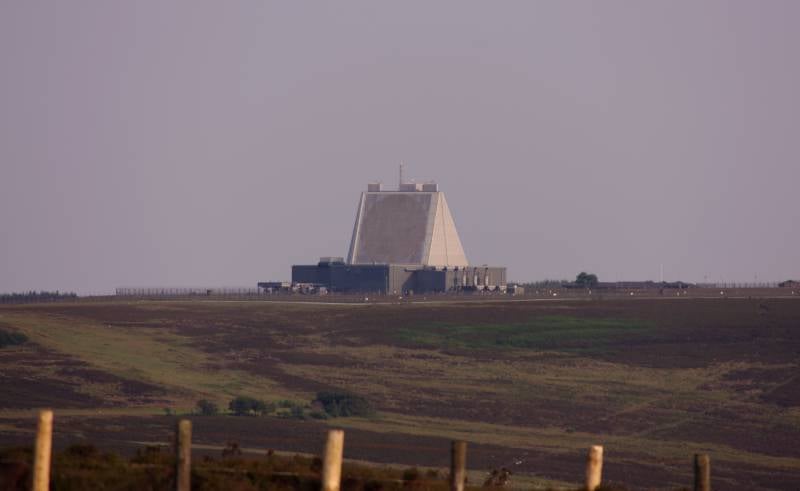 With dreams of creating an impenetrable "umbrella" capable of protecting the country as reliably as possible from a nuclear strike from a potential adversary, the United States has been running since the days of the Cold War. Periodically, extremely attractive projects of something similar arise and are voiced, and from time to time high-ranking officials of the Pentagon admit that they are practically impracticable at the modern technical level.


Nevertheless, the National Missile Defense (NMD) system in the United States has existed since the beginning of this century and is developing quite intensively. What is it like at the current stage? First of all, it should be mentioned that the American missile defense system consists of three echelons, or contours, each of which performs its own range of tasks in accordance with the available capabilities and capacities. The main element designed to intercept and destroy the most formidable and deadly weapons (enemy intercontinental ballistic missiles) is Ground-Based Midcourse Defense (GBMD), that is, the ground echelon of missile defense.

It consists, as you might guess from the name, of stationary radar stations (radars) located not only in the United States, but also in Great Britain, at the Filingdales Moor base, in Scandinavia and even in Greenland. The means of destruction for this echelon are heavy silo-based anti-missiles GBI with transatmospheric EKV interceptors. Their number, which at first barely exceeded a dozen, now stands at 44. Four dozen are stationed in Alaska (Fort Greeley base), another four are based at Vandenberg California base. The Pentagon is talking about the need to create another similar outpost to cover the Atlantic coast, but so far these are only plans.

The next contour, protecting the United States from a nuclear strike, consists of the US Navy groupings (warships equipped with the Aegis missile defense system). Originally designed to provide cover for US military aircraft carrier formations from missile attacks fleet, this system is now included in the overall architecture of the country's missile defense. It, as already mentioned, includes ship groups that patrol in the Mediterranean, Black, Baltic Seas, as well as the Asia-Pacific region. The same echelon also includes similar ground-based complexes Aegis Ashore, located on the territory of Poland and Romania.

As a matter of fact, the forces and means of this echelon can conduct a more or less effective fight only against short- and medium-range missiles. Ballistic missiles, despite the optimistic statements made by the American side, will hardly be tough for the SM-3 Block IIA interceptors, which constitute the main striking force of these complexes. Unless the trajectory of their flight will successfully pass just over the missile defense system.

The power and capabilities of the third echelon NMD are even more modest. This includes the THAAD and PAC-3 Patriot mobile complexes, designed to solve not strategic (as in the first two circuits), but narrow tactical tasks such as covering military bases and other objects from missile strikes delivered against them. There can be no question of any kind of transatmospheric defeat: enemy warheads are supposed to be destroyed on approach. Moreover, if in the performance characteristics of THAAD complexes, the most significant group of which is located in Hawaii, the ability to hit targets at a distance of two hundred kilometers and at an altitude of one and a half hundred kilometers is declared, the Patriot is capable of much less. Especially many questions to these air defense systems arose after the failed "protection" with their help oil fields in Saudi Arabia.

Without a doubt, not only the most important, but increasingly important element of the American missile defense system is the satellite systems for early warning of a missile attack located in outer space. A number of programs to create such a grouping (SBIRS) were adopted in Washington at one time, but in the end they were not implemented on the planned scale (instead of the planned 29, only 8 satellites were launched into orbit), and last year the Pentagon started talking about the need implementation of a completely new space project, the satellites of which will allegedly be able to detect and "guide" targets up to hypersonic rockets - NGOPIR.

What will be the fate of this undertaking is a big question, but great concern in our country is the possible prospect of the United States deploying in space not only detection systems, but also strike weapons to destroy potential enemy missiles, including those equipped with nuclear warheads.

According to the idea and design of its creators, the entire US missile defense system should act as a single organism, fully interconnected and coordinated, where the actions of one of the echelons are certainly insured and supplemented by the support of others. According to the estimates of most military experts, in reality such a level of integration of the system scattered literally all over the world is problematic.

Yes, to carry out the tasks of the NMD (protection from a hypothetically possible attack by rogue countries such as the DPRK or Iran), the forces are more than enough. But to achieve the true goal that Washington has been striving for for decades (achieving such a strategic superiority that would have avoided a retaliatory attack in the event of a preemptive nuclear strike against Russia or China), they are not enough even at the current stage. With the appearance of the same hypersonic missiles in service with Russia, the task becomes technically impossible. The question is how well this is understood in the United States.

Ctrl Enter
Noticed oshЫbku Highlight text and press. Ctrl + Enter
We are
A great interview with Sergey Lavrov: about Ukraine, Obama and IranWhat you didn't want to know about England
Military Reviewin Yandex News
Military Reviewin Google News
33 comments
Information
Dear reader, to leave comments on the publication, you must to register.