Return shot. How formidable is Seawolf in the Barents Sea? 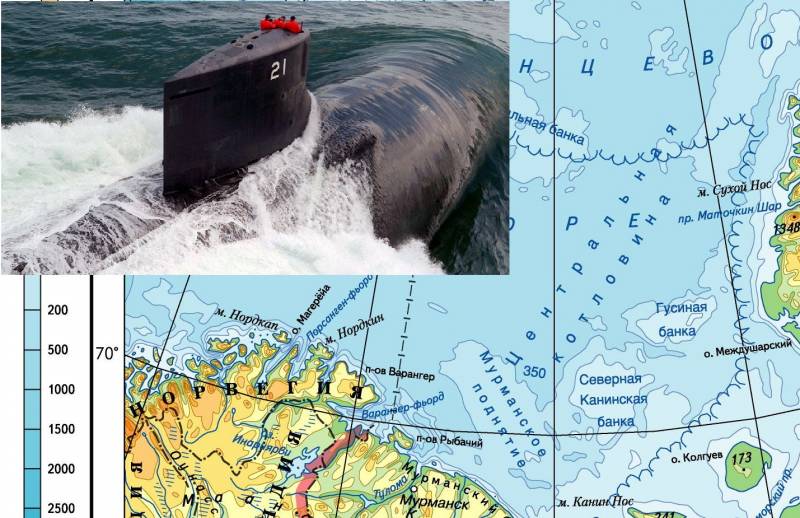 On September 3, in the "Analytics" section, an article by E. Damantsev was published “Sharp moments of sonar reconnaissance of the US Navy at the gates of the Northern Sea Route. Deployment of the Seawolf-class ultra-low-noise submarine near the Barents Sea... One cannot agree with almost all the provisions of this material.


Let us examine how the statements of E. Damantsev from his article correspond to reality.

Information about the arrival and deployment in the northeastern part of the Norwegian Sea of ​​one of the three ultra-low-noise multipurpose nuclear-powered submarine class "Seawolf" of the US Navy was met with a number of alarmist comments and discussions from numerous domestic observers, who came to the conclusion that even a single submarine of this class taking up combat duty in the above-mentioned region of the North Atlantic can call into question the preservation of both acoustic secrecy and the combat stability of the underwater component of the North fleet ... the appearance of such a secretive and technically perfect uninvited underwater visitor cannot but cause a certain amount of concern either among specialists at the headquarters of the Northern Fleet of the Russian Navy, or among ordinary observers who are aware of the tactical and technical parameters of this submarine.

The main thing here is a loud headline. For nuclear submarines (submarines, not cruisers) are in the Barents Sea permanently, if necessary with a build-up of forces up to 3-4 submarines of the US and British navies. This is everyday life, including with the participation of a Seawolf-class submarine (with repeated contacts of the Northern Fleet's anti-submarine forces with them). Statements about the "ultra-low noise" of Seawolf are also commonplace, because the requirements for the levels of underwater noise of the series of modern US Navy Virginia-class submarines are similar to Seawolf.

It is unnecessary to comment on all the unsubstantiated technical statements of Mr. Damantsev, but it is necessary to dwell on some of them.

Having ... multi-tiered depreciation platforms on the attachment points of such elements of power plants as main turbo-gear units (GTZA), steam generating units (PPU), steam turbine plants (STU) and S6W nuclear reactors, submarines of the Seawolf class ...
I would very much like to see how Mr. Damantsev technically envisions a "nuclear reactor on a multi-tiered platform" (apparently with a biological protection tank), but this, as they say, is for "Crocodil". In reality, the race to "build up cascades" of depreciation in our country led to serious mistakes and problems in reducing the noise of submarines (due to the manifestation of off-design resonances that "pierced" the entire cascade of depreciation). One of the leading experts on the subject, Pakhomin V.N., wrote a lot about the fallacy of such a technique in relation to our third generation nuclear-powered ships.

And there was no such mistake in the US Navy, accordingly, "multi-tiered depreciation platforms" on US Navy submarines are nothing more than a "canard" of incompetent domestic authors.

Two-stage depreciation - yes, and this was introduced back in the EthanAllen SSBN in 1959. But nothing more.

Based on the technical information provided by the retired rear admiral ... Vladimir Yamkov in the analytical material "The struggle of people, not ideas", it is easy to come to the conclusion that such objects can be tracked by means of nasal spherical multi-element GAS MGK-600 "Irtysh- Amphora-Ash / Borey "(included in the hydroacoustic architecture of MAPL pr. 855 Yasen / -M" and SSBN pr. 955A / B "Borey / -B") at a distance of about 35-45 km (in the first and / or second long-range zones of acoustic illumination / convergence) in normal hydrological conditions, while the earlier MGK-540 "Skat-3" multipurpose nuclear submarines pr. 971U "Schuka-B" with less sensitive hydrophones and on-board computers with simplified algorithms for processing acoustic information are capable of " probe "Seawolf" at a distance of 25-35 km.
Any submariner of the category of hydroacoustics, officer of the watch, navigator or just someone from the calculation of the main command post will say that the figures declared by Mr. Damantsev are absolutely unreliable. The author, having experience of real hydroacoustic contacts with US Navy submarines of the LA-Improoved type (and at very significant distances), can with good reason to assert that the real MGK-540 figures for the LA-Improoved type are significantly less than stated, and the real ranges for Seawolf will be make up values ​​more than an order of magnitude smaller than those indicated by E. Damantsev - up to extremely small distances.

Moreover, the network contains the memories of the commander of a naval ship who had contact in the Norwegian Sea with the second serial Seawolf-class submarine, SSN-22 Connecticut. In short: the contact was very short-lived, Connecticut left very quickly. The means of maintaining contact, SJSC "Centaur", had a flexible towed antenna (GPBA), a device 1P from the "submarine" SJSC MGK-540 "Skat-3", but with more modern signal processing. Taking into account the fact that the developer of the "Centaur" was the Kiev Research Institute of Hydropribors, all this has not been a secret for a long time. This is reality.

If you look at the article of Rear Admiral Yamkov V. Ya. "The struggle of people, not ideas", which "refers to" E. Damantsev, then it is surprising to find that Yamkov simply does not have the “conclusions” declared by Damantsev. There are completely different circumstances, figures, the analysis of which is advisable in a separate publication (according to stories prefix "Ritsa").

The integrated nasal active-passive AN / BQQ-10 SJCs installed on the Sea Wulfs based on ... and wide-aperture airborne passive SASs based on ... their AN / BSY-2 systems are capable of detecting low-noise MAPLs pr. 855 / M (do not have water jet propellers and have a large underwater displacement, increasing the acoustic signature) at a distance of about 60-80 km, the Borei - about 60 km and, finally, the more noisy Shchuk-B - 100-130 km. The figures are disappointing ... Meanwhile, there is no need to dramatize.
But where are these numbers from? How is the author E. Damantsev “ready and able” to substantiate them?

Apparently nothing. I just want to (wanted to). Unfortunately, it must be admitted that not only E. Damantsev, but also a number of other authors (including “graduated”, with positions and shoulder straps) are beginning to invent numbers and coefficients, to put it mildly, have nothing to do with reality.

Despite the rather high technological parameters of the sonar complexes of the Seawolf and VirginiaBlock I / II / III multipurpose nuclear submarines operating in the waters of the Norwegian Sea, the hydrological situation in this region of the North Atlantic does not always favor the successful implementation of informative sonar reconnaissance.
Once again about geography. The Norwegian Sea belongs to the Arctic Ocean (and not the Atlantic, as Mr. Damantsev believes) and there is just a rather favorable hydrology - a consequence of the depths and the presence of a deep underwater sound channel. In the Barents Sea, yes, the hydrology is much worse. But there is a very unpleasant nuance for the Russian Navy, associated with our almost complete ignorance of the issues of operational oceanography. 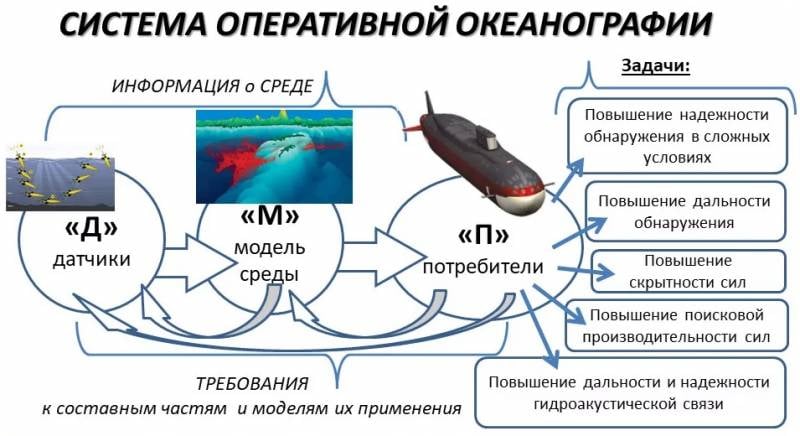 Normal and sane approach to operational oceanography (implemented by the US Navy)
Taking into account environmental factors (conditions of sound propagation) in the horizontal plane sharply increases the capabilities of the forces both to search for submarines and to ensure their secrecy, but an effective system requires a comprehensive consideration of the issues of sensors, environmental models and consumers. The problem is that all our work is absolutely divorced from consumer issues (practical application of results).

Accordingly, some work is underway, but there is exactly zero sense from them for the Navy. Unlike the US Navy, where operational oceanography is one of the pillars of effective anti-submarine warfare.

Here is the factor that the US Navy's submarines do not act on their own, but as an element of a deployed anti-submarine warfare system in a theater of operations (which dramatically increases their effectiveness). For example, they use an external low-frequency sonar "illumination", which allows them to confidently detect enemy submarines even with minimal noise.

Change in "visibility" of submarines of the Soviet and Russian Navy during passive search and in conditions of low-frequency "illumination"
Taking into account the geographical factor, our submariners have very serious problems. And the prospects for their solution are not particularly visible. 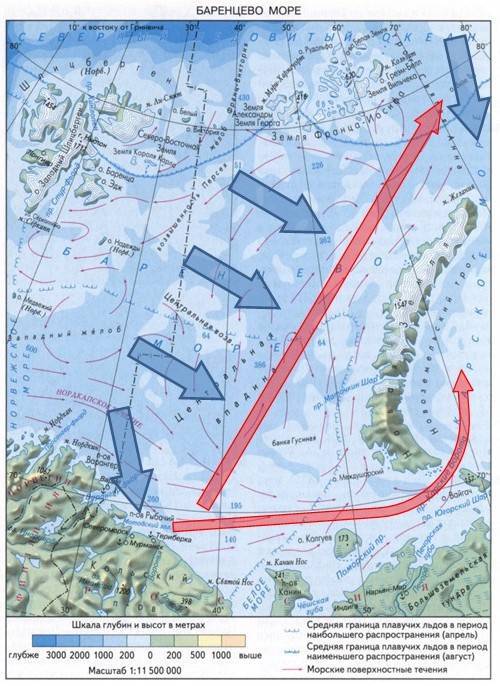 The presence of anti-submarine aviation The Russian Navy and the difficult hydrological situation will not play in favor of the ambitions of the underwater component of the US Navy in the Norwegian Sea ... there can be no question of the exceptional acoustic secrecy of the underwater component of the US Navy in this region of the North Atlantic and in the light of permanent patrolling of neutral waters of the Norwegian and Barents Seas, promising IL-38N anti-submarine aircraft of the naval aviation of the Russian Navy, equipped with the unique Novella-P-38 airborne search and sighting systems, capable of receiving information about the tactical underwater situation from 64 active and passive radio acoustic buoys of the types РГБ-41, РГБ-48, closely spaced in the most unpredictable exploration areas of the above seas.
First you need to decide on the geography again. At least school. In which the "patrolling" by Il-38 (N) aircraft of the "North Atlantic" is beyond the technical capabilities of the aircraft, the absence of a refueling system and the location of our air bases. 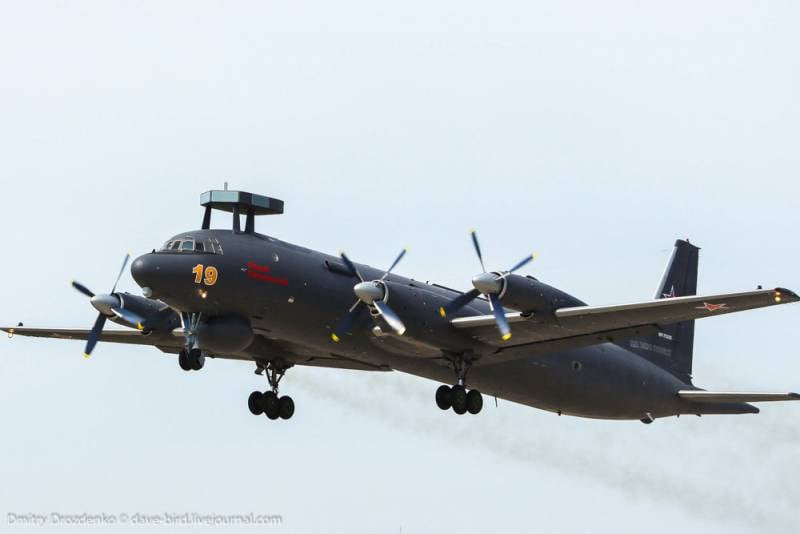 Even the modernized Il-38N has limited capabilities in terms of performance characteristics of the Novella search and sighting system, and its range will not allow it to be used too far from our shores
Norwegian Sea? But it refers to the Arctic Ocean, and our anti-submarine aviation operations there can be carried out exclusively with the permission of NATO, and even in everyday conditions. At the same time, there is no need for “so-called partners” to “shoot down planes”, since the task is solved (and has been repeatedly solved by them) using electronic warfare (suppression of the “buoys-aircraft” radio link, which has extremely low noise immunity).

However, even this is not the main thing. We are watching an advertising video of the head organization in the Russian Federation for the development of search and targeting anti-submarine aviation complexes, JSC "Radar-MMS", with an advertisement for its system "Killer Whale".

The drop interval of the RSL-16M buoys (analogue of the RSL-41) gives their detection range at the level of ... several hundred meters! Further - again into geography, we look at the size of the search area.

For the cost of our RSAB and the total contracts for them, those who wish can turn to the public procurement website, while it is better for the impressionable not to remove validol far.

The "active" RSL-48 buoys mentioned by E. Damantsev are in fact passive directional RGAB (with a folding hydrophone antenna), and the active ones are RSL-58. However, it will not be possible to find references to either the RSL-48 or the RSL-58 on the public procurement website (unlike the RSL-16 "Dalzavod"), which leads to obvious conclusions ...

I would like to ask E. Damantsev: maybe, before writing "analytical articles", it is worth at least minimally studying the issue? It's bad when the authors of semi-literate articles try to mislead the public with their tales on really acute and important issues of the country's defense capability!

In reality, the situation in the Arctic is not at all in our favor, and instead of real combat training, we often conduct imitation of violent activities there. For example, it is known what problems the Russian Navy has with a torpedo weapons... Our boats are virtually unable to fight under the ice. See material "Arctic torpedo scandal"... Until now (09.09.2020), the Russian Navy (and the USSR) has not been able to conduct a single under-ice torpedo firing with torpedo homing systems turned on.

And this is far from our only grave problem. In such conditions, shapkozakidatelskie articles are actions on the verge of betrayal.