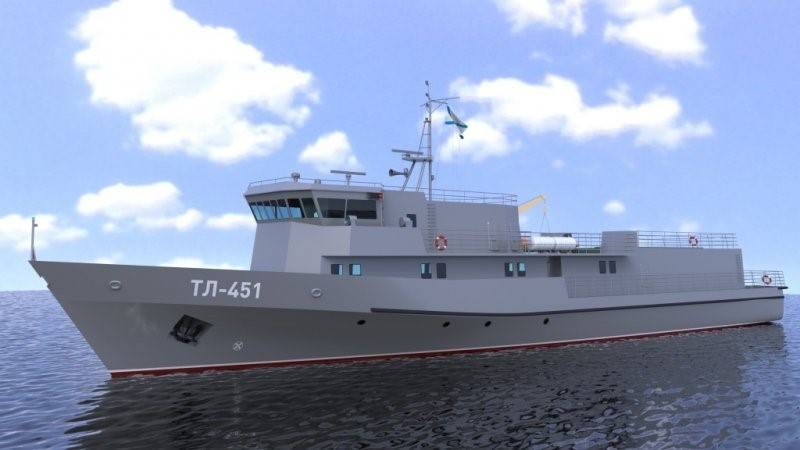 As part of an extensive program to upgrade the auxiliary fleet The Navy is building various ships, incl. torpedo boats. The lead boat of the new project 1388NZT has already been completed, and its sea trials will begin in the near future. Next year the boat will be accepted into the fleet, and then a second unit of the same type will appear.

The state contract for the construction of two promising torpedo boats was signed in 2015. The contractor was the Sokolskaya Shipyard (Sokolskoye settlement, Nizhny Novgorod region). The first reports featured boats "based on the project 1388NZ". Later it became known that such a project received the designation "1388NZT".

The organization-developer of the project was not specified. It should be recalled that the base project 1388 Baklan and further variants of its development were created by the Vympel design bureau in Nizhny Novgorod. On the basis of "Baklan", communication boats 1388Р and 1388НЗ were created in the past. The latter has now become the base for a modern torpedo.

According to open data, the laying of boats with serial numbers "451" and "452" was supposed to take place in the near future - in 2016-17. Several years were allotted for construction and testing: delivery was planned for 2018 and 2019. However, for unknown reasons, the work was delayed, and the terms have noticeably shifted.

October 9, 2019 Sokolskaya Shipyard launched a new type of head torpedoes - TL-2195. The next months were spent on the completion of the wall. In August 2020, the boat passed factory sea trials on the river. Volga, according to the results of which he was admitted to subsequent events.

On September 8, the boat with the help of a pair of tugs set off for the future duty station. In the coming weeks, the TL-2195 is to pass through the inland waterways and arrive at the Novorossiysk naval base. State tests will be held there, and then the acceptance of the finished boat by the fleet is expected. 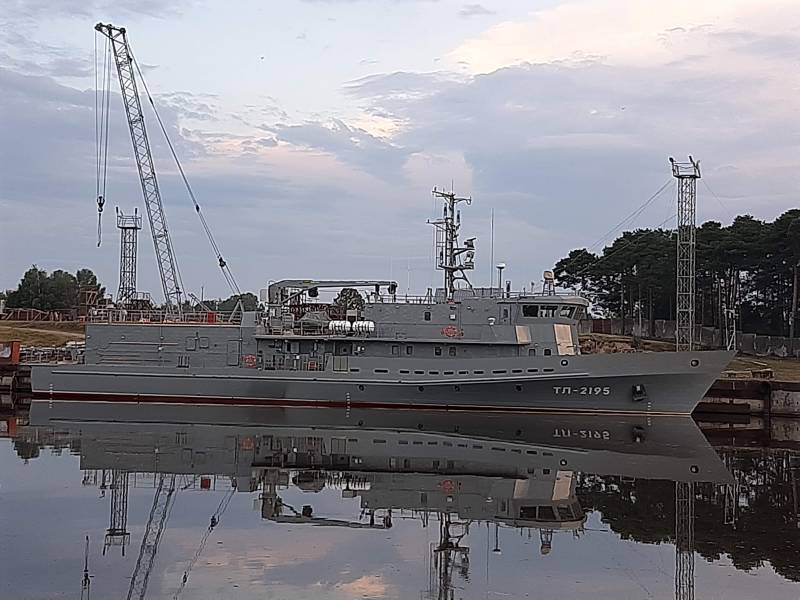 The lead boat before the transition to Novorossiysk
According to the latest reports, the head TL-2195 will be handed over to the customer next year. The second boat of the project will complete tests and begin service in 2023. Thus, both auxiliary units will be commissioned with a delay of 3-4 years from the original plans. However, now there are reasons for optimism in the form of the readiness of one torpedo.

The boats of the project 1388NZT are intended for searching, lifting from the water and transporting practical torpedoes during firing practice. During their development, the experience of previous projects of the "1388" line was taken into account, however, new solutions and components were applied to obtain new technical and operational capabilities.

Etc. 1388NZT offers the construction of a boat with a length of approx. 49 m, 9 m wide and 2,6 m normal draft. Displacement - more than 300 tons. The boat has traditional hull contours, which ensure high running and maneuvering characteristics. On the hull there is a superstructure with a wheelhouse, living quarters and technical premises. The aft part of the superstructure is given under the compartment for storing and transporting torpedoes.

The power plant of the boat is based on two Chinese-made CHD622V20 diesel engines with a capacity of 3945 hp each. To increase maneuverability and simplify holding in place when working with a torpedo, the boat has a retractable propeller-steering column. There is a thruster in the bow of the hull. The maximum speed reaches 20 knots; range at full speed - 1000 nautical miles.

The boat's crew includes 14 people. Living conditions and food supplies ensure autonomy of 10 days, which is enough to participate in training events. Measures have been taken to improve the conditions of service and simplify the work of the crew using modern on-board equipment and various systems.

The lead torpedo boat, project 1388NZT, will undergo state tests in Novorossiysk, and will serve in the Black Sea Fleet. The second pennant of this type, most likely, will also be given to the KChF. Despite the small number, such boats will be able to significantly affect the condition of the auxiliary fleet and contribute to the provision of training activities. 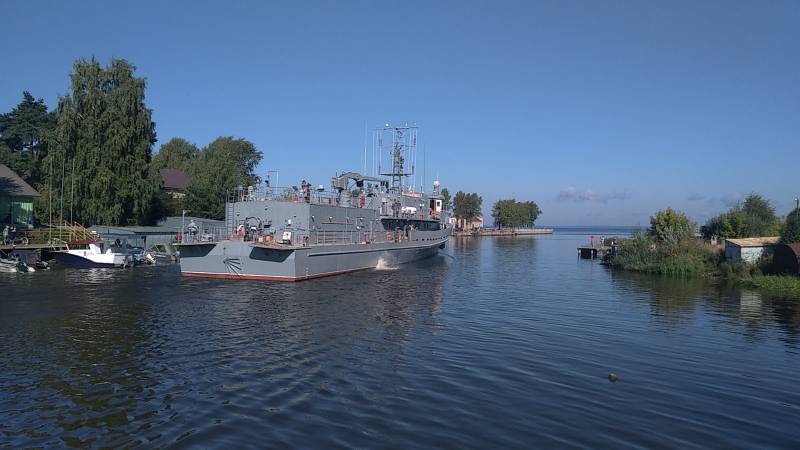 The boat leaves the factory
According to known data, the auxiliary fleet of the KChF now includes three obsolete torpedo tubes, project 368, built in the early seventies. There are also a couple of newer boats of the Cormorant type, delivered before the early nineties. One of them continues to serve; the second was seen sucking a few years ago. Thus, shooting practice can only be provided by four morally and physically outdated boats.

Having received only two new boats of the project 1388NZT, the Black Sea Fleet will increase its "torpedo forces" by one and a half times. This will simplify the organization and conduct of firing practice, and will also allow you to gradually write off the oldest boats with a generated resource. In addition, boats with modern equipment are able to more efficiently perform assigned tasks.

The KChF has a fairly large number of ships and submarines with torpedo weapons, incl. combat units of new construction. They must regularly go to sea landfills and practice the application weaponsincluding torpedoes. The growth of such activity of the fleet places increased demands on auxiliary vessels - and torpedo tubes are no exception. Two new boats will be able to supplement and then replace older pennants, with an increase in the main characteristics and capabilities.

According to open data, the Russian Navy has no more than 10-13 torpedo boats, and some of them have been put into reserve or laid up. The largest "squadron" has the Black Sea Fleet - 4 units. More modest groupings of the Baltic and Pacific fleets - 2 units each. in the ranks. KBF operates one boat, project 368 and one newer, project 1388; only "Cormorants" serve in the Pacific Ocean. The Northern Fleet had only one torpedo, project 1388, but its condition and prospects are unclear.

Thus, it is not only the Black Sea Fleet that needs to update the grouping of auxiliary vessels. All fleets need torpedo tubes in one quantity or another. Without solving this issue, the Navy in the future may face obvious problems. The lack of the necessary support boats will not allow full-fledged combat training and, accordingly, to realize the full potential of the ongoing modernization and rearmament of the fleet.

By now, the construction of new torpedo tubes of project 1388NZT has begun, and the first of them will begin service next year. In 2023, the Black Sea Fleet will receive another similar boat. How the development of auxiliary fleets of other associations will proceed is unknown. It is very likely that in the coming years there will be new orders for the construction of the following boats.

Thus, not the most noticeable event at a small shipyard in the Nizhny Novgorod region is actually of great importance for the development of the Navy. In recent years, measures have been taken to update the auxiliary fleet, and a new step in this direction is the construction of torpedo boats - small and little-known, but important.