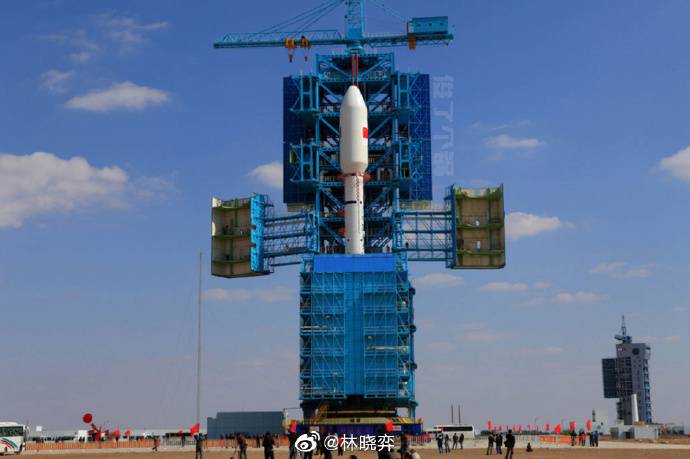 Presumably, preparations for the launch of a reusable ship. Photo Weibo.com

China is developing its rocket and space program and exploring new directions. Recently, a flight of a promising reusable spacecraft was carried out. Most of the data about this event and the ship itself has not yet been published, which, however, did not prevent the emergence of various versions and estimates.

On September 4, the Xinhua news agency announced a new space launch from the Jiuquan cosmodrome. The Changzheng-2F launch vehicle launched a reusable spacecraft into orbit. It was reported that the device will stay in orbit for some time, after which it will launch and land in the planned area. The purpose of the flight was called the development of reusable technologies and the provision of support for the peaceful use of space.

On September 6, Xinhua announced the successful landing of the ship. The two-day mission ended in the designated area. The successful flight has been called an important breakthrough in technology research. In addition, it was indicated that he provided experience for the development of cheaper and more convenient methods of delivering cargo into orbit. The peaceful purpose of the project was again emphasized.

Curiously, both official reports did not mention any technical or other details. The name, class and characteristics of the ship remain unknown. In addition, photo and video materials of the launch have not yet been published. The place and method of landing are not specified. 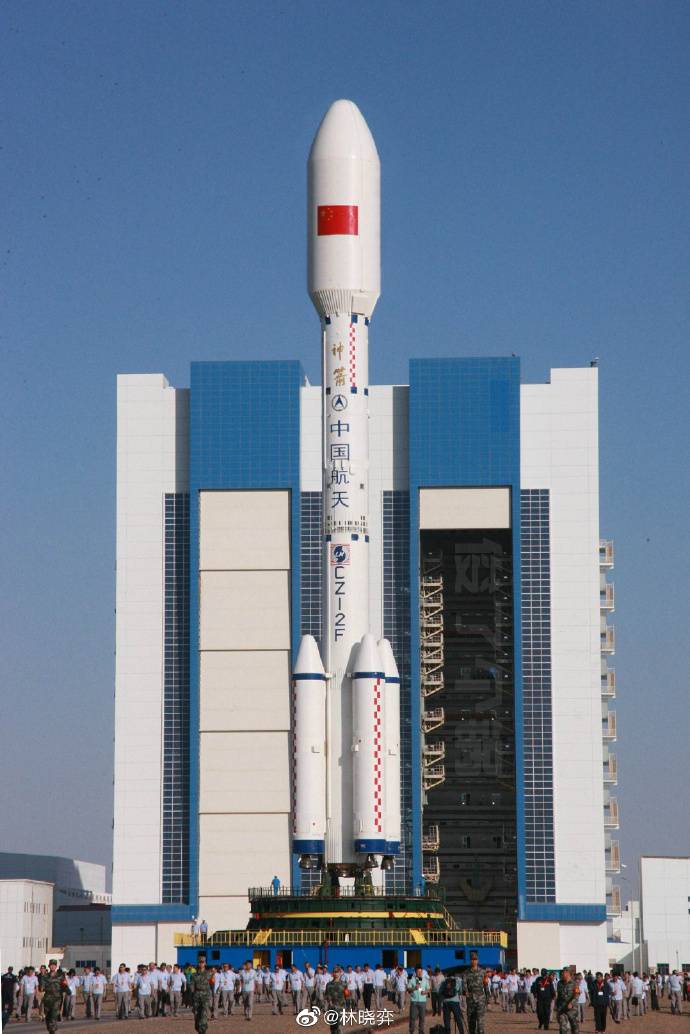 A new type of spaceplane may be hidden under a large fairing. Photo Weibo.com
Thanks to foreign space control means, information appeared about the orbital parameters of the Chinese spacecraft. The spacecraft was in geostationary orbit with an inclination of 50,2 °. Apogee and perigee were 348 and 332 km, respectively. It was not possible to establish the features of the deorbiting and the landing site.

Also in foreign sources, unofficial photographs of the launch vehicle appeared on the launch pad during preparation for launch. The ship's payload was not captured, but there are other interesting details. Satellite photos of the proposed landing site were soon released.

News from China, despite their specific nature and the absence of the most interesting details, naturally attracted the attention of foreign media and the interested public. Various versions and estimates are proposed based on the limited information available.

The class of the Chinese reusable ship is unknown, but the version about an orbiting aircraft should be considered the most plausible. Messages from past years speak in her favor. Thus, in the fall of 2017, China Aerospace Science and Technology Corporation announced its intention to launch a reusable ship in 2020. Then it was argued that upon returning to Earth, he would be able to perform aerodynamic flight and land "like an airplane." Astronauts and various cargoes were mentioned as future payloads. 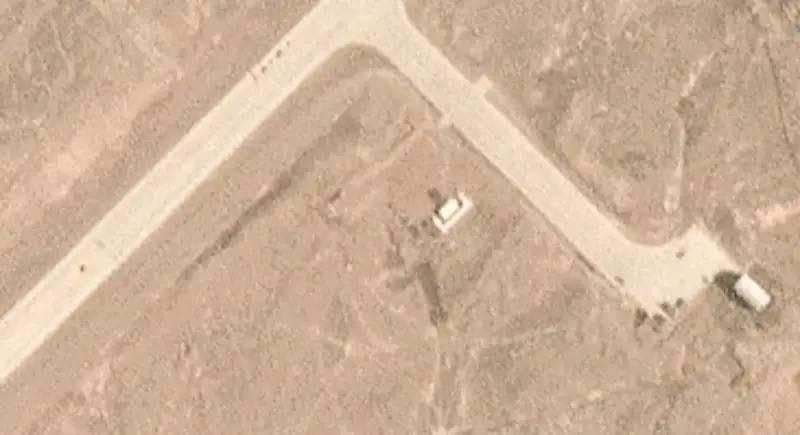 Satellite image of the airfield where the ship could land. Photo Thedrive.com
It is quite possible that three years ago it was about a promising project, which by now has been brought to the first flight. In addition, over the past several years, CASC and related organizations have been involved in the creation of a spaceplane and even brought such a project to testing.

The general appearance, layout, layout and dimensions of the recently flown ship remain unknown. Alleged pre-launch photos show the ship being housed in a large fairing casing. Its diameter is roughly double that of the rocket, which indicates an approximate wingspan. At the same time, it is clear that the mass of the device does not exceed 8,4 tons - this is how much the launch vehicle can put into low-earth orbit.

Presumably, the test flight ended at the Lop Nor training ground in the Gobi Desert. There is an airfield with a long runway suitable for landing various equipment, incl. orbital aircraft. Satellite images taken after September 6 have already appeared in foreign media. Low quality images show some activity at the airfield, and an unknown large object is visible on the runway.

In the context of the latest news, it is necessary to recall the previous project of the Shenlong spacecraft, which has been developed since the beginning of the XNUMXs. With its help, the technological groundwork used in the current project could appear.

For the first time about the product "Shenlong" became known in 2007, and by that time the project had managed to advance quite far. Preliminary studies were completed and an experimental aircraft was built. At the end of 2007, the prototype was tested in the atmosphere: the H-6K bomber lifted it to a given height and dropped it, after which an independent flight took place. 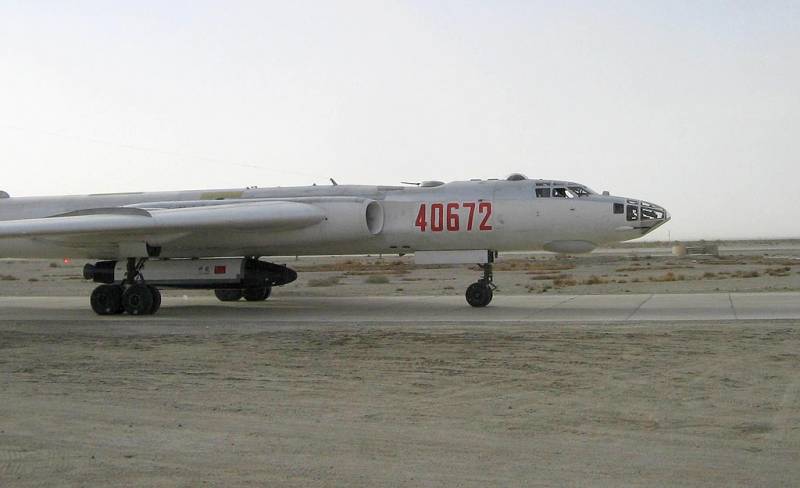 The Shenlong prototype under the H-6K bomber. Photo Bmpd.livejournal.com
In early 2011, according to various sources, the Shenlong was first sent into orbit and returned back. Other launches were no longer reported. In addition, until recently, the question of the possibility of re-using this ship remained open. Apparently, the experimental apparatus was not reusable, and similar functions are provided only now, in the next project.

The experienced ship, seen under the bottom of the bomber, was a product with an elongated fuselage and a small delta wing. The glider was made with the necessary thermal protection, which resulted in a characteristic black and white appearance. In the tail section of the ship there was a propulsion system with one large nozzle. Perhaps the design changed between atmospheric and orbital tests.

In connection with the Chinese reusable spaceplane, one should recall the American development of the same class - the X-37B product developed by Boeing. This apparatus is approx. 9 m with a wing span of 3,5 m and a launch weight of less than 5 tons. Two ships were built, they are alternately sent into orbit. For 10 years of experiments, the flight duration was brought to 779 days. Mission objectives remain secret.

According to official reports, the goal of the new Chinese project is to optimize the processes of delivering cargo to orbit. It is emphasized that all this is done for peaceful purposes. However, more accurate information has not yet been announced. When, how and for what purpose the ship is going to be used - it is not known, although this does not interfere with assessing its potential. 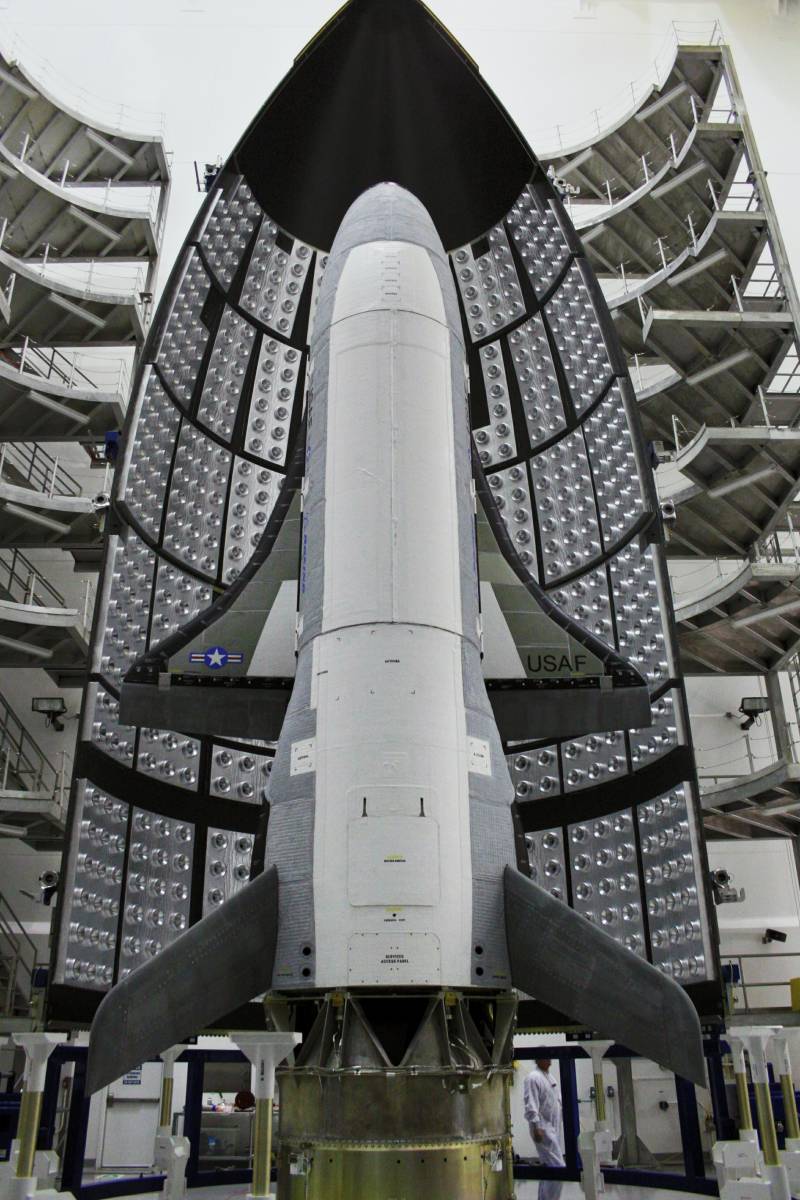 The American X-37B spaceplane is a likely functional analogue of the Chinese product. Photo by US Air Force
The reusable spaceplane is capable of solving a variety of military and scientific tasks. It can be used to conduct different types of reconnaissance for different purposes. Also, the spacecraft can become a carrier of small and ultralight satellites, capable of putting them into different orbits. If the flight duration is sufficient, it can work as a platform for various orbital research. Finally, a reusable spacecraft can be used as transport for people and goods, incl. in the interests of a promising space station project.

In all cases, a promising ship and a spent launch vehicle will provide the optimal cost of launch and operation as a whole. Due to these advantages, the new complex will be able to replace traditional systems in a number of areas. At the same time, there are restrictions on the launch mass and the weight of the payload.

Thus, the current project has the broadest prospects and is of great interest to various departments. The project was brought to flight tests, and the first launch was recognized as successful. In the near future, we should expect the introduction of new technologies in practice, in the peaceful and military spheres. As a result, the Chinese rocket and space industry will receive a completely new tool with special capabilities.

China traditionally does not disclose all its plans, and therefore it is not known how soon the new apparatus will reach mass exploitation and demonstrate all its capabilities. However, it is already clear that the Chinese rocket and space industry is expanding its capabilities and aspiring to world leadership.