In China, they told how they plan to use the UDC of the Type 076 project 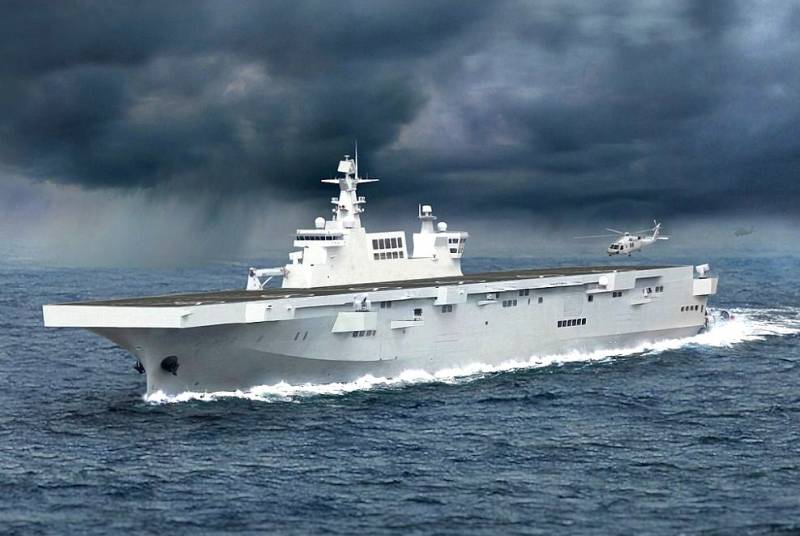 China continues to develop and improve the universal amphibious assault ships, nicknamed for their capabilities "small aircraft carriers." The landing ship 075 is replaced by the UDC Type 076.

China is following the USA by building "small aircraft carriers"

The Type 076 is not a simple landing ship. It, according to the materials of the Chinese press, has the displacement of a medium aircraft carrier and is capable of carrying ship drones, which in fact turns it into an analogue of a small aircraft carrier.

It is clear that one of the main tasks of the Chinese navy in the current world political situation is to achieve parity in the oceans with the US naval forces. The American Navy is known to have a large number of aircraft carriers, but now, after the F-35B fighters entered service in the Marine Corps, the Pentagon has introduced an innovation - ships capable of conducting both landing and aviation operation. 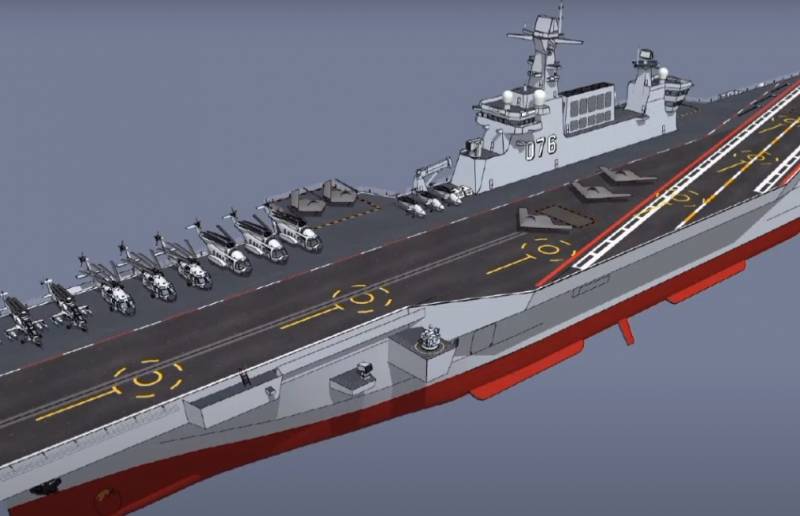 China is keen to keep up. It is reported that the Type 076 amphibious assault ship should also interact within a strike group with two or three medium-displacement destroyers, which will make it possible to solve the tasks of providing an amphibious operation with air and fire support forces. Landing craft 076 will carry at least 10 attack unmanned aerial vehicles and a small number of fighter jets on board.

For what operations are the Type 076 intended?

However, at present, the Chinese Navy does not yet have vertical takeoff and landing fighters like the American F-35B, so it remains to rely on assault drones, and, therefore, to solve the problem of striking the enemy at long distances.

As for the tasks of air defense, their command of the Chinese Navy is still planning to solve the forces of air defense of destroyers. It is possible that it is this circumstance that will force the naval command to add Type 055 destroyers with more powerful air defense means to the described strike groups. 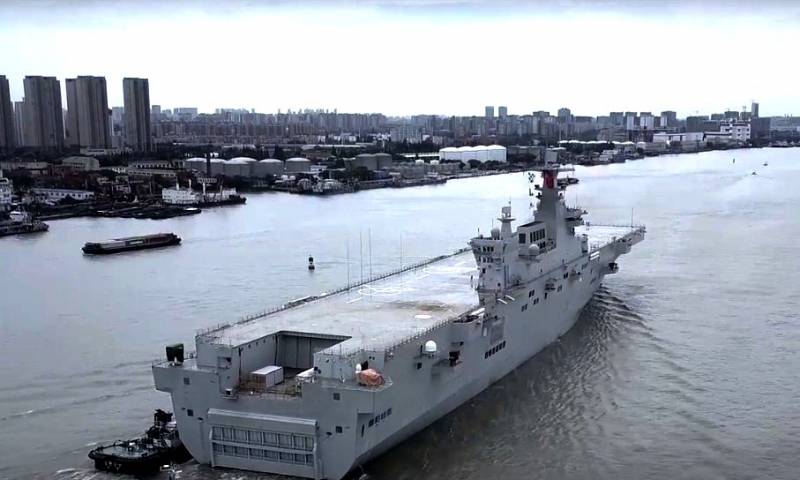 At the same time, a number of military experts emphasize that expeditionary strike groups can only cope with medium-intensity operations, since giving landing ships previously uncharacteristic functions of aircraft carriers weakens the ability of the Marine Corps to carry out large-scale landing operations. Most of the space on such a ship is occupied by aviation equipment, which automatically entails a reduction in the number of armored vehicles and marine soldiers being transported.

The Chinese military, taking into account this circumstance, reduced the number of aviation equipment on the Type076 universal amphibious assault ship in order to be able to take on board more personnel and weapons for amphibious operations. China's opponents believe that these will be operations to capture the islands. The Type 076 landing ship will be able not only to play the role of a "small aircraft carrier", but also to solve complex combat missions in the form of supporting complex air and landing operations.