How Solzhenitsyn Equipped Russia from Overseas 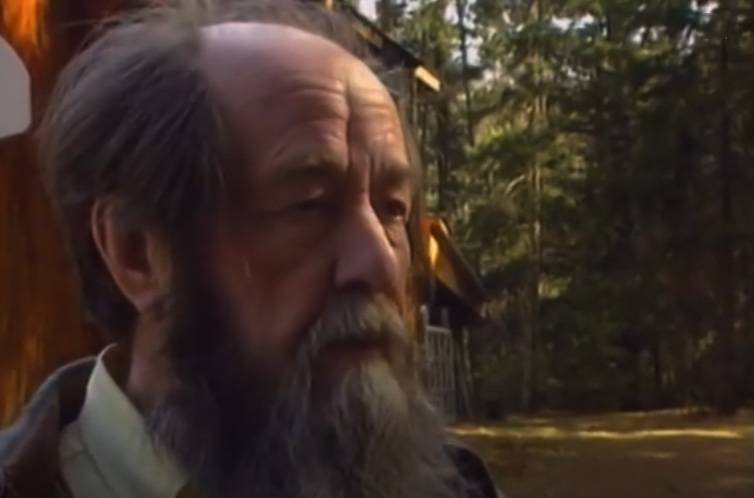 An article by one of the leading figures of the Russian dissident movement, Alexander Solzhenitsyn, "How We Can Equip Russia" was published on September 18, 1990. It was sold in millions of copies throughout the Soviet Union, which at that time had nothing left to exist. And not least thanks to the "Vermont Hermit" and his ideological followers. Today, three decades later, we can reasonably judge what this work was: a work of genius or another portion of good intentions, which became another section on the road leading to a well-known address.


The Nobel laureate himself saw his own essay as a programmatic document, which was simply necessary to follow. According to Solzhenitsyn's own assertion, from across the ocean he offered the authorities "a nationally salvific, and a carefully developed program for the state." It is difficult to understand how one can call a “program”, and even “carefully designed”, a set of bilious accusations, common phrases and beautiful-minded dreams. And is it possible in general to "equip" anything, to judge something, and even more so to try to decide the fate of millions from overseas? Is this consistent with those "high moral principles and foundations" for which the author so advocated?

Nevertheless, he was heard, and how. General Secretary of the CPSU Central Committee Mikhail Gorbachev, who at that time headed the party and the country, which Solzhenitsyn declared in his work the focus of world evil, devoted his speech to him in the Supreme Soviet of the USSR. Writers and philosophers, scientists and artists, a great many people throughout the vast country read the lines about the "arrangement of Russia" as a kind of revelation, discussed, argued about them, wrote reviews, tried to develop or refute the ideas presented in the article. And then they began to implement them ... It cannot be said that it was the article mentioned (or even Solzhenitsyn's work in general) that became the spiritual basis of the destructive "perestroika". But one of the cornerstones is undoubtedly.

Years later, one of the historians called that Solzhenitsyn's essay "a publicistic monument to the illusions of that time." In general, this is probably true. The trouble is in two things: firstly, these very illusions, which have captured the minds of millions of people, have destroyed too much. Country, future, destiny, life ... Secondly, on the most elementary lie, if not all of the thoughts and ideas presented in the article about "arrangement", then their absolute majority were based. “The entire XX century has been severely lost by our country; the achievements that were trumpeted are all imaginary ... ”Is there even a word of truth here?

In principle, how can one take on faith the revelations of someone who calls the Great Patriotic War not only "self-destructive", but also "ineptly conducted"? Moreover, he asserts at the same time that "we have packed 30 million, ten times thicker than the enemy, and have only established despotism over ourselves." Lies! After all, from the very first to the last word - an unparalleled lie, both in numbers and in essence. The military losses of the USSR and Germany are approximately equal, and if we also take into account the satellites of the Third Reich, they are completely incomparable. The rest is civilian casualties. So what do you mean then "laid down" ?! It turns out that it was not the occupiers who committed terrible crimes on our land, but ourselves? Yes, only after these passages alone we have to admit that the author simply hates both the people and the country, which he calls his own. 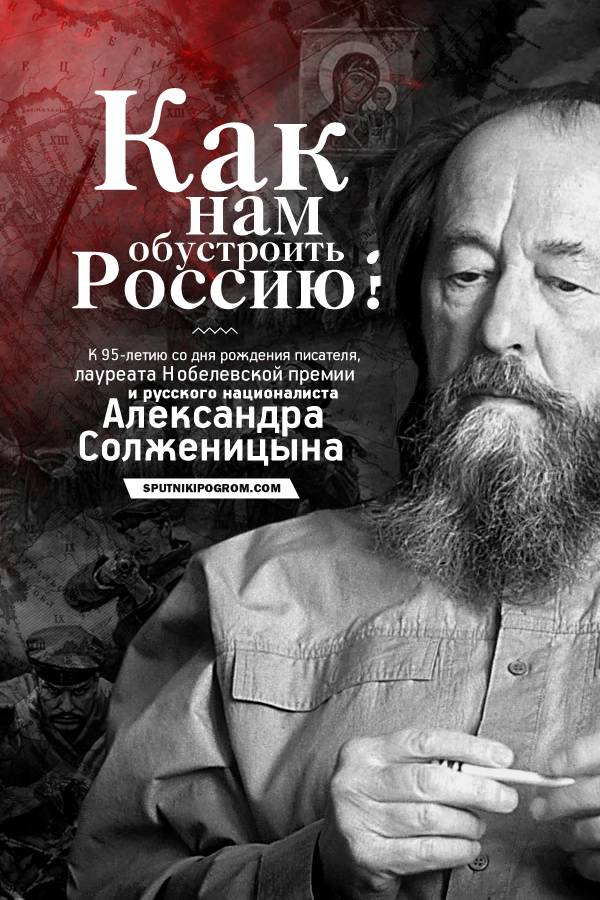 All other statements are of the same kind: about the riches of Russia “plundered and taken out of the cordon”, “primitive industry”, destroyed medicine and education, about the “extinction of the Russian people”, a ruined village and abandoned outskirts of the country. All this will really come true, but only after those who will be pushed by Solzhenitsyn and similar subjects to whom Solzhenitsyn and similar subjects pave the way with their false "revelations" and tales of "general prosperity" and a malignant Marxist-Leninist utopia ", in the overthrow of which he saw the first and most important step towards the future" arrangement ".

Overthrown ... And then things began that in 1998 Solzhenitsyn himself gave birth to a new creation, which bore the name "Russia in Collapse". I remember he refused to accept the order from Yeltsin’s hands: they’ve brought the country! However, he did not disdain a luxurious residence from Boris Nikolaevich. So it's definitely not worth calling Solzhenitsyn a "modern holy fool-lover of truth". The blessed are not covetous, not vain and not possessed by such pride as this Nobel laureate, who undertook to show the whole country the way to the “bright future”, and then did not want to take on himself even a grain of responsibility for the nightmare into which this future turned into reality.

I will not, like some, assert that the article on the arrangement of Russia was indeed written by the author in the "beautiful American far away" under the direct dictation of the CIA or the US State Department. However, the right word, when reading some of her passages doubts creep in. Here you will find a synopsis on the collapse of the Soviet Union (the twelve republics must certainly secede!), And a call to stop “blowing out all new, new types of offensive weapons"And build an" all-oceanic military fleet ", and speculations that" space can wait "and it should be" cut off overnight. " As they say, whatever your heart desires. But whose soul?

Who benefited from the practical implementation of the multitude of ideas and proposals outlined in How We Can Equip Russia? This is a question, an honest answer to which will make it possible to judge the true value of this "epoch-making work" and the true essence of its author. Everything that is stated there regarding the economy, social and, moreover, political issues is nothing more than the idle talk of a person who has undertaken to judge and joke about what he does not understand at all. Following this and similar advice, Russia was not equipped, but almost destroyed. And it can be saved only by using such "creations" as a standard of what our country should not follow in any case.