Does Russia need such people? 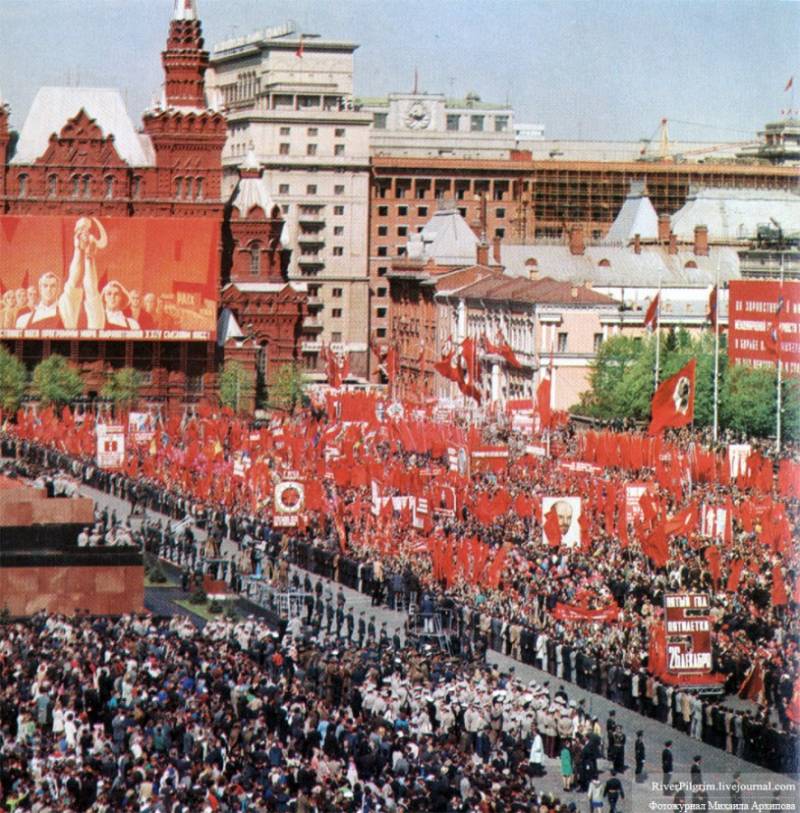 Despite the fact that this article will be published BEFORE the elections, it should by no means be regarded as advertising, but rather as analytical. And this analysis, let's say, is not very comforting.


Elections, elections, deputies ... the same. Nothing new, the administrative resource plows like a damn, because the KPS ... sorry, EP, is obliged to win at all levels and in all regions. The old and eerily familiar Soviet scenario of one game for all occasions.

I already wrote that one batch for all occasions is sad. It is sad not because they will sketch / correct / choose who they need. Not. It is sad because there will be absolutely no improvement in life.

The same "proven" deputies from the United Russia will in the same way throw handouts to the electorate, imitating (and often not even doing so) their activities. And at the same time covering from the anger of the electorate of their party members who will sit in the executive branch.

And the “multiparty” system that seems to be present today is a mockery of common sense. I don't know why the Communist Party, the Liberal Democratic Party, the SR exist today, if THREE (!!!) these parties are not able to offer the slightest resistance to the United Russia Party.

And the "Zhirinovites" also "for" the laws of "United Russia" voted regularly before. 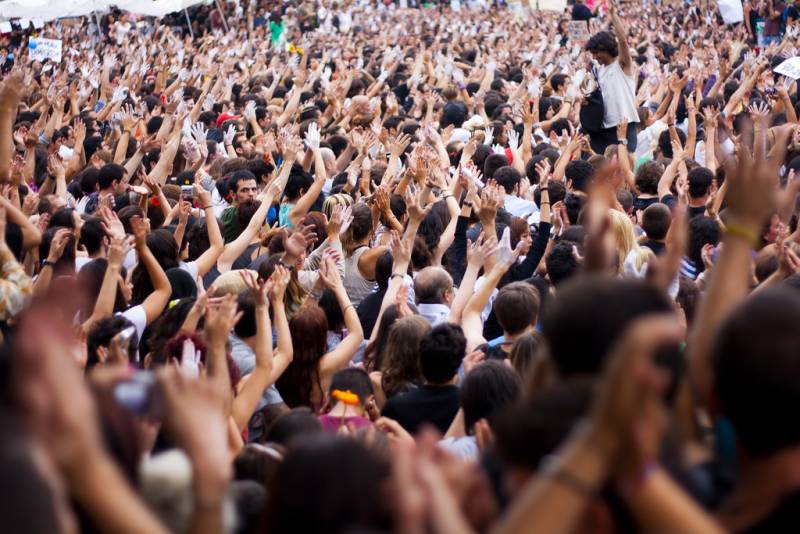 We have no official opposition. What is is not opposition. This is laughter. And the real opposition could be those movements and parties that currently oppress as much as possible, which are not given the opportunity to register.

In fact, the three "opposition" parties are nothing more than a decent feeding trough for their leaders, who, thanks to our system of electing according to party lists, will sit on the people's necks, doing absolutely nothing. But with a good salary.

Cool said? No, but in fact, how did Zyuganov, Zhirinovsky and Mironov show themselves in this period of sitting in the Duma? In the past? The year before last?

Yes, nothing. They, you know, have no way to resist the EP.

In general, it is very convenient if so. We are in the Duma, but we cannot think. Because we are few. Therefore, you can do nothing at all.

Well, in general, how they worked - so they voted for you. Well, or the United Russia decided to save money and not pay for the votes of the "opposition", just bungling a constitutional majority.

Cheap and practical, by the way.

But all this is at the top. And below ... Below there is progress. And they are very controversial. Below, just where there is a people who are called the ugly word "electorate", people of a completely different formation appear there. They are very strikingly different from those who today cover up officials from the demands of the people.

During the week of the pre-election action, I met with four candidates for deputy. And I am sorry that they have no chance to get into the elections where they can be useful to the people.

But the very fact that such people appeared in the political arena at all already testifies to the fact that something has begun to change in our system.

Now you yourself will judge whether I am right or wrong. I do not specifically give full names and polling stations, this is not so important now, more important are portraits of people who believe that something needs to be changed in our life. 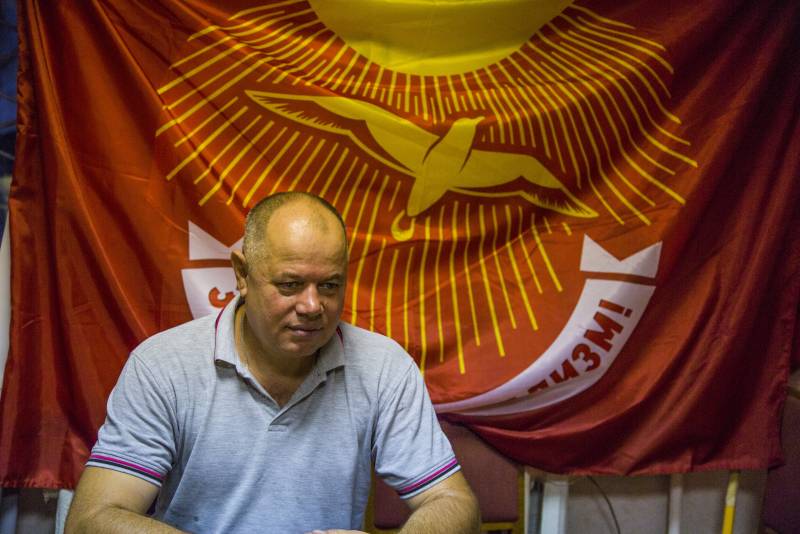 Man-firm, driver-mechanic-freight forwarder. We can say that he is an entrepreneur of the lowest level. He commands himself and himself and organizes.

A former worker, he worked at a factory for half his life. Absolutely communist element.

A calm, reasonable person, confident that a lot can be done with his hands, but more if you put your head on. 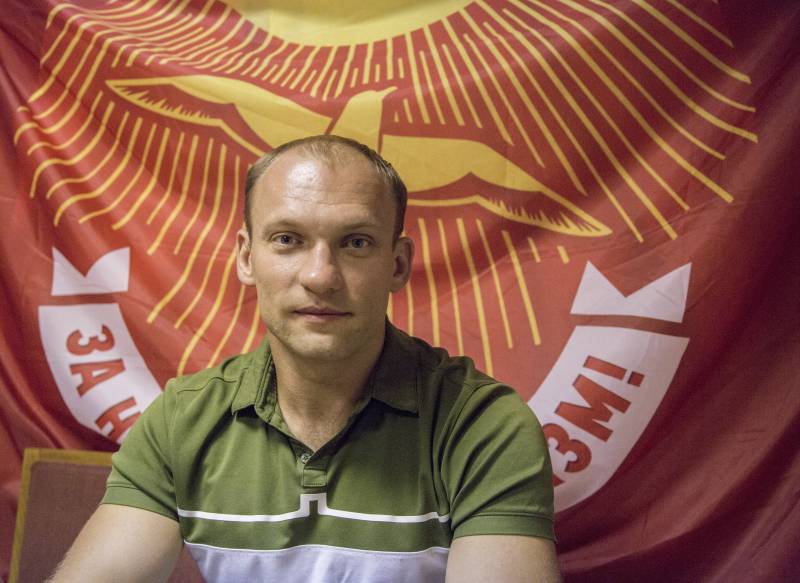 He started out as a minibus driver. From a driver, he slowly but surely turned into an entrepreneur, since he began to repair and paint cars, started a small car fleet. Out of 30 days a month, 28 were at work.

After a certain point in my life, I began to study. And in the process of studying, he got acquainted with the teachings of the Concept of Public Security and found himself in the positions of communists. And already from the communists he got into the socialist movement.

Considering the approximate similarity of the ideas of the communists and socialists, I decided that the ideas are worth fighting for.

A person with a pronounced active attitude. It is good to attack for such as a tank... They believe such people, they follow such people. 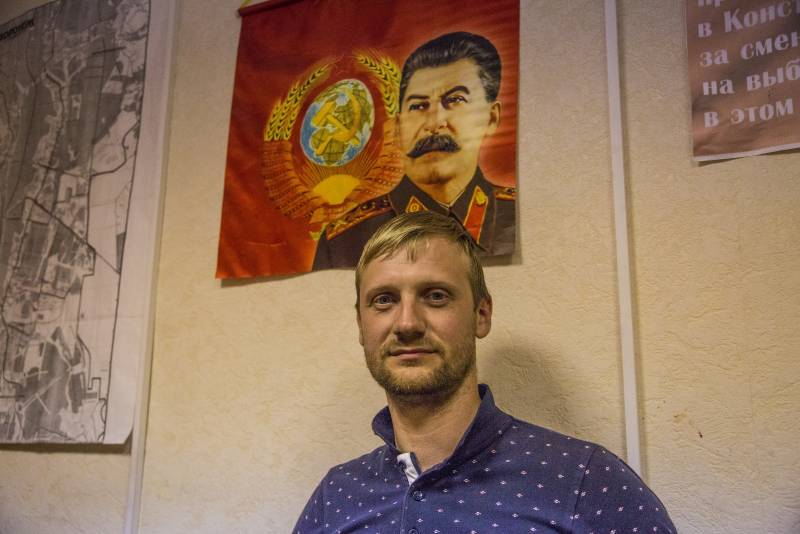 A working element who started at an aircraft factory, but with two higher educations. In the process of working, he became disillusioned with modernity and also began his studies. As he got educated, he took the positions of the communists.

He abandoned the city, went to a farm, built a house for himself with his own hands, where he lives.

A politicized philosopher is very dangerous for an unprepared opponent. He tries to get to the root of any issue and solve it in stages. Very calm and confident. It is somewhat similar to a nuclear mine. Most likely, it is calmness and reasoning. 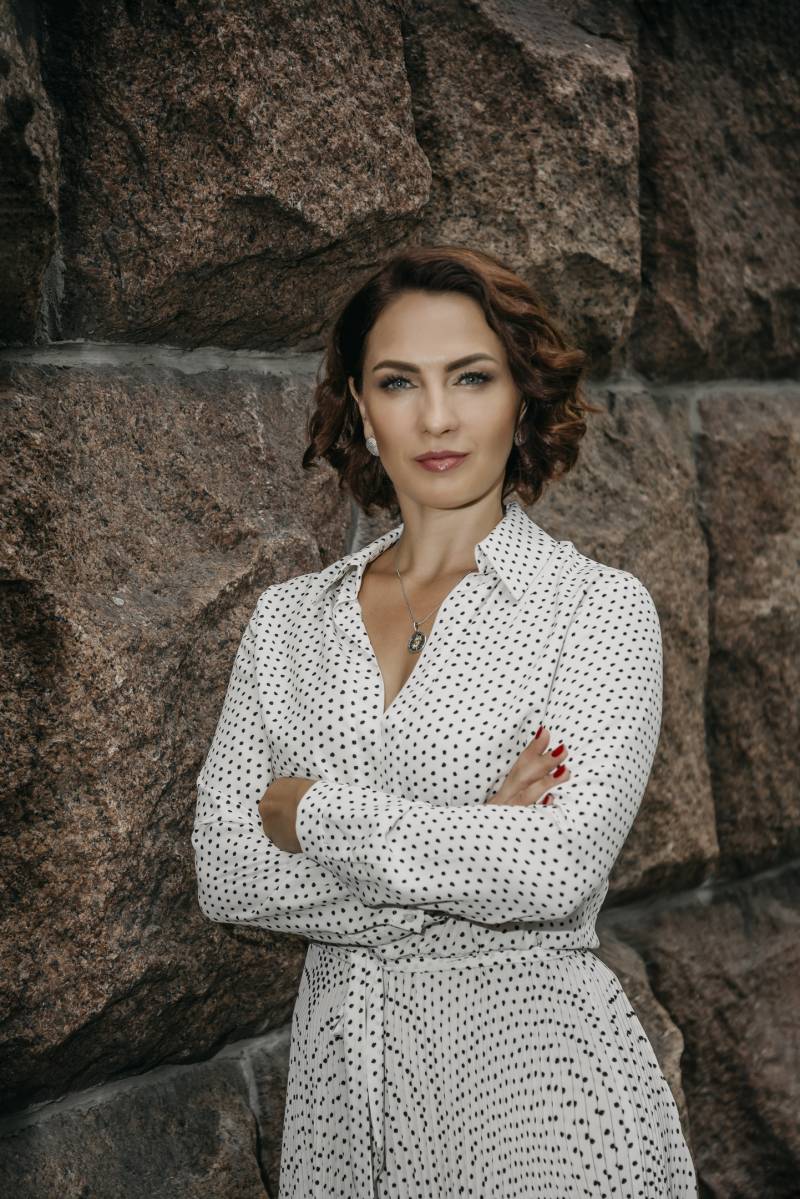 She was born in the Far East, in the village on the table. Because in the village there was no feldsher-obstetric station. Naturally, she did not start her career in leadership positions.

In the course of her life, she ended up in Lipetsk, where she joined the ranks of entrepreneurs. She has changed several activities, but continues to manage her projects, whatever they may be, from a coffee shop on wheels to a jewelry store.

An unusually bright and creative person, full of confidence and optimism. Such people do not need to be chained to machine guns, they themselves will not go anywhere from the last line.

I gave very short portraits, simply because one can write a separate article about each of them, and it will not be an advertisement, but, perhaps, a biographical story. But the format of the article simply does not allow to swing widely, but I want to talk about them, but on the topic.

I also leave the party system behind the scenes, since the party platform does not play any role here. Let me explain why.

All four sample participants are going to work not in cities, but outside them. Men have a very interesting problem: in the village where they apply for mandates, there is an increase in the population.

Say good? But not always. An "ecologically clean" area, the land was distributed as usual, rather big houses of this kind were built on these sites, plus there are quite efficient enterprises. And as a result, problems with electricity began in the area. Transmitting powers have ceased to cope with the supply of energy to consumers. Overloads began on the lines, overheating of transformers began, and outages began.

And all this is not the first year. There is a problem, but for some reason no one rushes to solve it. There are more important things like tiled sidewalks. No, tiles, if not in eight layers, as in Moscow, is normal.

In general, the problems are stale. But not solved for some reason.

In the Gryazinsky district of the Lipetsk region, Evgenia Sereda has problems of about the same nature, but with a bias towards social services. She has a plot where the outskirts of the town turn into a village, so there is generally a full bouquet. Especially drug addiction, which not only feels good in the area, despite the struggle with it, but also the locality favors the organizers of "treasures".

Evgenia rightly believes that young people should be taken away from the "treasures", but taken to the sports grounds. Which are also not yet available. More precisely, there are, but for children, for children under 7 years old. And for an older age, there is nothing. Neither playgrounds, nor sections, which are somehow not very convenient to talk about in our time, since the times, to put it mildly, are not the same as before, for sports.

What surprised me about this four is that no one makes any promises. This is generally news for a person who has a very extensive experience in electoral affairs in the past. The candidate is obliged to promise. It is not fashionable for us to carry out, but to promise is sacred.

So this is the idea in the minds of the new candidates, which surprised and amazed me. They know the problems in their areas. In principle, they know how these problems should be solved in theory, since these are the areas where they live.

But they are in no hurry to make promises, because they do not know at all how the executive branch will react to their initiatives. That is, all the same gentlemen from the EP.

In general, it is clear how. No need to tell. I have already cited an example, how in my city, following the deputy of the regional Duma, the owner of the largest house-building plant, people in helmets filled all the banners. From director of DSK to managers.

For some reason, there are no crane operators, drivers and bricklayers in the ranks of the United Russia.

In general, the situation when those who can afford it financially go to the authorities, whether executive or legislative, is a dead end. All these effective managers who hang on banners in my area and live on the other side of the city, in an elite cottage community, are nonsense.

The lower-level deputy should be really popular. That is, not only to be elected by the people (or pretend to be elected), but also to live in the same place with their voters.

Who is the best driver to please about the roads in their area? Who is the best power engineer to understand the problems of energy supply? Who better than an athlete-handball player will figure out how to attract children towards sports, and not towards a forest belt with "treasures"?

Well, definitely not the manager of a house-building plant.

We, citizens, people, electorate, need just such elect. Honest (and so far no one was caught on the opposite - all my characters are clean, like snow on Everest), ready to work for their neighbors and fellow villagers (I remind you that such a deputy is not entitled to a salary), without any hidden benefits (well, he won't buy himself Igor at the expense of the budget is another car, for example, since the budget is not at his disposal), simply because this very understanding has come to them that it is time to do something.

There is an expression often used by demagogues: if you want the world around you to change, start with yourself.

My opinion: people like my heroes have already started. And I will sincerely be sorry (and most likely it will be so) if we, the people, the electorate, do not need such people. And in those places where they could really be useful, there will again be weak-willed voters from the United Russia. Who will also stick their voices in support of other people's ideas.

But I still seriously hope that Russia will be able to change for the better if our representatives come instead of you-know-who party representatives.

Or maybe someone has a different opinion on this matter, and United Russia will be enough for us? It would be interesting to know your opinion.

Ctrl Enter
Noticed oshЫbku Highlight text and press. Ctrl + Enter
We are
About Stalin and KhrushchevWhat you didn't want to know about England
Military Reviewin Yandex News
Military Reviewin Google News
128 comments
Information
Dear reader, to leave comments on the publication, you must to register.