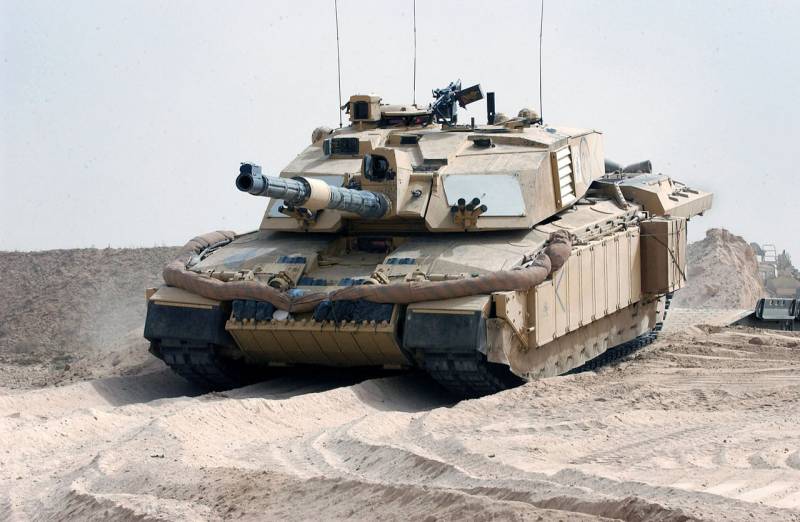 MBT Challenger 2 during the Iraqi operation, March 2003. Photo by the UK Department of Defense

The UK Department of Defense continues to develop plans for the development of the armed forces in the short and medium term. At the end of August, it became known about a proposal to drastically reduce the fleet of armored vehicles and completely abandon the main combat tanks... It is assumed that such measures will optimize the organizational structure of the army and increase its potential, taking into account current threats.

New plans of the British military department on August 25 were disclosed by The Times. With reference to its sources, it writes about the preparation of a new plan to change and modernize the structure of the armed forces, incl. ground forces and armored units.

The combat units of the Royal Tank Corps now have 227 MBT Challenger 2; the army also has 388 Warrior infantry fighting vehicles. The authors of the new plan call this technique obsolete and unusable in the future. It is noted that tanks and infantry fighting vehicles no longer fully correspond to the specifics of modern and future conflicts. In addition, their maintenance and upgrades are prohibitively expensive.

Refusal of tanks and infantry fighting vehicles will allow to reduce costs for the armed forces, as well as free up some funds. The money saved is proposed to be directed to the development of promising areas such as cybersecurity, space, new technologies, etc.

According to The Times, the new plan still involves the use of the tank. In case of an urgent need, it is possible to urgently return to service the reserve “Challengers-2” with simultaneous modernization. Also, the purchase of German Leopard 2 tanks is not excluded. 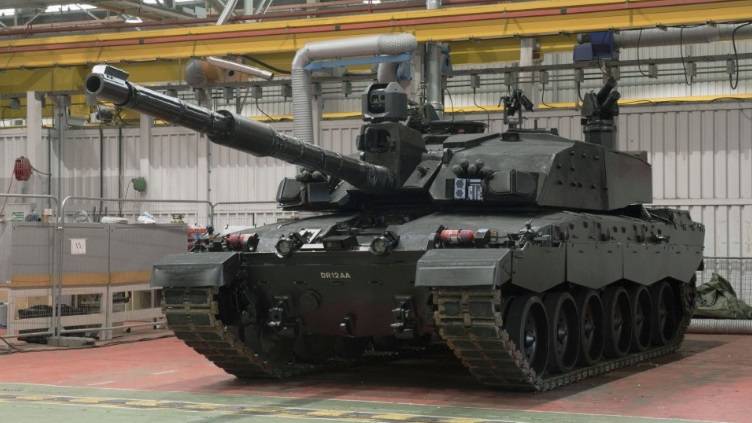 Upgraded Challenger 2 from BAE Systems. Photo Janes.com
At the moment, such plans are at the stage of formation. Their final version will be prepared by the end of 2020. At the beginning of next year, the plan will be presented to the Prime Minister. If the parliament and the prime minister approve the proposals of the Ministry of Defense, then in the near future the corresponding reforms will begin. They will lead to noticeable results in just a few years.

Of greatest interest in the new plans of the British Ministry of Defense is the proposal to abandon MBT. By implementing such ideas, Great Britain will become one of the few developed European countries that have abandoned tanks, while other states are striving to maintain and modernize this technology.

It should be recalled that in recent years in the UK there has been an active discussion of the prospects for the development of army armored vehicles in general and the future of tanks in particular. Various ideas and measures are proposed, up to the most radical, but for now MBT remain in service and retain the role of the main strike force of the ground forces.

According to the results of the recent Army 2020 modernization program, only 227 Challenger 2 tanks remain in the Royal Tank Corps, with about a quarter of this number being training and reserve vehicles. This technique was produced mainly in the nineties and can still continue to serve, but in the foreseeable future it will run out of service and will have to be written off. 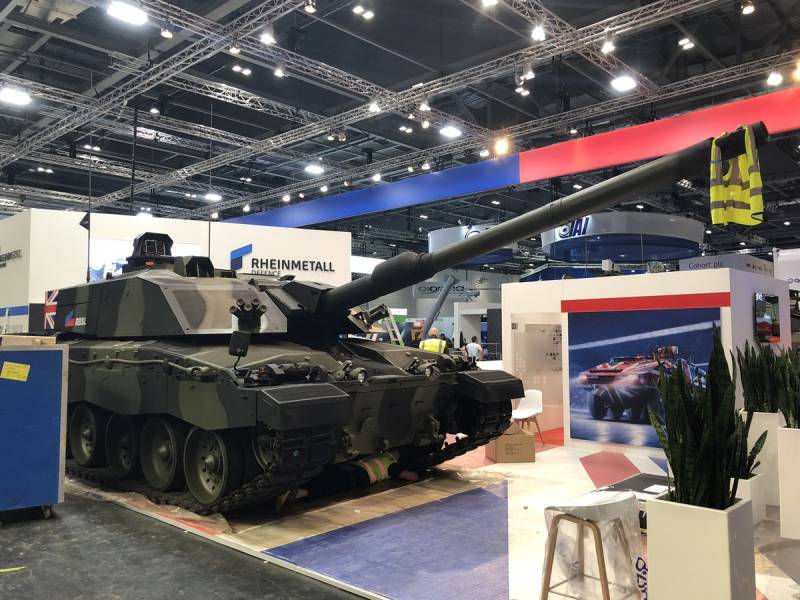 Upgraded tank from RBSL with new turret and weapons. Photo Bmpd.livejournal.com
The need for new measures was discussed in 2015 in connection with the appearance of the Russian T-14 tank. Challenger 2 in its current form was called obsolete. Soon, several defense companies came up with a proposal to develop a fundamentally new MBT to replace the Challenger, but the Ministry of Defense considered such a scenario unacceptably expensive. However, the development of the Life Extension Program (LEP) was soon launched. With its help, it is planned to extend the service life of equipment until 2025 or beyond.

Along the path of modernization

As part of the LEP, to date, two projects have been created to modernize the tank. The first one was developed by BAE Systems and offers a radical modernization of on-board electronics. Also presented is an unnamed project from the Rheinmetall BAE Systems Land (RBSL) joint venture, the main feature of which is a new turret with a smoothbore gun. According to known data, both projects have not yet progressed beyond preliminary checks and demonstrations of samples, incl. layouts.

At the end of last year, the Royal Armored Corps tested a modernized version of the Streetfighter II tank, adapted to work in urban environments. Such MBT receives some attachments and a set of equipment that expands the situational awareness of the crew. In particular, the system of "transparent armor" is used.

All the presented projects for the modernization of the Challenger 2 tank have certain advantages and may be of interest to the army. However, work on this topic has been seriously delayed, and their future remains unknown. The projects are quite complex and expensive, which may not suit the military and political leadership of the country. 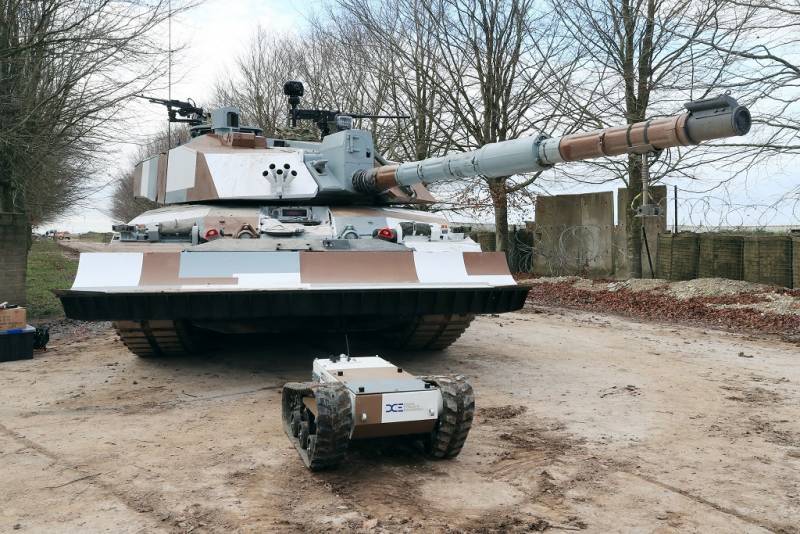 Tank with Streetfighter II service pack. UK Department of Defense Photo
The final decision on the LEP program has not yet been made and the project for serial modernization has not been chosen. Moreover, from the last News it may follow that the upgrade of equipment will not start at all, and by the time the service ends, the tanks will retain their current appearance.

According to the plans already approved, the development of armored, motorized rifle and other parts of the British army will be carried out using the Ajax family of armored vehicles. So, the outdated Warrior infantry fighting vehicles will gradually give way to the modern tracked armored personnel carriers Ares APC. With the help of unified equipment, the fleet of command and staff, engineering and other vehicles will be updated.

The Ajax family lacks a direct analogue of the main battle tank. However, some of the functions of such equipment can be assigned to the basic model of the line - the Ajax tracked reconnaissance vehicle with a 40-mm automatic cannon, guided missiles (optional) and advanced optical-electronic equipment.

However, the replacement will not be equal. Despite the general obsolescence and lagging behind foreign counterparts, the Challenger 2 MBT has a number of obvious advantages over the equipment of the promising family. It is better protected, carries more powerful weapons and is capable of solving a wider range of combat missions, incl. fundamentally impracticable for "light" equipment.

An obvious consequence of the abandonment of tanks will be a drop in the combat effectiveness of the ground forces. It is MBT that are the main multipurpose striking force of any developed army, and therefore developed countries are in no hurry to abandon them and even launch the development of new projects. Great Britain is also engaged in modernization projects - but may stop these works. 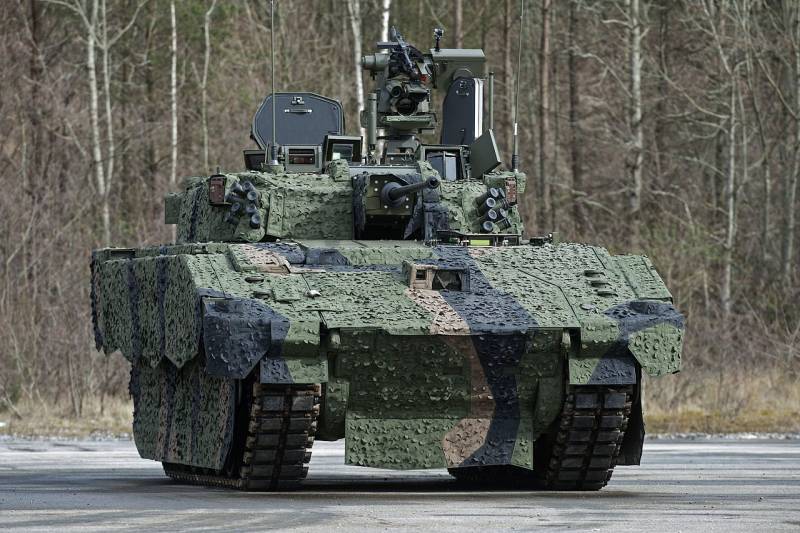 The basic model of the Ajax family is the reconnaissance vehicle of the same name with artillery weapons. UK Department of Defense Photo
It is argued that MBTs do not meet the requirements of modern local conflicts, and machines of lighter classes, such as the BRM of the Ajax family, are more useful in such conditions. However, this is debatable. In the current wars, tanks are widely used. Massive tank battles involving dozens and hundreds of armored vehicles are a thing of the past, but in other situations MBTs and even outdated medium tanks remain highly effective combat units with broad capabilities.

However, in the current situation, it is far from the combat capabilities of technology that are decisive. Now the British army cannot count on a serious increase in the defense budget, capable of maintaining combat effectiveness, updating materiel and carrying out various activities. In such conditions, it is necessary to look for ways to reduce costs, and tanks can become victims of these processes.

The freed up resources are planned to be redirected to other directions that seem promising. This idea raises certain questions. In fact, it is proposed to abandon ready-made and available samples in favor of new developments, some of which will enter service in the indefinite future or not at all. This can hardly be called an equivalent and expedient exchange.

Thus, in the near future, the British armed forces may become poorer due to new budget cuts and weaker due to a radical restructuring of the armored vehicle fleet. However, the tankers still have cause for optimism. The final version of the long-term plans is not yet ready, it will be completed only at the end of the year. Then it will become clear how the army will develop and what fate awaits one or another armored combat vehicle.