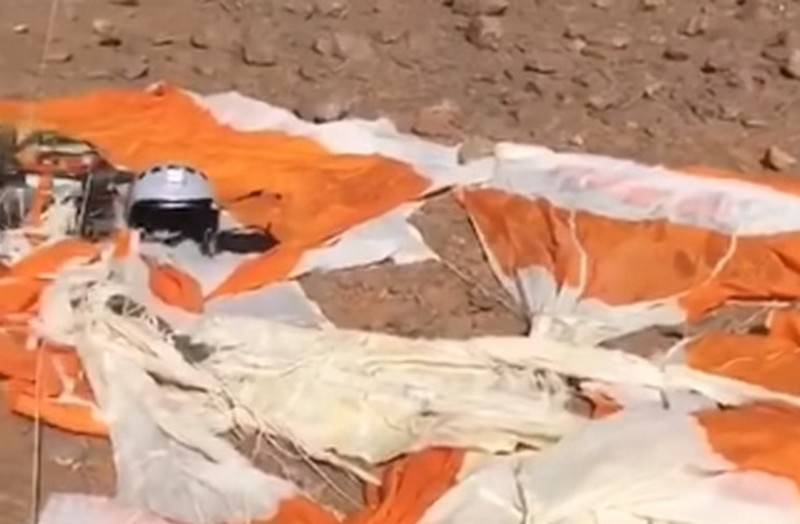 A video with a Russian-speaking pilot of a downed combat aircraft appeared on the Web. The video was posted on its YouTube channel by the Fighterbomber portal.


The video shows a parachute spread on the ground, a working emergency beacon, a pilot's helmet. The pilot himself, filming this video, says that he was shot down at a distance of 70 km from the airfield, ejected and is currently awaiting the arrival of a helicopter for evacuation. At the same time, he does not say names that can determine his location, as well as his belonging to any armed formations or forces.


Today I ejected: not reaching 45 kilometers to the airfield, at a distance of 70 I was shot down. Safe and sound. I spread my parachute, I'm waiting for rescuers. Hit only hard on the stones. (...) Jeeps are not yet visible with the enemy. I will go to the valley, parachute, I leave everything on the ground
- says the pilot.

In fact, the video is dated back to 2018. At the same time, it can be assumed that the video could well have been filmed as fake.

On May 26, the African command of the US Armed Forces officially accused Russia of transferring aviation to Libya. According to the US military, several MiG-29s and Su-24s were transferred to Libya for use by Russian mercenaries with the support of LNA Haftar. According to the information they have, the planes allegedly belong to the Wagner PMC.
Ctrl Enter
Noticed oshЫbku Highlight text and press. Ctrl + Enter
We are
Reports from the militia of New Russia for 27-28 September 2014 of the yearDecember 2010 years. Russian March. Senseless and merciless? Notes not a Russian person
64 comments
Information
Dear reader, to leave comments on the publication, you must to register.