Efremov was sentenced to a real term 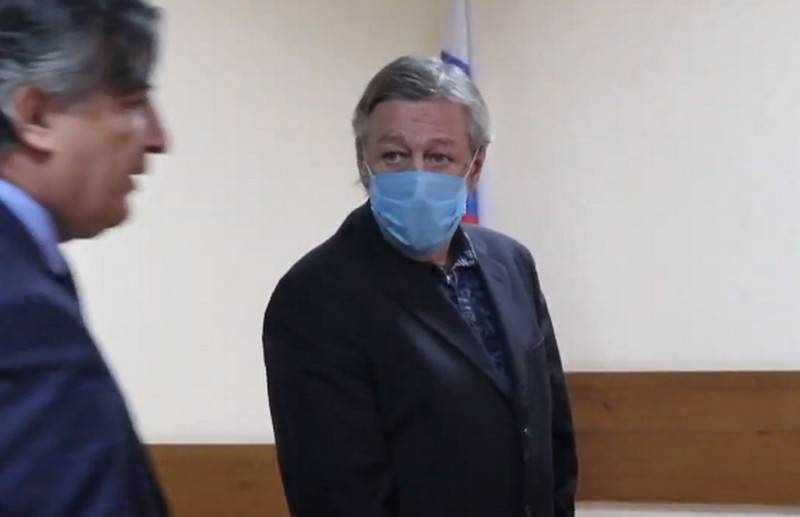 Actor Mikhail Efremov, found guilty of a fatal road accident, was sentenced to a real term. Reportedly, a judge of the Presnensky court in Moscow sentenced Efremov to 8 years in a general regime colony.

To impose a sentence of 8 years in a general regime colony
- Judge Elena Abramova announced the verdict.

The actor was taken into custody right in the courtroom, before that he was under house arrest. As it became known earlier, Efremov arrived at the court without his belongings, however, during the court session, a car drove up to his house, into which a bag was loaded, apparently with the actor's things, prepared in advance in case of a verdict with a real term.

During the meeting, the prosecutor demanded from the judge almost the maximum term for Efremov - 11 years in prison with a three-year ban on driving after his release. The defense insisted on the commutation of the sentence, citing as examples the awards of the actor, dependent children, etc. As a result, the judge stopped at 8 years of imprisonment in a general regime colony.

An accident involving a drunken Efremov happened on June 8 in the evening. While driving his SUV, Efremov drove into the oncoming lane and collided with a small van, the driver of which received injuries incompatible with life. Initially, the actor pleaded guilty to the incident, but later refused to testify, saying that he did not remember anything, and he might not have been driving ...
Ctrl Enter
Noticed oshЫbku Highlight text and press. Ctrl + Enter
We are
Mikhail Efremov pleaded guilty to road accident at a court hearingHackers, lasers and poison in the air conditioner: what other versions will be presented at the trial in the case of Efremov
267 comments
Information
Dear reader, to leave comments on the publication, you must to register.