Pensions after the reform: what other guarantees? 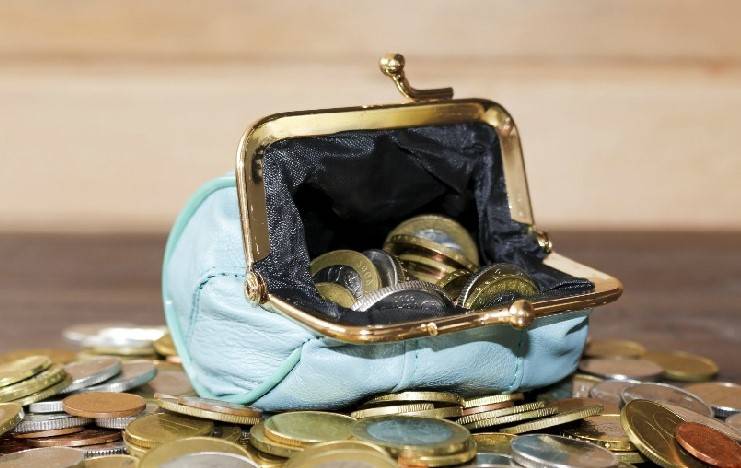 Less than a year later, the Russian Ministry of Finance decided to make retirees happy with long-awaited pension guarantees. The bill, which was developed by Anton Siluanov's department, even has a working title for the next pension innovation: "On a guaranteed pension product."

The document actually had to wait for more than six years, since the individual pension capital (IPC), as you know, was frozen back in 2014 in connection with all known events. But the decision to offer millions of retirees something new, more inspiring and hopeful instead of him was not born until early 2020.

By this time, it became clear that it was necessary to somehow smooth out the negative impression of the pension reform, which had begun to work and it was quite possible to drive hundreds of thousands of people into a dead end, leaving for a well-deserved rest a year and a half later than they could have. 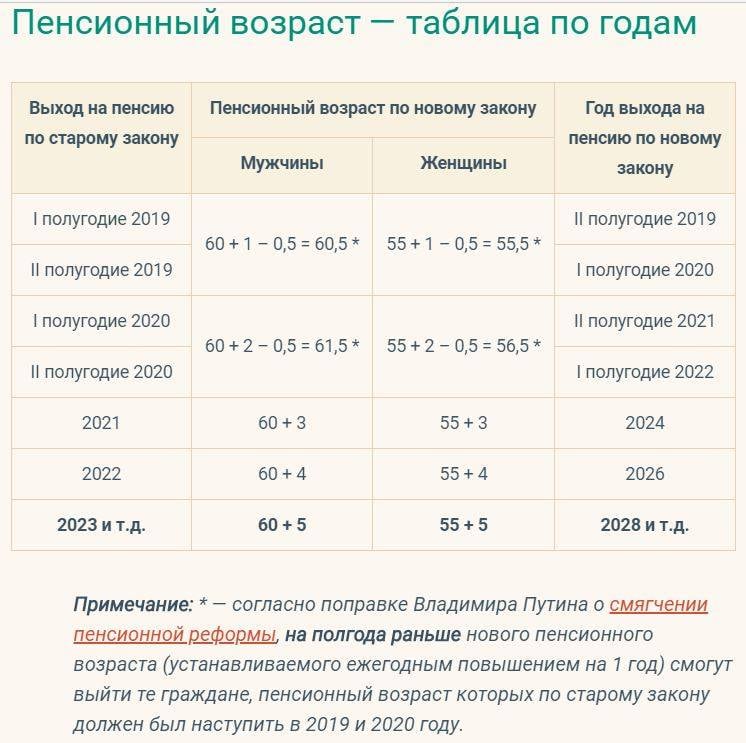 In February 2020, the official flywheel was launched, and the Ministry of Finance began a detailed study of the old idea. But when a large-scale struggle for the health of citizens began, it seemed that the attempt to once again lighten their wallets would be postponed, and postponed for a long time.

There was even a hope that, due to the pandemic and the threat of mass unemployment, the pension reform provisions related to age would be canceled ("Pension reform: not supplement, but cancel"), but employees of the Ministry of Finance continued to work. It's good that not as fast as one could have feared.

There is nothing new in the very desire to create such a system, moreover, enshrined in law, in which citizens will be able to contribute pension savings on a voluntary basis, but, in fact, will become obliged to do so. Something like a voluntary-compulsory mobilization, which has already been used to legalize the notorious fees for major repairs.

Much has been said and written about the fact that future pensioners did not voluntarily contribute during their working life, and the current ones have already contributed much more than they will have time to spend over the years of retirement. A lot has been said and written, and quite officially, also about the fact that pension savings of the past years were eaten by inflation, as well as crises, and, most likely, enemy sanctions.

We were even told that the current pensioners are already being fed by the pensioners of the future. We can say, due to their coming old age. But in our case, the main goal of the new law on the SPP - a guaranteed pension plan, which will be sent from the Ministry of Finance to the Ministry of Labor, is exactly this declared: to create a state program for voluntary contributions.

It is clear that under such a super program it is simply necessary to drive both individuals, that is, ordinary citizens, “for the independent formation of savings,” and business. The documents of the Ministry of Finance say so directly: the project is also suitable "for corporate programs." 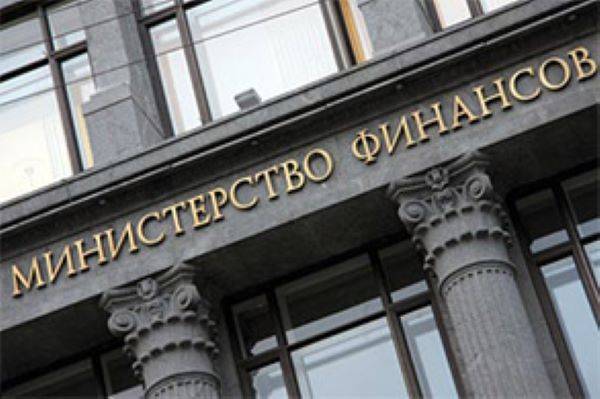 So, the program, sorry for the next repetition, implies the voluntary participation of Russians. This was paid special attention to by the authors in the Ministry of Finance. They even explained how they would stimulate citizens and businesses to join the funded program.

It's as easy as shelling pears: the Ministry of Finance is already planning to introduce a special tax deduction. For this, the program, of course, will have to be coordinated with the tax service. What scope for bureaucratic creativity opens up as soon as we are talking about the possibility of steering billions! Several hundred there, several hundred here.

But in the accompanying documents of the department, all this sounds solid: "Creating incentives both for the independent formation of such savings by employees and for the development of corporate pension programs."

Guaranteed pension product: the same GSP will be offered to the public under the promise of "guarantees of the safety of long-term pension savings of citizens from the state." Let's remember that we were also promised an increase in pensions: almost immediately after the start of the reform, and almost a thousand rubles each year.

... and what they guarantee

Now, when there may already be more unemployed people in the country than pensioners, the very willingness to promise and guarantee something can simply scare many. After all, the same officials of the Ministry of Finance, and at the same time the Central Bank, have been trying to formulate the very essence of the ongoing pension changes since 2016.

Since then, the reform has been cranked, but the essence of something has not been able to explain. And with the reluctance to admit that raising the retirement age is a mistake - the key provision of the notorious pension reform, hardly anything can be done. As you know, we have one course - the right one.

So the federal departments are tormented, they are thinking about how it would be more decent to present the next changes without changes to the public. And it is no coincidence that the Pension Fund itself is in no way involved in most of the innovations, and the Ministry of Finance, the Ministry of Economics, or even the tax service are being puffed up for them.

Citizens' credit of trust in the FIU has been exhausted so long ago that they are ready to communicate with its representatives only because they simply have no alternative. The unique chance to turn everything around as if nothing had happened, which the pandemic gave, seems to have been missed.

Although, if, nevertheless, those in power decide to launch a crazy worldwide flash mob with a universal quarantine again, what the devil is not kidding ... Confused in the new idea is not only the rate on the citizens themselves, but also the amounts that they plan to withdraw from you and me.

Directly the conclusion suggests itself that, as it were, the "starting" 0,96 trillion. rubles recorded for 2021, the Ministry of Finance will either have to collect literally right away, or they are already available. The Finance Ministry, apparently out of habit, does not specify this. And it is not necessary: ​​much knowledge, as you know, only multiplies sorrow.

However, such a postulate is contained in the materials of the financial department: “The Russians must (note: they must, this is voluntary. - Author) to bring almost 1 trillion rubles to the new system of the State Procurement Service. rubles in the first year of its launch ”. 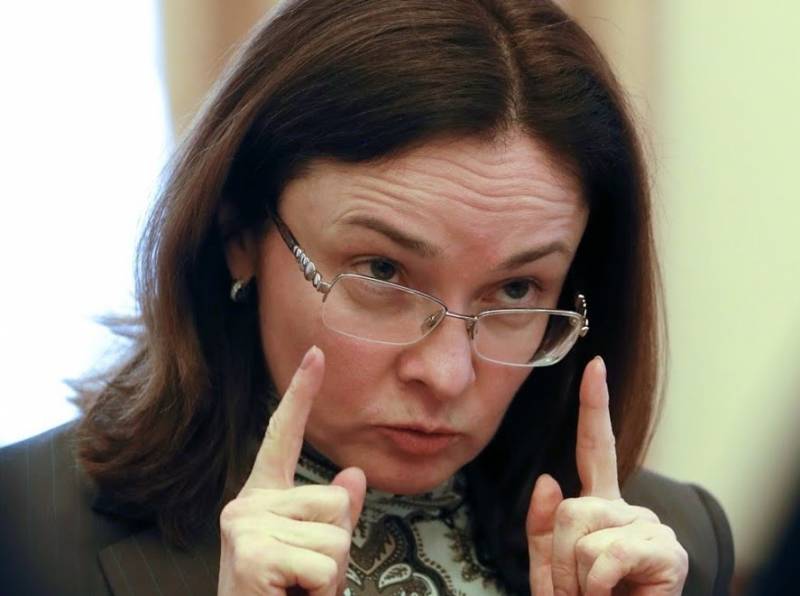 And someone is already impatient to steer the people's billions. Elvira Nabiullina, the chairman of our Central Bank, has already stated claims against them. The other day, she once again repeated her formula voiced seven years ago, even when she took office as head of the Central Bank of the Russian Federation.

As if commenting on the idea of ​​voluntary pension contributions, Elvira Sakhipzadovna recalled that "the Russian economy needs internal sources of long-term money, and long-term forms of organized savings of citizens are a fundamental resource for investment growth."

And this despite the fact that the Central Bank of the Russian Federation has hundreds of billions not of rubles, but of dollars in various kinds of reserves, which, for some reason, are tied to all sorts of restrictions and obligations to the IMF, its own legislation and even, horror, to the American Federal Reserve.

But in conclusion, about the good. The authors believe that it is not possible to hurry with the next pension innovation as it once did with the pension reform itself. The law on a guaranteed pension plan was supposed to be passed in July 2020, and launched in 2021.

Now, most likely, the very adoption and approval of the law will take place closer to 2021, and money will be collected from us at least six months later. And thanks for that!

Ctrl Enter
Noticed oshЫbku Highlight text and press. Ctrl + Enter
We are
Situational analysis of the death of the MH17 flight (Malaysian Boeing 777), made on the basis of engineering analysis from 15.08.2014Results of the week. “In our cooperative, the board is always agreed”
Military Reviewin Yandex News
Military Reviewin Google News
80 comments
Information
Dear reader, to leave comments on the publication, you must to register.