What was ill in Russia in the XNUMXth century: data on the provincial zemstvo hospital of the military department 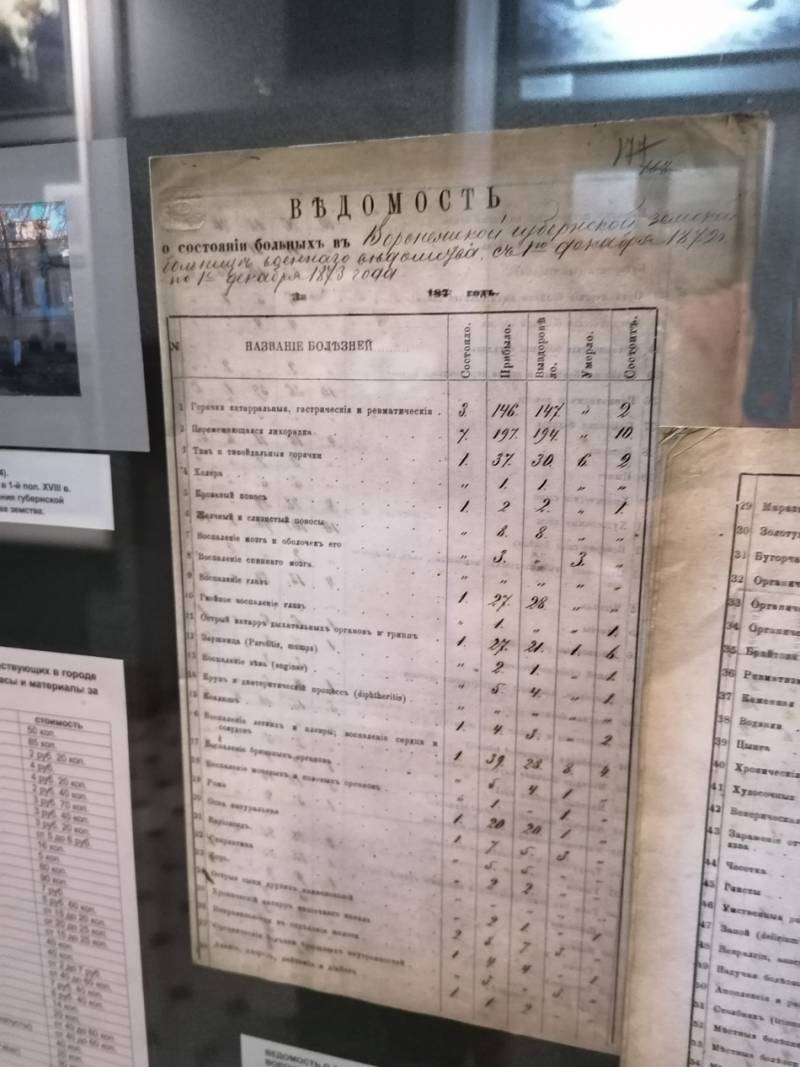 Today, the medical theme prevails on the air - for obvious reasons.


The world is in a waiting stage - will the coronavirus pandemic decline or a second wave will appear. The discussion of the medical topic is also connected with the work on the vaccine. The first vaccine against the new infection was created, as you know, in Russia and was named "Sputnik V". It is planned that vaccination will begin in the Russian Federation in the near future.

In connection with today's events in the world of medicine, it is worth paying attention to historical component of the treatment of patients in our country. In particular, questions about what ailments the inhabitants of Russia suffered many decades ago, what diagnoses the doctors of that time made to patients, may cause some interest.

Consider a unique document as an example. This is a list of the 70s of the XIX century. The official title of the document reads as follows: "Statement of the state of patients in the Voronezh provincial zemstvo hospital of the military department in the period from December 1, 1872 to December 1, 1873" The material contains photocopies of this document.

The list of the Voronezh Museum of Local Lore contains a table with the following data: the name of the diseases (adopted at that time), how many patients were, how many arrived, how many recovered, how many died.

Attention is drawn to the three most common diseases at that time in the Voronezh province among the patients of the said zemstvo hospital. In the first place in terms of the number of arrivals is intermittent fever (197 patients). At the same time, the number of recoveries from this disease in the clinic is 194. Not a single death of patients with this diagnosis has been recorded.

Common diagnoses include various types of fever. Voronezh doctors of the second half of the 146th century describe them as catarrhal, gastric and rheumatic fevers. Part of this classification includes ailments that are today associated with pneumonia (although there are separate statistics specifically for pneumonia). XNUMX patients arrived. The mortality rate for these diseases in the hospital is zero.

In third place in terms of prevalence are venereal diseases. Voronezh hospital indicators - 102 admissions during the year. Died - one person.

Attention is also drawn to the fact that already at that time in Russia the diagnosis of cancer was highlighted. The statement lists five diagnosed cases and three patients who died. 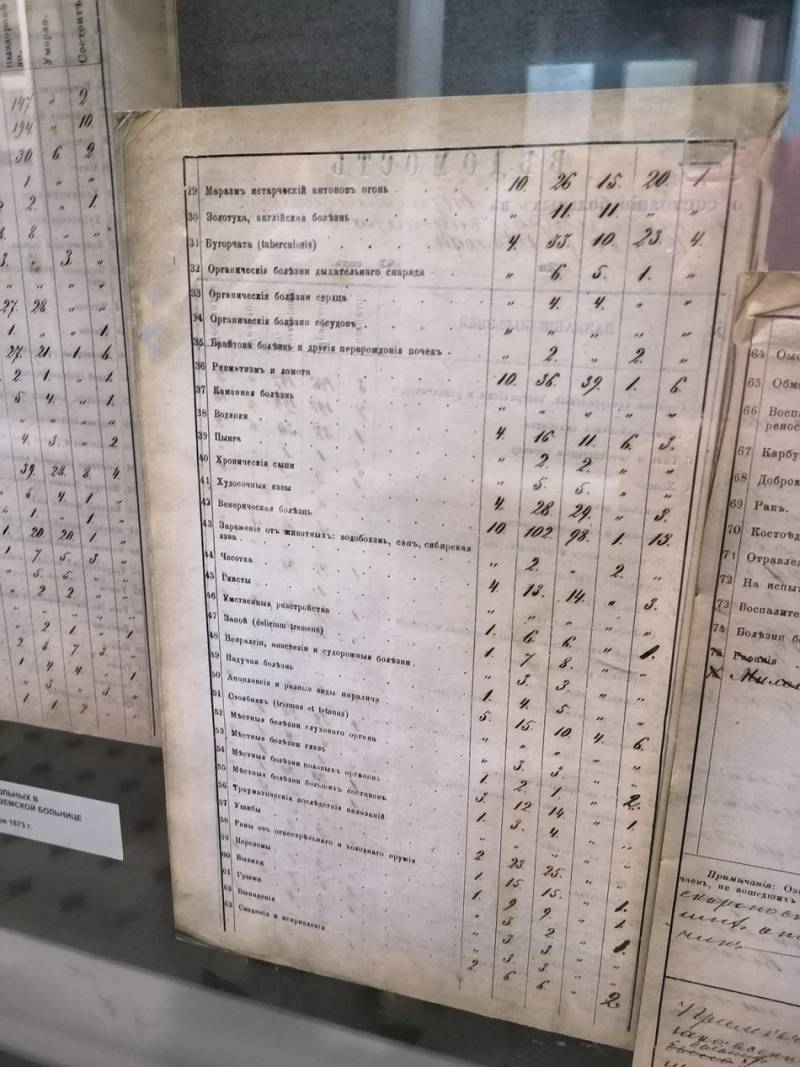 Overall figures for the year in the hospital: 987 recovered with 1073 admissions. 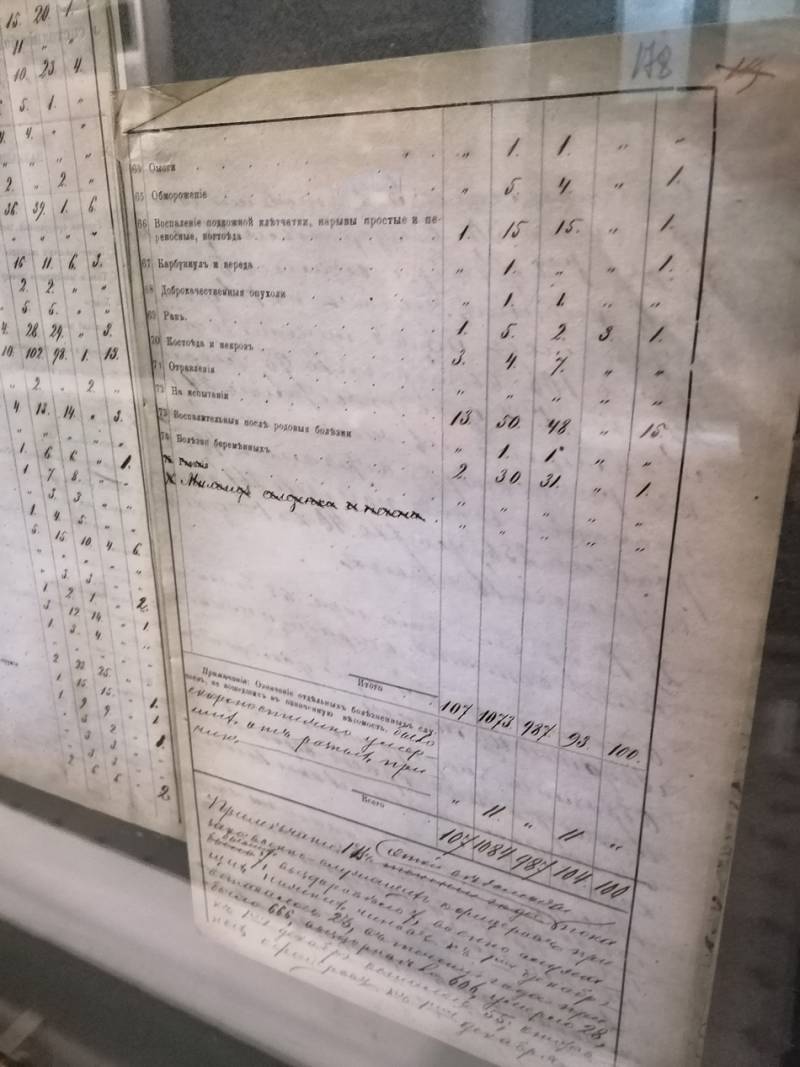 Ctrl Enter
Noticed oshЫbku Highlight text and press. Ctrl + Enter
We are
Chernobyl notebook. Part of 3The hunt for the Blackbird
Military Reviewin Yandex News
Military Reviewin Google News
38 comments
Information
Dear reader, to leave comments on the publication, you must to register.