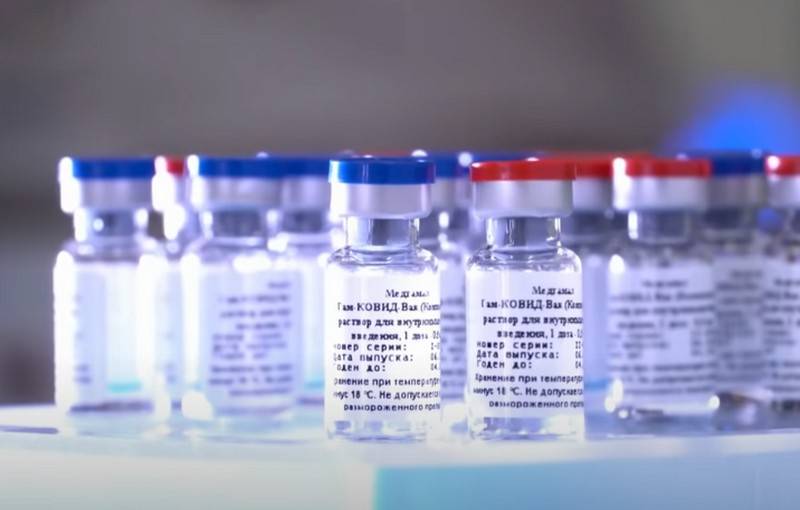 The Russian Sputnik V coronavirus vaccine has been released into civilian circulation. This was reported by the press service of the Ministry of Health.


According to the Ministry of Health, the first batch of vaccine developed by the National Research Center for Epidemiology and Microbiology named after Gamaleas, prepared for the vaccination of the civilian population. At the first stage, the population from risk groups, in particular teachers and doctors, will be vaccinated. In the near future, the supply of the new drug will begin to the Russian regions.

The first batch of the vaccine for the prevention of a new coronavirus infection "Gam-Covid-Vac" ("Sputnik V") has passed the necessary quality tests in the laboratories of Roszdravnadzor and released into civil circulation
- said in a statement.

It is emphasized that the anticoid vaccine passed all the necessary laboratory tests, during which it formed a stable immunity in one hundred percent of the test participants, while not causing serious undesirable consequences.

Earlier it was reported that vaccination of the population from risk groups will be carried out in parallel with post-registration clinical trials.

The Gamaleya Center noted that vaccination of most of the Russian residents of Russia can take from 9 to 12 months.
Ctrl Enter
Noticed a mistake Highlight text and press. Ctrl + Enter
We are
Production of a vaccine against coronavirus infection began in RussiaRussia is the first in the world to register a vaccine against coronavirus
226 comments
Information
Dear reader, to leave comments on the publication, you must to register.