Nord Stream 2 and Germany. With Navalny instead of gas? 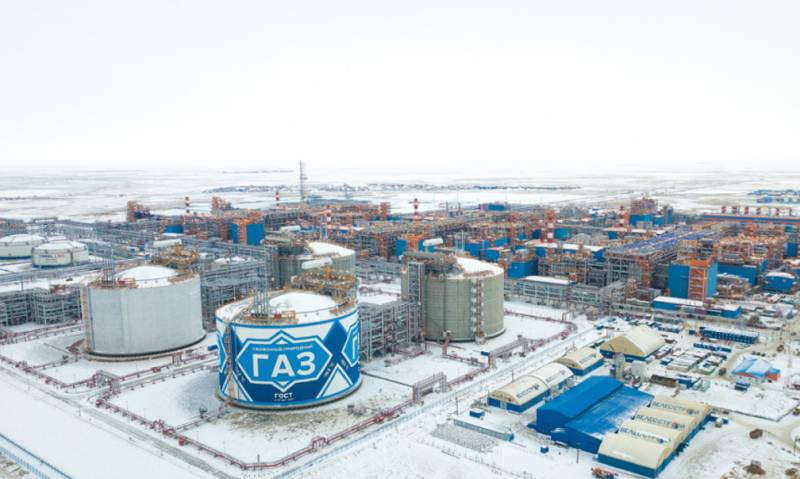 In 2015, if my memory serves me right, Vladimir Putin said beautiful words: "If a fight is inevitable, you must hit first!" Our president, by his own admission, took this wisdom from the Leningrad streets half a century ago. Then on "Valdai" they talked about terrorism and the military operation of our Aerospace Forces in Syria. Today the same principle is gaining relevance for a completely different reason: Russia is being beaten again, moreover with a backhand, and even meanly, without any rules. And we are not even talking about the first, preemptive strike, but about self-defense.


The obvious provocation of the West is aimed at bringing our country to final submission, to a complete rejection of attempts to influence the fate of even the very near abroad, called the post-Soviet space. There is not the slightest doubt that the clumsy farce with Navalny's "poisoning" is revenge for the failure of an attempt to arrange a "color revolution" in Minsk. The main subject of blackmail in this case is not even the next international sanctions, of which a great many have already been introduced against us, but a very specific project: the Nord Stream 2 gas pipeline.

However, who said that the collapse of this truly difficult and long-suffering undertaking will most painfully hit our country? Why doesn't Moscow seize the initiative and finally try to turn its own against the West? weapon? Do you think this is impossible? In vain. Already now, German politicians are experiencing a split of unprecedented depth, and precisely because of the issue of Navalny and Nord Stream 2.

It is quite expected that all sorts of oppositionists are actively promoting themselves on the "hot" topic. For example, Agnieszka Brugger, deputy leader of the Greens in the Bundestag, says that "the end of the pipeline project will be a proportionate response to the poisoning." She is also warmly supported by the official representative of the parliamentary faction of the Free Democratic Party on foreign policy Bijan Jir-Saray, who claims that construction in the Baltic "must be urgently stopped."

Some representatives of the ruling coalition are already saying something similar. In particular, the candidate for the post of head of the Christian Democratic Union and the head of the foreign affairs committee in the Bundestag, Norbert Röttgen, as well as the head of the European People's Party group in the European Parliament, Manfred Weber, “admit the end of Nord Stream 2”. Nevertheless, German Chancellor Angela Merkel continues to adhere to the previously stated position: "Navalny is separate, the gas pipeline is separate." Alas, Frau Chancellor is increasingly being urged to change her mind. Its representative, Steffen Seibert, said just yesterday that the head of the government "is inclined to agree with the words of the foreign minister," who, we recall, made it clear at the end of last week: "Berlin can change its position on the pipeline if Moscow's actions force him to do it." ...

Heiko Maas is easy to say. His business is diplomacy. But Merkel, if something happens, will have to deal with at least representatives of those German and European companies, whose multimillion-dollar investments in the construction of Nord Stream 2 will go down the drain along with hopes for future profits. And that's only half the problem. Not so long ago, the heads of government of the states of North Rhine-Westphalia and Saxony, Armin Laschet and Michael Kretschmer, openly and very sharply opposed even the very idea of ​​"freezing" the construction of the gas pipeline, and even more so a complete rejection of it. If Frau Chancellor follows the lead of those eager to punish Russia, not the Russians will say “thank you very much” to her. And just the Germans, who will definitely not like this decision.

And here is the time for Moscow to show its character! Are you making totally trumped-up charges against us? Trying to threaten and twist your arms? So you won't get a gas pipeline or gas! This can and should be approximately the reaction of the Kremlin to the unfolding Russophobic bacchanalia. Shall we chop off the branch on which we ourselves are sitting? Let's play into the hands of the United States and its plans to expand American energy resources into Europe? Far from being a fact. Yes, Donald Trump has already rushed to express his most ardent support for the termination of the pipeline. But what will he do with Russian LNG?

According to a statement made at the beginning of this year by the head of the Russian Ministry of Energy, Alexander Novak, by 2035 Russia could well increase the production of liquefied "blue fuel" to 100, or even up to 120 million tons per year. There are real preconditions for the implementation of such grandiose plans. This is the launch of new lines at Yamal LNG, the construction of new colossal enterprises: Baltic LNG, Sakhalin-2 and Arctic LNG. The latter is of particular importance, since it is the liquefaction of gas in the Far North, coupled with its transportation along the Northern Sea Route, that will actually allow delivering our fuel to European markets without competition.

Trump (or whoever will be sitting in the White House next year) can gloat about Nord Stream 2 as much as he wants, but in 2019 the United States barely managed to take the third place in LNG supplies to Europe, in the last quarter displacing the their all year round Nigeria and Algeria. Russia, on the other hand, confidently and with a large margin took second place, losing only to Qatar. And all this without the projects mentioned above. Moreover, taking into account the fact that a few years ago there was no Russian LNG on European markets as such.

Yes, we will have to do a lot: develop production, improve infrastructure, build our own tanker fleet. However, our country can do all this by itself, without becoming dependent on extremely unreliable "partners" who subsequently try to take by the throat, using joint projects as leverage.

Perhaps pipelines are indeed the last century. The experience of the last two “great projects”, Turkish Stream and Nord Stream 2, shows that such expensive international projects too easily turn from a source of potential profit into sources of a very real headache.

Perhaps Moscow really should, seizing the moment, show firmness and even toughness, especially since the current conjuncture of energy prices in Europe does not really stimulate the forced launch of Nord Stream 2. I wonder how Berlin will like the prospect of being left without gas? With one Navalny and his own ambitions?

Ctrl Enter
Noticed oshЫbku Highlight text and press. Ctrl + Enter
We are
About Stalin and KhrushchevWhat you didn't want to know about England
Military Reviewin Yandex News
Military Reviewin Google News
194 comments
Information
Dear reader, to leave comments on the publication, you must to register.