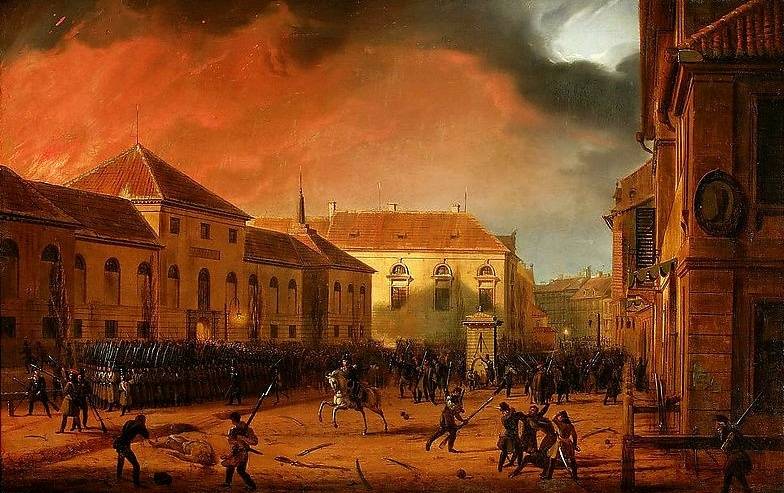 The capture of the Warsaw arsenal

Poland during the reign of Alexander I

In 1807, Napoleon created the Duchy of Warsaw and granted the Poles a constitution that consisted of 89 articles in 11 chapters. Article 4 reads: "Slavery will be destroyed"... The Poles sided with Napoleon and fought side by side with the French, including in the war of 1812.

With the defeat of Napoleon by the allied forces, the victors took up the solution to the Polish question, and it became the object of internal struggle at the Congress of Vienna, which opened in 1814. In the negotiations on the Polish question, Russia's claims were reinforced by its military might and the victories won over Napoleon. Alexander wanted to take the Duchy of Warsaw and become sovereign there.

Alexander often turned to the Poles and said that he forgave them for helping Napoleon and would create for them their own state with a liberal constitution. Alexander's promises had a positive effect on Polish society and put him on the side of Russia. In March 1815, Napoleon fled Elba and became emperor again, thus provoking a new war. This became an incentive to revitalize the work of the congress and find a compromise between the participants. Soon, the congress passed a decision to establish the Kingdom of Poland under the scepter of the Russian emperor.

On May 25, 1815, Alexander I announced the gift of Poland "The most liberal constitution"... The Constitution proclaimed all freedoms, provided civil rights to the Poles. However, the Russian society received this news without enthusiasm. People complained that the powerful empire did not have a constitution that was bestowed on the Kingdom of Poland; the latter was accused of excessive loyalty to those who, more recently, were considered enemies.

It soon became clear to everyone that the autocratic system could not exist in parallel with the constitutional one. Alexander increasingly began to make decisions without taking into account the opinion of the Poles, which contributed to the creation of the opposition. The existence of the opposition angered Alexander. He didn't like that "The diet reads notations to the government". 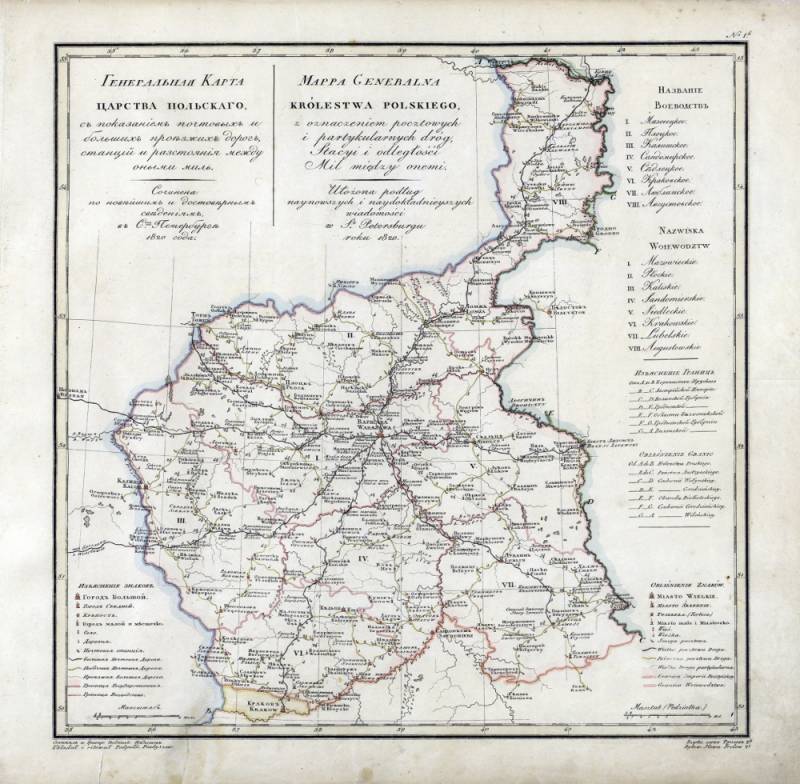 Kingdom of Poland on the map
Alexander introduced censorship, abolished Masonic lodges, introduced corporal punishment in the army. According to Czartorizhsky, all this created "Fear and obedience system" and contributed to the fact that the old antipathy of the Poles towards the Russians "Turned into hate".

Throughout the 1820s, hatred of Russia increased, which contributed to the creation of underground circles, societies, and associations aimed at the freedom of Poland. One of the leading societies was the Patriotic Society, founded in 1821 by Lukasinsky.

After the end of the Diet in 1825, the situation was extremely tense; cases of evasion from military service became more frequent, in a number of cities there were demonstrations of peasants who demanded the abolition of corvee.

After the death of Alexander I, the situation in Poland became especially aggravated. The patriotic society entered into an alliance with the Decembrists. Its members were imprisoned, their fate was to be decided by the Investigative Committee, a body that violated the Polish Constitution.

There were rumors in Polish society that Nikolai wanted to destroy the autonomy of Poland, as well as to close the Warsaw University, where revolutionary ideas circulated among students. 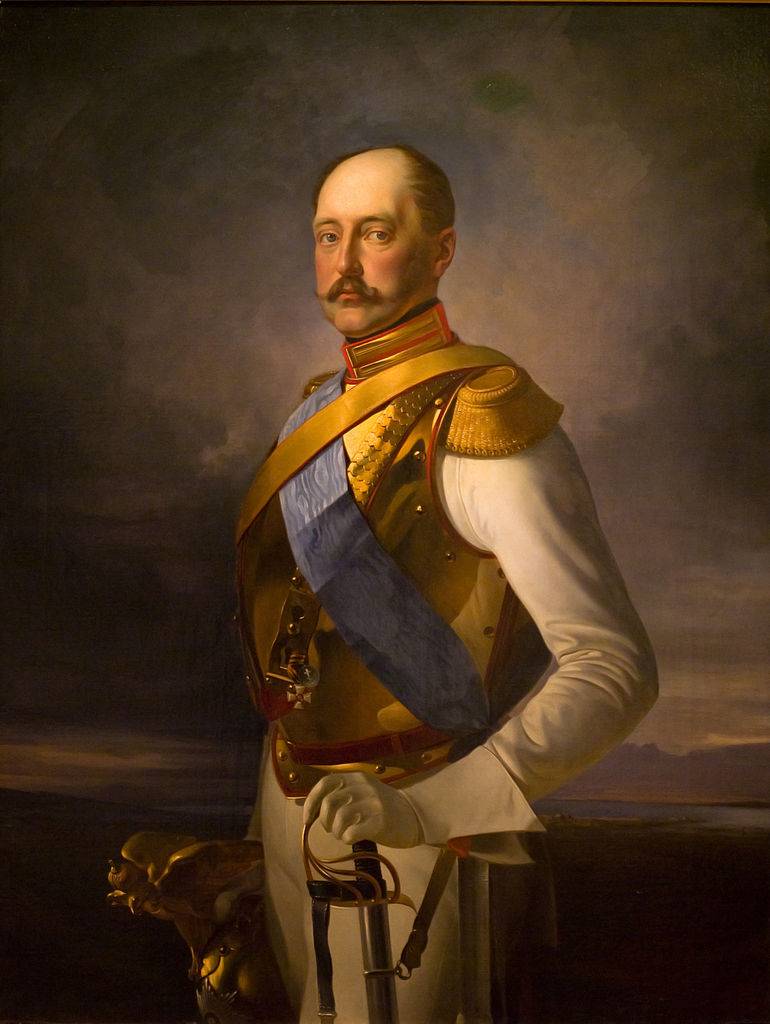 Emperor Nicholas I
The Diet of 1830, which was the last chance to negotiate with the emperor, did not live up to expectations. The deputies advocated the exclusion of politicians who were under the direct influence of St. Petersburg from power, advocated freedom of judges, the emperor's preservation of Poland's autonomy, etc.

After the Sejm, the Poles realized that freedom can only be gained through revolution. The Poles hoped for the support of France, where society was with both hands for the Poles and considered the actions of the Russian authorities unacceptable. Already during the uprising, France hesitated a lot, but in the end the French authorities did not dare to spoil relations with powerful Russia, and at the end of the uprising France kindly rescued and protected the fleeing Poles, including the leader of the uprising - Czartorizsky.

Undoubtedly, the existence of an autocratic and constitutional order at the same time is impossible. Alexander decided to play at the constitutional sovereign, but it turned out for him, to put it mildly, unsuccessfully. Seeing the revolutionary movement in the area of ​​the Pyrenees, Alexander became very frightened and began to destroy the rights of the Poles. Every year the rights of the Poles were infringed upon, and the governor of the kingdom mocked the population in every possible way. After the failure of the uprising, the Kingdom of Poland lost its autonomy forever, and the constitution was abolished.

Ctrl Enter
Noticed oshЫbku Highlight text and press. Ctrl + Enter
We are
Polish Question: Lesson of the Congress of Vienna for Modern RussiaVasily Kashirin: Russian troops entered Bessarabia and liquidated the Bujak Tatar horde at the start of the Russian-Turkish war of 1806-1812.
Military Reviewin Yandex News
Military Reviewin Google News
84 comments
Information
Dear reader, to leave comments on the publication, you must sign in.