Decommunization in the Ukrainian army: emblems with a crescent moon and stylization of the Star of David appear 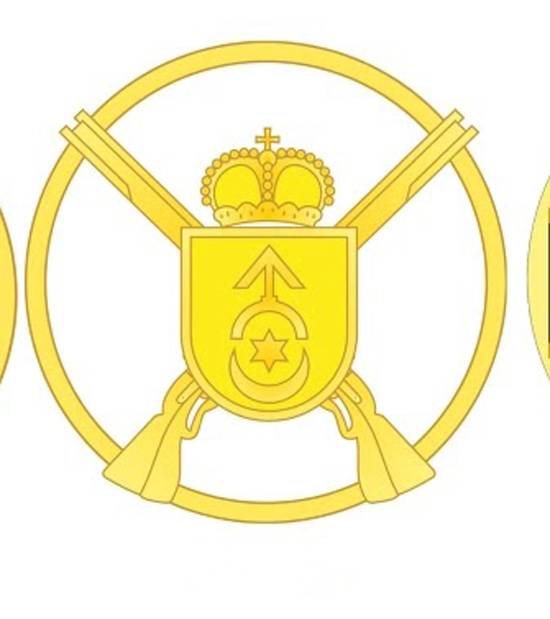 In Ukraine, it is proposed to extend the practice of receiving chevrons and other insignia to all units of the Armed Forces of Ukraine, including individual battalions and brigades.


As an example, it is proposed to use the symbols that are already used by a number of battalions and brigades of the National Guard and the armed forces of Ukraine, including the 24th Omba named after King Daniel (in the figure below - the option under the number 3). The emblem of this brigade depicts a crowned lion walking on two legs.

The 30th separate mechanized brigade named after Prince Konstantin Ostrog received special emblems for berets for military personnel. The emblem depicts crossed guns under the imperial crown. In front is a shield, on which you can see an image with a 6-pointed star - a variation of the Star of David, a crescent and a symbol that is similar to the designation of the male sex. The figure below shows the option number 5.

The ideologists of the use of new symbols in the power units of Ukraine say that such symbols "express historical continuity in the country's army. "The only continuity, from which Ukraine is trying with all its might to get away, is the Soviet one. The Ukrainian Armed Forces notes that decommunization and de-Sovietization in the army are in full swing, and one of the proofs is the emergence of new symbols, which they cannot understand and the servicemen themselves.

For mountain infantry soldiers, as stated, it can be used as a symbol of edelweiss. At the same time, it was added that "such a symbol is characteristic of the mountain units of the European armies - Italy, France, Germany." This option was named suitable, since Ukraine is striving for NATO.

Ctrl Enter
Noticed oshЫbku Highlight text and press. Ctrl + Enter
We are
Summary of the week from voenkor Mag about events in the DNI and LC 21.04.18 - 27.04.18Summary of events in the DPR and LPR for 14.04.18 - 20.04.18 from the military commissar "Mag"
Military Reviewin Yandex News
Military Reviewin Google News
86 comments
Information
Dear reader, to leave comments on the publication, you must to register.