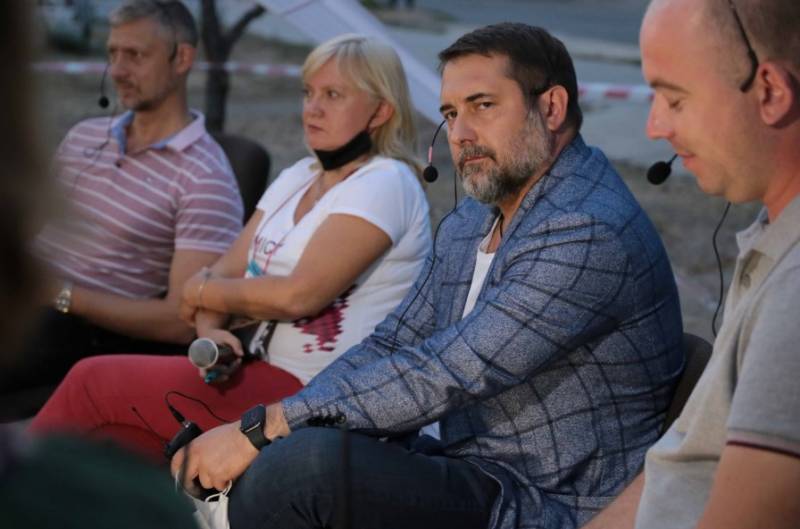 
Gaidai made this statement to journalists in Severodonetsk, which now plays the role of the capital of the Luhansk region in Ukraine.

The official believes that it was the economic blockade that led to the termination of the circulation of the hryvnia in the LPNR:

The hryvnia is no longer in use there, there are dollars and rubles. The hryvnia is also a definite link to Ukraine.
The Council of National Security and Defense of Ukraine announced the termination of transport links with the republics and the cancellation of the movement of goods in March 2017.

In Kiev, the proposal of the head of the Lugansk Regional State Administration has not yet been officially commented on.

Ctrl Enter
Noticed oshЫbku Highlight text and press. Ctrl + Enter
We are
Reports from the militia of New Russia for 27-28 September 2014 of the yearReports from Strelkov Igor Ivanovich 22-23 July 2014 of the year
25 comments
Information
Dear reader, to leave comments on the publication, you must to register.