Demographic situation in Europe: bad and will be even worse 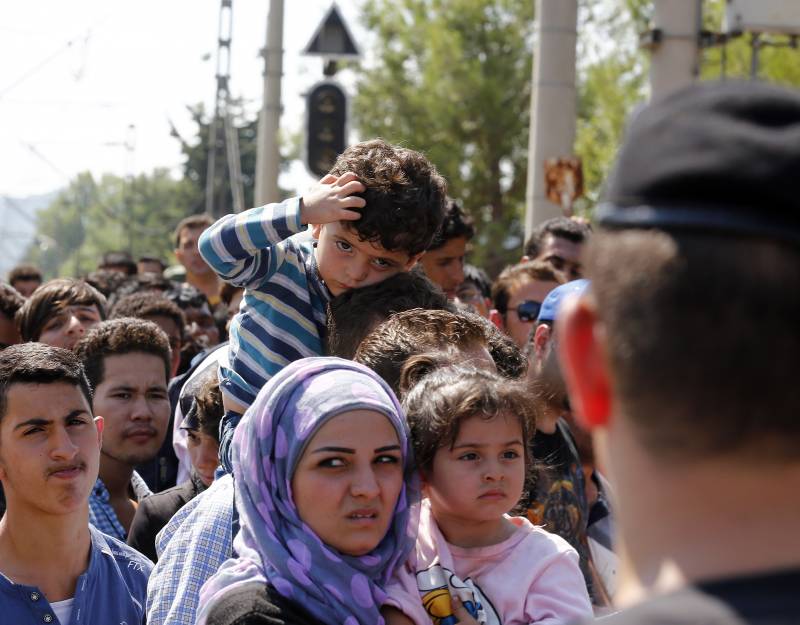 The significant decline in the coronavirus pandemic made the world recall the problems that have receded into the background for a while, albeit less acute today, but no less painful. One of them is the rapid deterioration of the demographic situation around the world, and, in particular, in the Old World. In many European states, the alarm is again beginning to sound that their population is at risk of disappearing over time, and without any wars or deadly epidemics.


The article published on September 5 in the Polish Internet edition DoRzeczy.pl has a frightening title: "Poland is dying out." Its author, Yan Fedorchuk, cites really shocking data from Eurostat, according to which in ten years the country will lose a million people, and by 2100 its population will decline by all 10 million. There is, however, an even more pessimistic forecast - from the experts of the American medical journal The Lancet, who believe that by this time only 13-15 million Poles will remain. Alas, this trend is confirmed by the results of studies conducted in Poland itself, according to which the birth rate there fell in 2019 to its lowest level since the end of the Second World War.

It must be said that the impending prospect of aging and extinction of entire nations is by no means an exclusively Polish problem. Almost all international organizations are vying with each other about the mortal danger in which human civilization is located. The number of childless couples in the world exceeded the number of families with children in 2012: according to Euromonitor, from 2015 to 2030, the number of children per family could decrease by 20% in developed countries and by 15% in developing countries. However, with regard to the number of the "cells of society" themselves, everything is also far from favorable: in most European countries (for example, in Britain), the number of marriages over the past 30-40 years has decreased by half, and the average age of "newlyweds" has grown to about 40 in men and 35 in women. What kind of children are there?

Demography is an exact science. Experts in this field have long calculated that the final process of disappearance from the face of the Earth of the human race will begin when the average birth rate in the world reaches 2,1 children per family. In 1990, it was 3,2, and in 2019 it was only 2,5. If the business continues to progress at the same pace, we risk taking a place in the junkyard rather quickly. stories next to mammoths, dinosaurs and other extinct species.

In addition, this misfortune has a pronounced economic component, which is especially relevant, again, for Europe. Analysts of the Organization for Economic Cooperation and Development (OECD), which includes 34 states, are inclined to believe that by 2030 the number of workers in the developed countries of the Old World will decrease by 20-40%. The number of pensioners will increase accordingly. But who will keep them? In Germany, for example, the retirement age will be increased to 2023 by 67 (with the prospect of increasing it to 70) not because of a good life. In Scandinavia, by 2035, they will most likely go on a well-deserved rest at 72 years old. Here is one of two things: either a large offspring, or work until the very old years.

In some states of the European Union, they are trying to solve the problem in the simplest way - through the influx of migrants. Nevertheless, one cannot but admit the correctness of the above author DoRzeczy.pl, who believes that this is an "obvious and simple path" ... leading to nowhere. Yan Fedorchuk quite rightly asserts that "individuals, not the masses" are assimilated, and therefore, attracting millions of immigrants from the Middle East or Africa to the empty countries of Europe will mean not only their inevitable "destabilization", but also, in fact , crowding out the aging indigenous population by newcomers.

Fedorchuk considers the illusion that the demographic problems in modern Europe can be solved with money as an equally dangerous delusion. He writes that "in fact, social transfers help win elections, but not increase the birth rate", citing the example of the Family 2015 Plus program launched in 500 by the ruling PiS party, despite which the country continues to show negative demographics.

In the end, the Polish journalist makes a very bitter and hard-hitting conclusion: it's not about money, but about the modern world, which “has ceased to be family-oriented,” in the center of which are not traditional conservative values, but a “liberated personality”. Children have ceased to be the main ones in a society built on extreme egoism, which, moreover, "is combined with emancipation, secularization and, finally, with the dominance of individualistic vulgar models." It is difficult to argue with these theses. And why argue with them, if everything said is pure truth?

The "values" and "ideals" for which Europe fought so long and desperately, being embodied in life, ultimately bring it mercilessly to the grave. Perhaps this is something worth pondering over for those who are persistently trying to achieve the enthronement of the same "wonderful" principles and ideas in our country.

Ctrl Enter
Noticed oshЫbku Highlight text and press. Ctrl + Enter
We are
Interview of V. Putin to Channel One and the Associated Press AgencyWhat you didn't want to know about England
Military Reviewin Yandex News
Military Reviewin Google News
167 comments
Information
Dear reader, to leave comments on the publication, you must to register.