Bye weapons? Americans are waiting for a pacifist president 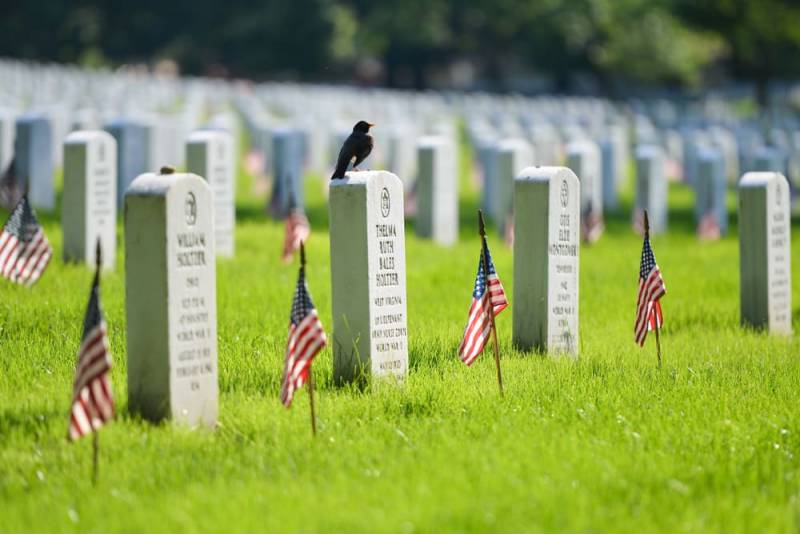 The hot spots created by the United States on the world map have long been the site of death of thousands of American troops. So, in Iraq, the war claimed more than 4,5 thousand lives of soldiers and officers, and in Afghanistan, about 2,4 thousand were lost. Do not forget about the tens of thousands of wounded, many of whom returned home disabled. So, in Afghanistan, about 20 soldiers were injured of varying severity. We must pay tribute to the US Army: in its anti-terrorist operations, if we assess the ratio of enemy losses, it acted extremely effectively. They took care of their soldiers as best they could, but not very much those around them. The Americans killed up to 660 thousand militants of various kinds in Iraq and Afghanistan, and since 210, the civilian casualties have already exceeded half a million people. At the same time, tens of thousands of indirect victims associated with the consequences of unsanitary conditions and destruction of the infrastructure of settlements are not taken into account.

War is associated not only with losses in manpower, but with enormous costs. In the Afghan conflict, which will soon turn 20 years old, the US Army spent more than $ 2010 billion from 2012 to 100. And this is only according to official data. Even in recent years of relative calm and moderate presence of the American military, the Pentagon spent $ 30-40 billion a year. There were also very peculiar expenses. So, since 2002, American taxpayers have subsidized the fight against the Afghan drug industry in the amount of $ 1,5 million a day! Strikingly, by 2017, the area under opium poppy cultivation in the region reached its maximum. Either the money did not reach its goals, or it was spent not at all on the fight against the Afghan drug mafia.

All of the above has become a serious argument for public opinion in the United States in a conversation with the authorities. First of all, Americans are worried about the loss of soldiers on the fronts of distant wars. Even the most militant public will not be convinced by dubious dividends: protection from world terrorism and the cultivation of democracy in the once feudal states. The Pentagon has long had nothing to frighten the public with. A lot of time has passed since the terrorist act of September 2001, modern Americans began to forget history with kamikaze planes. A new horror story is needed to justify sending more and more combat units to pacify objectionable governments. Sober and calculating Americans do not yet see such motives for military aggression. 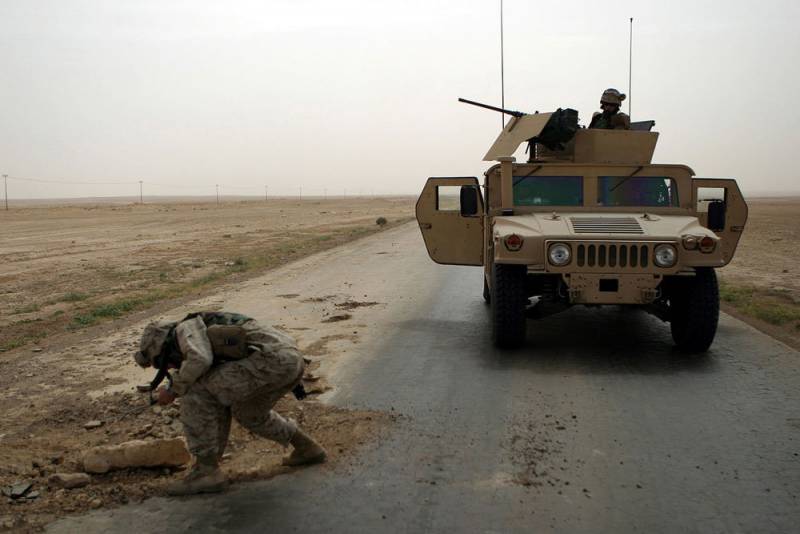 Source: rg.ru
The second reason why the American public is no longer ready to sponsor belligerent presidents is the growing problems within the country. A pandemic that Trump is barely coping with, the associated economic crisis and the unsettling Black Lives Matter movement: addressing these issues should be a priority for the newly elected president for the next few years. Most likely, Donald Trump will extend his powers and, following the mood of the electorate, will have to adjust the militaristic foreign policy. And the first steps in this direction have already been taken. Taking into account the record fall of the US economy (in the second quarter - by 33%), the Pentagon proposes to reallocate resources for the purchase of new equipment. A new methodology for assessing the price / performance ratio was even developed (by analysts David Deptul and Douglas A. Birk), according to which the most high-tech products ultimately turn out to be the most profitable for taxpayers. It remains only to convince everyone of this. However, this is not all that ordinary Americans expect from the new government.

An idea that unites

The pacifist rhetoric that has been in American society for many years has found its statistical embodiment in a study by the Charles Koch Institute. This research center has been engaged in political and economic projects since 2011. In July of this year, the institute awarded a grant to the YouGov group to conduct a large-scale study of the mood in American society before the presidential election. The results of a survey of two thousand respondents revealed interesting trends.

First of all, the Pentagon got it. Demands on subsidy cuts were the leading responses to questions regarding the future funding of the military. 46% of respondents were in favor of an early withdrawal of troops from Afghanistan, and 44% - from Iraq. These are the most popular answers to questions in this category. The trend of support for the withdrawal of the military from these states is growing in the American public from year to year.

Now about the Old World. The Americans propose not to rush to withdraw the contingent of US troops in Europe and leave it at the same level. The respondents' rhetoric regarding China and Iran is more belligerent: 48% to 56% consider these countries to be hostile to the United States. About the possible military intervention of the Pentagon in the conflict between China and India, US citizens are more united than ever: 62% are against. No one among the respondents is particularly inclined to defend Taiwan against possible Chinese aggression. In addition, citizens do not believe in the relevance of NATO as an effective power bloc and have not finally decided on the inclusion of Ukraine in this military alliance. Here, most likely, weak propaganda on this issue played a role. If the United States shouts about hostile China and Iran from every iron, the problem of Ukraine looks smoothed out. Therefore, it is difficult for an ordinary American to decide whether to defend the Eastern European power from Russia's "aggression" or not. The answer “I don’t know” was often the most popular among the research participants. For example, the results of the answer to the question "Which proposal do you agree with the most?":

30%: retired officers should play a large role in politics.
24%: retired officers should play a smaller role in politics.
46%: I don't know.
Finally, the survey found that 75% of those surveyed urge the US government to prioritize domestic issues over foreign policy issues. The most interesting thing is that the Americans are not particularly worried about the chaos that their own troops have caused in Afghanistan and Iraq. The main thing on the agenda is saving the lives of soldiers and saving money. They prefer not to remember the victims among the local civilians in the United States. Requirements include fewer ground operations and more remote warfare using an unmanned aviation and cruise missiles. 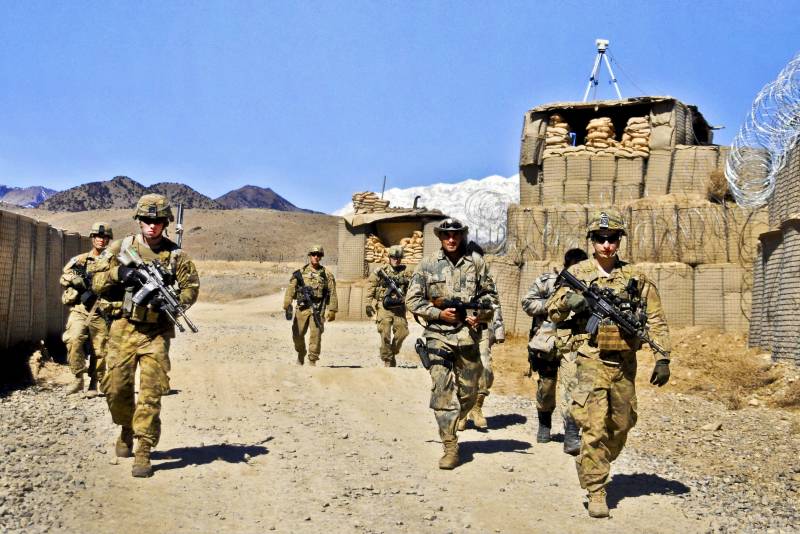 Source: wikimedia.org
I must say that the results of the sociological survey are in many respects similar to the liberal course, which the Charles Koch Institute itself adheres to. Dr. William Ruger, VP of Research and Policy, said of the survey results:

“Given how polarized the country is on many other issues, it is striking how united Americans are in ending our endless wars in the Middle East, prioritizing domestic issues over foreign ones and avoiding military involvement in conflicts abroad. For almost twenty years our country has been waging costly and often unnecessary wars abroad, while internal problems have not been resolved. With all this, the desire of American society to moderate the foreign policy ambitions of the United States is certainly a positive sign. "
The pacifist attitude of the Americans, of course, is perceived positively by the rest of the world. However, there are a lot of pitfalls here too. Having stirred up a lot of hot spots around the planet, the American troops, in pursuit of approval from their own society, will irresponsibly leave them to their fate. It will take years, maybe decades, before the internal power struggles in these regions lead to peace. And it is possible that after solving the internal problems in the country, the Americans will again remember the exclusive role of the United States in the world political arena.

Ctrl Enter
Noticed oshЫbku Highlight text and press. Ctrl + Enter
We are
Situational analysis of the death of the MH17 flight (Malaysian Boeing 777), made on the basis of engineering analysis from 15.08.2014Syria: Americans scare themselves, and Asma Asad buys chairs
Military Reviewin Yandex News
Military Reviewin Google News
21 comment
Information
Dear reader, to leave comments on the publication, you must to register.