New corvettes of project 20380 will receive the Zaslon radar system 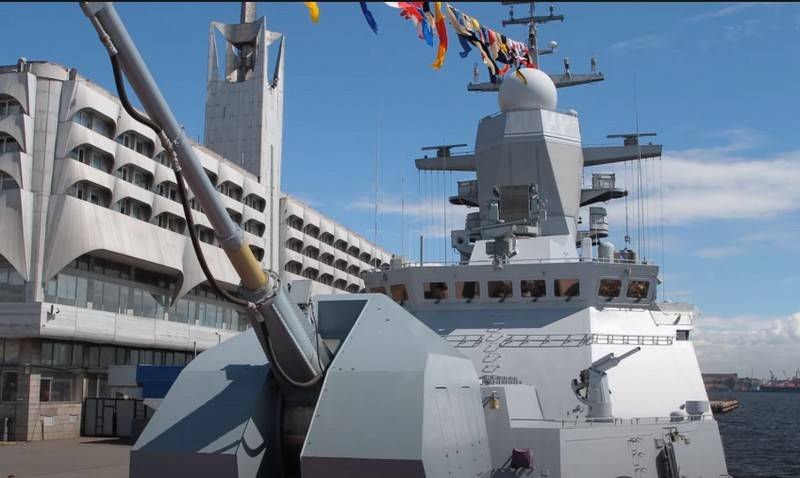 New corvettes of project 20380, the contract for the construction of which the Ministry of Defense signed at the end of August this year, will receive the Zaslon radar systems. Reported by "News" with reference to the military department.


Within the framework of the Army-2020 forum, the Ministry of Defense signed a new contract for the construction of project 20380 corvettes. The parameters of the contract were not disclosed, but it was previously reported that "about a dozen" new ships would be built, most of which will go to the Pacific Fleet. The ships of the new series planned for construction will receive Zaslon integrated radar systems, capable of detecting stealth vehicles at a distance of 75 km, and simpler targets at least 300 km away.

The fact that the corvettes of the new construction will receive a multifunctional radar complex "Zaslon" with the placement of fixed antennas in a tower-like superstructure, similar to the corvettes of the 20385 project, was reported earlier. At least, such a complex is installed on the corvettes "Zealous" and "Strogiy", which are being built at the "Severnaya Verf" in St. Petersburg, as well as "Aldar Tsydenzhapov", built at the Amur Shipyard for the Pacific Fleet.

Earlier, Deputy Defense Minister Alexei Krivoruchko said that the military department had signed a new state contract for the construction of Project 22350 frigates and Project 20380, 20385 corvettes.

Meanwhile, it became known that Project 21631 Buyan-M small missile ships and Project 11661 Gepard patrol ships will be upgraded with an increase in the ammunition load of the Kalibr cruise missiles. RTOs will receive 16 missiles instead of 8, and patrol ships - 24.
Ctrl Enter
Noticed oshЫbku Highlight text and press. Ctrl + Enter
We are
Reports from the militia of New Russia for 27-28 September 2014 of the yearInterview of Vladimir Putin with Radio Europe-1 and TF1
82 comments
Information
Dear reader, to leave comments on the publication, you must to register.