The DPR has carried out the operation of express enrichment 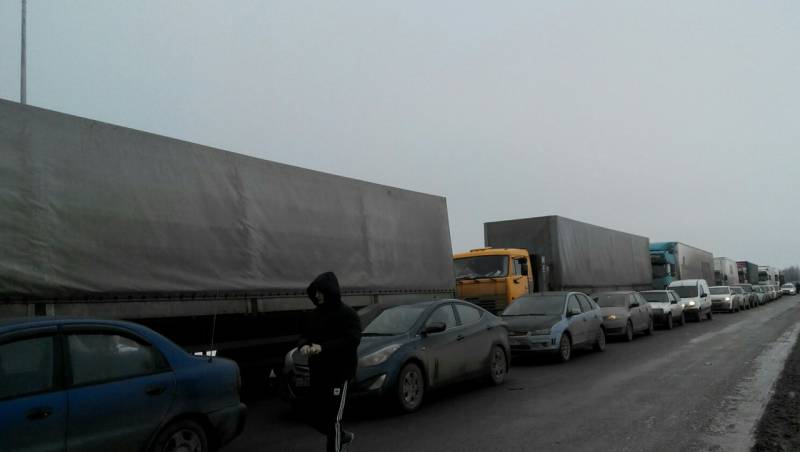 On May 26, 2020, the People's Council of the DPR adopted amendments, according to which the republic was to switch to the commodity nomenclature of foreign economic activity of the Eurasian Economic Union. Later, on August 28, Resolution 48-1 was adopted "On granting temporary exemption from payment of import customs duties in respect of goods whose country of origin is the Russian Federation", which implied the abolition of duties on the import of Russian goods. However, a few days after the abolition of import duties, it turned out that the decree was canceled, and its implementation was postponed to the summer of 2021. Somehow, Donetsk legislators managed to abolish duties not on the entire range of goods, but only on 380 out of 2500 items. Moreover, the list includes tobacco (24 items) and alcoholic (134 items) products, as well as (suddenly) used cars (8 items), but not sugar, tea, etc.

As a result of the "reform", the duty on many different goods imported into the republic and not included in the preferential list soared 3-6 times, in connection with which entrepreneurs and republican producers (local confectioners, for example) suffered losses, and terrible queue. On September 2, Resolution 48-1 was canceled. Everything returned to normal, but a few days was enough to cause significant damage to local business. And at the same time, and make money by smuggling the required amount of alcohol and tobacco products (reducing its cost in relation to the local one) and used cars, which will now be profitably sold in car dealerships of the republic.

It is problematic to perceive this special operation differently from the "green corridor" for the one-time import of expensive goods. Otherwise, it would be necessary to declare about the complete dysfunction and professional unsuitability of the republican authorities. There is indeed little professionalism, but it is far from complete incompetence: local officials know how to count. Especially when it comes to money and your own income.

It is noteworthy that the local press did not focus much on these perturbations. At least, the traffic jams created at the customs were silent. Curious ... Did the authors and performers of this show really expect everything to go unnoticed? That it will be possible to calmly pretend that everything is in order, they just made a mistake and inflated prices for sugar, raw materials and a lot of other products, simultaneously loading their retail chains with very profitable goods. Just by accident, instead of 2,5 items, they opened preferential imports for 380, of which more than half are alcohol and smoke, plus used cars. Most likely, the count was not on the fact that no one would notice, but on the usual impunity.

All this amazing activity is taking place in the shadow of Donetsk's rather loud statements about its readiness to bomb the Ukrainian positions, which have been arbitrarily equipped in the gray zone. True, they were supposed to destroy the strongholds of the Armed Forces on September 3 at 22.00:7, but something went wrong: they gathered in Donetsk, talked and ... postponed the final and irrevocable destruction of the trenches and dugouts of the Armed Forces of Ukraine to September XNUMX.

In accordance with clause "e" of additional measures, I decided to issue an order to open fire on illegally erected engineering structures in the area of ​​the settlement of Shumy. Formal notification of this decision will be sent by our representatives to the Contact Group. The detailed coordinates of the location of the operation will be communicated to the Ukrainian side through the JCCC. I call on the Ukrainian side to ensure the absence of personnel in the indicated area from 08:00 on September 7, 2020. We don't need human sacrifice. We don't need to break the truce. We only want to comply with the agreements reached. I appeal to the OSCE SMM with a request to monitor this operation at the designated time, "
- reads a message on the official page of the head of the DPR Denis Pushilin.

Ctrl Enter
Noticed oshЫbku Highlight text and press. Ctrl + Enter
We are
Situational analysis of the death of the MH17 flight (Malaysian Boeing 777), made on the basis of engineering analysis from 15.08.2014Results of the week. “In our cooperative, the board is always agreed”
33 comments
Information
Dear reader, to leave comments on the publication, you must to register.