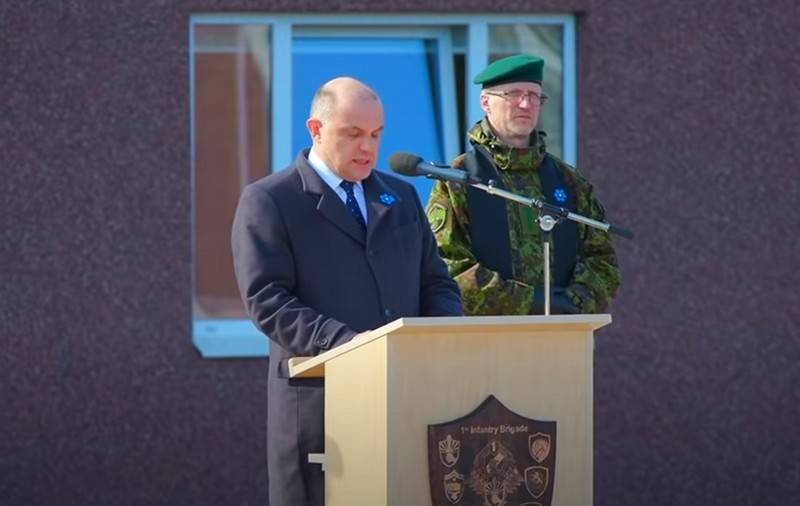 The Estonian Defense Ministry plans to conduct additional arms purchases in response to Russia's military exercises. This was stated by the head of the Estonian military department Juri Luik.


The Estonian Defense Minister in an interview with Aktualnaya Kamera said that Estonia is deeply concerned about the military exercises conducted by Russia. In this regard, it was decided to purchase additional weapons, such as naval radars, communications and mines. With regard to mines, Luik did not explain what kind of mines they were going to buy.

According to the minister, Russia's naval exercises with landing ships in the Baltic Sea are of particular concern.

Most troubling is the fact that Russia is using three large amphibious assault ships in the exercise, capable of transporting an entire amphibious battalion wherever Russia wants it. Therefore, the movement of such ships in the Baltic Sea is of great concern.
- he stressed.

Luik also accused Russia of flying combat aircraft without the included transponder and flight plan, in connection with which aviation NATO is forced to constantly fly out to intercept them.
Ctrl Enter
Noticed oshЫbku Highlight text and press. Ctrl + Enter
We are
Summary of the week from voenkor Mag about events in the DNI and LC 21.04.18 - 27.04.18Reports from the militia of New Russia for 27-28 September 2014 of the year
66 comments
Information
Dear reader, to leave comments on the publication, you must to register.